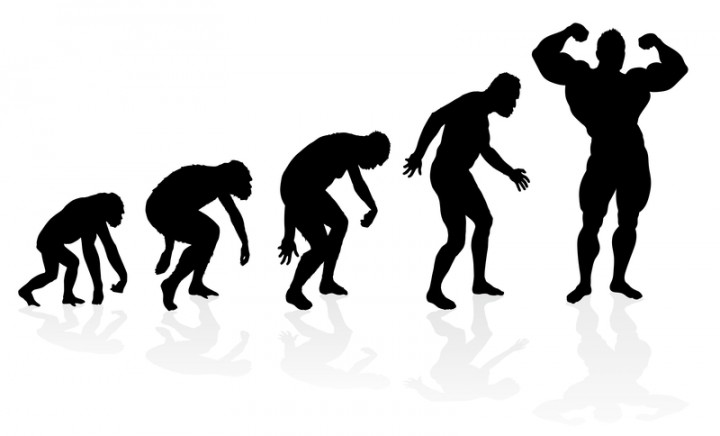 In today’s day in age, people love to make statements like “Everything gives you cancer now.” or “Everything kills you now. One day it’s gluten, the next it is eggs.” Unfortunately, to the uninformed individual, statements like these seem, for lack of a better term, completely true. The real truth is, the same things have given us cancer, cavities, obesity, diabetes, etc. forever, and these same factors will continue to be the culprits far into the future, and it’s really not that complicated. If one can think critically about the human body and where humans came from, it becomes clear what will make us sick, as well as what will make us thrive. All of these modern “studies”, costing us millions of dollars to “determine” why we get cancer, or diabetes, or almost any other ailment for that matter, are pretty much worthless when you are able to dissect the history of humans. These “new” studies are sort of like funding studies to determine why fish die when you take them out of water, or why polar bears can not survive when you put them in the desert. Those animals evolved to live a certain way, and you just forced them into a lifestyle that is opposite of what they evolved to endure. Pretty simple. The same exact principle can be used to explain the pathetic physical and mental state that the majority of modern human beings are currently in.

This recent statement by the World Health Organization is perfect validation of my point. They claim that meat consumption causes cancer in humans. You could blindly believe this study and stop eating meat, or you could…think, as rare as that act is these days. It is interesting that every human being has sharp “canine” teeth in their mouths designed specifically for searing meat, along with eyes in the front of the skull, indicating a predator, but we are not meant to eat meat. I find it hard to believe that mother nature, evolution, God, or whatever else you might believe in is that blatantly dumb. Not to mention, 100 years ago Americans ate much more meat than they do now, and there was far less cancer, or any other ailment for that matter. Do you really need a “study” to determine whether or not meat is bad for us?

Our current lifestyle is quite literally the polar opposite of the lifestyle our ancestors lived for millions of years, in nearly all aspects. The main lifestyle differences obviously being diet and activity level. Diet is certainly a larger issue in regards to how our current lifestyle goes completely against how our ancestors lived for millions of years, from the foods we eat, how often we eat them, and even how they are prepared. First and foremost in our ancestor-betraying diet are grains. Grain based foods are the majority of most people’s diet today, despite them being completely absent from our diet for millions of years. Our ancestors, based on what was available to them, would have eaten mostly fish, vegetables, meat and eggs. Nuts, berries, and fruit would also be available, albeit in smaller quantities. Fruits and berries are obviously seasonal and without an efficient way to store them, they would be only temporarily available a few months out of the year. Refined sugars, along with any wheat or corn based food would be nearly impossible to consume. It should also be noted that attempting to eat a vegetarian or vegan diet in this “natural” situation would inevitably lead to starvation, most notably in the winter months. With these food choices in mind (fish, vegetables, meat, eggs, no grains or corn, with limited nuts and berries), it is clear that humans more than likely ate a diet that was predominantly protein, fat and fiber. Just in the last couple hundred years our diets have changed to a super high carbohydrate, low protein, and low fiber diet laden with corn and grains. It is actually downright strange how different we eat now than how we are genetically designed to eat.

One of the great ironies of how our ancestors lived is how much of the “health” advice given today also goes entirely against how they lived, which leads people to believe that certain actions are healthy, when they may not be. The main actions that come to mind here are running, or any endurance exercise for that matter, and eating small frequent meals all throughout the day. Running for hours at a time never felt natural to me, and when I think about how my ancestors lived, my gut feeling may have been right. It is hard to imagine any reason that early human beings would run slowly for extended periods of time. They would have certainly sprinted at times, in an attempt to catch prey and or avoid becoming prey, but they would never run for miles and miles at a time. To travel long distances they would have obviously walked, simply because the human body is not cut out to run for extended periods. It is no coincidence that most people who are distance runners do not look very good. They usually aren’t super lean, and they are never muscular. This might be due to the fact that human beings evolved in a fashion that made running obsolete.

Driving this point home even further is the fact that primitive humans, especially males, would have had to be strong, with a significant amount of muscle. Without modern machines to help build shelters and lift heavy objects, this all would have been done by hand. Size and strength would have also benefited our ancestors in their hunting escapades, as well as when they were being hunted by other animals. This could very well explain why the modern human body responds much better to weight training than it does to excessive cardiovascular training. Weight training has also been shown to increase lifespan and quality of life through strength and injury prevention, far more than cardiovascular training.

In regards to our evolutionary past, this whole idea of eating many small meals throughout the day, may not be the best idea either, although it is one of the most excepted “healthy” things to do today. Unlike modern humans, our ancestors did not have the luxury of unlimited amounts of food being available at all times, mostly because they would have had no real way to preserve foods. Not only that, but they would have been far too busy performing all the tasks needed to stay alive to just roam around eating small meals all day. More than likely, our ancestors would have hunted for a long period, than feasted afterward and not ate again for another extended period. I personally ate small, frequent meals for years and years, and just like running, it never felt natural to me. Eating small meals all day long basically leaves you hungry all day long, because you never eat enough at one time to fully satiate yourself. Once I started eating two or three larger meals per day with extended periods of “fasting”, my hunger issues disappeared.

It must be noted that for a person who has never had a weight problem, practically any dietary regime will work fairly well. Often times people will say they eat many times throughout the day and it works great, but if you look into their past, they have never had an issue with food in their life. People like this can eat once a day or ten times a day and they will usually do fine, as they are not food lovers who struggle with their weight. Some people may also be thinking, many Americans already eat only one or two meals per day, so they are actually doing the right thing from an evolutionary standpoint, and that flies in the face of this entire discussion. While I do believe their food intake distribution might be correct, they are eating pasta, pizza, and cookies, not meats, veggies and healthy fats. No matter how you slice it, the foods you choose are, and always will be, ten times more important than when or how you eat them.

Next time you are wondering whether not a particular diet or training tactic is a good idea, take a few seconds to think back over the last couple million years and determine if what you are about to do resembles anything our bodies have evolved to do. If the food or activity choice is something that our ancestors did not partake in for millions of years, it is probably not a great idea to suddenly introduce it. Modern technology has allowed us to live a lifestyle that heavily contradicts the way we lived for millions of years, and ignores the fact that our bodies evolved to live in a fairly specific fashion. When an organism evolves over millions of years to live in a specific fashion, and you abruptly change that, bad things happen to that organism. No different than putting that polar bear in the middle of the desert.