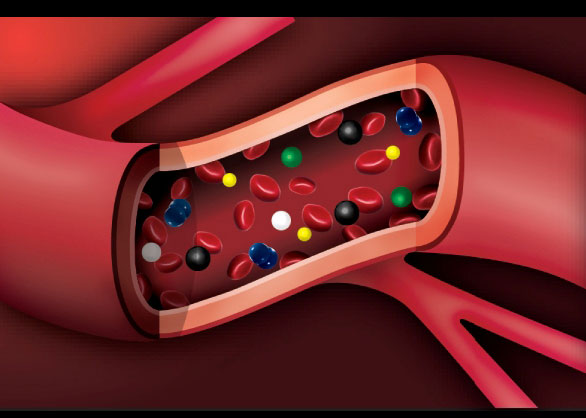 Often times, as I am looking through the various threads posted on my favorite bodybuilding websites, I will stumble upon a comment that is not only inaccurate, but potentially dangerous to the uneducated or easily influenced. Most of the time I just ignore this kind of stuff, optimistic that others will come by and set the record straight, but every now and then the message presented is so egregious that I feel compelled to respond to a wider audience, in the hope that such information will be quashed before it has a chance to reach anyone else.

This was the case just a few days ago, when I had a short conversation with someone about the use of Erythropoietin, more commonly referred to as EPO. Erythropoietin is nothing new to the world of bodybuilding, making its entrance into the sport shortly after gaining FDA approval in 1989. However, any popularity it enjoyed was short-lived and for good reason—because EPO is not only useless for bodybuilding purposes, but can be potentially dangerous, even life threatening. This is especially true for steroid users. However, in order to understand why the use of EPO in bodybuilding circles is a reckless proposition, we first need to learn what EPO is and how it affects the human body.

Originally, AAS were the only effective option for the treatment of this disease, due to their ability to stimulate red blood cell production. Anadrol was the most frequently prescribed medication for this purpose and was often administered at dosages of 200-300 mg daily. As you can imagine, the strong androgenic potency of this drug made it far from ideal, especially when used in female patients. With such a harsh side effect profile, researchers continued to search for a safer, more socially acceptable alternative. This led to the eventual production of synthetic EPO. Much more selective in its actions, EPO treats the problem of poor red blood cell production directly without affecting other bodily systems.

Although highly effective, EPO use must be closely monitored to ensure that RBC count remains within a normal range, as excessive RBC’s (polycythaemia) place the individual at an increased risk of heart attack/stroke via blood clot. The reason for this is simple. Human blood is comprised of 4 primary components: plasma, red blood cells, white blood cells, and platelets. Plasma is the liquid part of our blood, in which the other three components are suspended, allowing them to circulate through the bloodstream. Under normal circumstances plasma makes up roughly 55% of our blood volume, while the solid part of our blood (i.e. RBC’s, WBC’s, and platelets) makes up the remaining 45%. Although these percentages can vary depending on sex, hormonal status, and other factors, they remain fairly consistent across the board, as even slight alterations can be potentially problematic.

This can increase clot risk in two ways—by impairing circulation and causing abnormalities in platelet function. In order for blood to remain in its liquid state, it must remain in perpetual motion, which is accomplished through circulation. However, if the blood gets too thick, circulation will slow, significantly increasing the possibility of internal coagulation. Whether or not a blood clot poses a health risk will depend on both its size and location. If a clot of sufficient size makes its way to the heart, the end result is a heart attack. If it travels to the brain, one can expect a stroke and if it gets lodged in the lungs, it is referred to as a pulmonary embolism. All of these can potentially result in death or severe impairment.

As mentioned above, polycythaemia can also cause abnormalities in platelet function by interfering with the process of platelet aggregation, causing the platelets to clump together and form a clot. Regardless of the causes behind clot formation, the fact is that excessive RBC production can dramatically increase heart attack/stroke risk.

With AAS and EPO both stimulating the production of red blood cells, combining the two can lead to extreme elevations in hematocrit. This is potentially disastrous, as many steroid users already have hematocrit readings well outside the normal range. Adding additional red blood cells into the mix when the individual is already in the danger zone is foolish, to say the least, and don’t think you are safe just because your AAS dose might be in the low-moderate range. Even testosterone replacement therapy (200 mg/week) has been shown to increase hematocrit outside the normal range.

In fact, steroids users are more likely to experience a heart attack/stroke when using EPO than anyone else. When looking at cyclists as an example, who are well known to use both AAS and EPO in preparation for competition, there have been numerous deaths attributed to their use. If cyclists are dying under these conditions, bodybuilders are certainly not exempt. In fact, bodybuilders are generally more likely to die from EPO than are cyclists, due to presence of additional risk factors. For one, bodybuilders typically use much higher dosages of AAS, resulting in greater steroid induced RBC production. Likewise, the dehydration tactics employed pre-contest can result in sharp, acute spikes hematocrit.

Making the entire concept of EPO use in bodybuilding even more ludicrous is the fact that it has absolutely no benefits for a bodybuilder! Now, if it offered the user some type of advantage over their competition I could understand why a bodybuilder might want to use it, but EPO offers no advantage whatsoever. Remember, the sole reason for using EPO is to increase red blood cell production, but with most steroid using bodybuilders already having an elevated hematocrit reading, sometimes dangerously so, further increasing red blood cell count is the last thing a bodybuilder would want to do. Heck, most steroid using bodybuilders should actually be donating blood once every 8 weeks for the specific purpose of reducing RBC count, not taking drug designed to make the problem even worse.

The entire idea of EPO in bodybuilding was a poor one right from the start. Most realized this years ago, which is why its use never caught on in this sport, but with new bodybuilders constantly coming into the fold and several UGL’s offering this drug to the public, the need to continue reiterating this information is ever-present. The bottom line is that EPO has no place in bodybuilding, regardless of circumstances. The specific effects it provides are not only useless in helping a bodybuilder achieve his goals, but are counterproductive to one’s health.