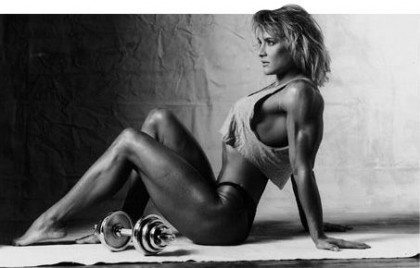 All industries have trends, and these trends tend to repeat themselves. Music and fashion tend to recycle every few decades with new bands and styles rehashing previous ones after the “eew” factor has faded from when it initially became un-trendy. Just an FYI, high waisted jeans always looked disgusting and don’t listen when any magazine or TV show tries to tell you otherwise, ladies.

Bodybuilding is no different. The trends go in and out of popularity much quicker than the previously mentioned industries, but they are equally as cyclical and possibly even more predictable.

The two main variables that tend to rotate into opposing viewpoints back and forth are training and diet. The epic debate of high volume training VS low volume training is perhaps the most beaten to death senseless topic in the history of bodybuilding. High volume training was the basis for bodybuilding in the early days and carried it for many years, as many bodybuilders used marathon length workouts to not only build muscle but condition their bodies. Times changed and people experimented, and as bodybuilders began to learn how to truly manipulate their diet and nutrition, they found they could more easily control their body fat levels. Also, it wasn’t till later on that stationary cardio equipment became common and functional, and that also played a roll.

We had pioneers like Mike Mentzer analyzing what is required, volume and intensity wise, to build muscle. He was the antithesis to the high volume training of his peers and predecessors. He proved that muscle could be built with much less time spent lifting weights, if the right principles were applied.

And guess what? People kept growing. As time went on we saw volume training come back into favor for most competitors (with some notable exceptions like Dorian Yates), and still progress was made. Around this time the internet became increasingly accessible, and this changed bodybuilding trends forever and increased the access to information beyond anything imaginable. Nutrition became something that every Joe Blow could fully research (though not enough did…) and people weren’t left guessing or having to follow what they read in Flex magazine anymore.

In the early to mid 2000’s, we saw new lower volume training programs like DoggCrapp training blossom onto the scene and suddenly people were obsessed with how much weight they were pushing and only doing a few sets per bodypart again. DC is a great training program, but it really showcased how people could attach to the latest trend and bash anything people did before. People would get so obsessively defensive about that style of training that some would have had you believe you can’t build muscle doing anything else, even though all of the great physiques leading up to that point were built on other methods (no disrespect to Dante Trudel, he has always been very open minded, some of his followers on the other hand have not).

On the diet front, all of a sudden carbs became bad. With the advent of the “Palumbo Diet”, everyone was convinced now that since carbohydrates were not essential to the body for basic function, that they weren’t beneficial to bodybuilding. All of the great bodybuilders of the past seemed to do just fine with potatoes and rice in their diet, especially in the offseason, but there was a time in the 2000’s when people would jump down your throat if you had a trace of crum of wheat anywhere in your diet.

Now? People are doing high volume with new intensity techniques, and consuming carbs again, although the trend is to have them structured mostly around your workouts. It’s pretty hard to keep up. The lesson I take from the constant shifts is that a lot of things the original guys who paved the way for modern bodybuilding did with their diet and training worked great for them, and seem to keep popping back into popularity. Experiment with new methods but the basics never change; Push yourself in the gym, don’t be afraid to train heavy AND work up a sweat, don’t cut out an entire macronutrient year-round when food is the best anabolic aid there is, and be careful because whatever you’re doing now won’t be “optimal” again in 5 years!