Dear Bodybuilders; No One Feels Sorry For You 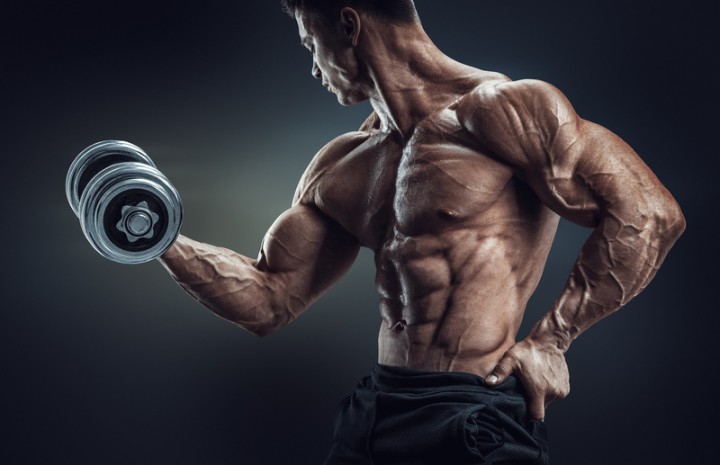 Look, no one said this would be easy. Molding your body into a hyper muscular machine of lean tissue is not something we are programmed to do. In fact, almost every daily task that is required to inch yourself towards achieving the desired look you hold on a pedestal is an unnatural one for the average human. Training involves lifting man made weights in a repetitive fashion until your body tells you to stop, and for maximal results you must master the ability to ignore those cues from your body and push through the pain and fight every instinct in your head. As humans, we are created to avoid pain. Avoid anguish. Our bodies are in a constant struggle to achieve homeostasis and coast in a comfortable state with as little negative feedback as possible. This is how we survive as humans for the most part.

How much attention should an individual give this battle though? Through the advent of social media, the world has turned into a constant living diary for everyone’s daily efforts. People now have an instant forum to complain about co-workers, lament over the troubles of parenthood, and sadly complain about how “hard” their chosen lifestyle of fitness and bodybuilding is.

What type of person chooses a lifestyle then goes on to bitch and moan about it? Well, I have a slight theory on this matter. Bodybuilding and it’s family of associated lifestyles are a melting pot of all types of people from all types of backgrounds. This means you get everything from former high level athletes to people who were formerly obese and glued to the coach before getting a gym membership. Some have long hours logged in a grueling labor job while others have coasted through never challenging themselves. Some have other talents that they have mastered such as being proficient at a musical instrument or form of art which takes thousands of hours of dedicated practice, while others have never dumped their heart and soul into something that pushes their boundaries. Someone working the till at a retail spot who has zero developed talents other than worrying about what’s happening in their social circle is going to be kicked in the teeth with how draining the lifestyle of bodybuilding can be.

If you are not the genetically elite, there is no way to achieve a high standard with your body without sacrificing basic pleasures and comfortability. The bodybuilding diet is borderline paradoxical in nature. Eat enough calories to force your body to build muscle tissue, yet deprive it enough that it burns body fat. These are rarely done at the same time, but the general principle can seem counter intuitive. Dieting phases are filled with extreme hunger signs because your body is in a constant state of burning fat as a fuel source, which only happens when calories are below what is required to operate normally. This must be done while still being conscious of muscle mass however, and simply starving yourself will mean goodbye to the hard earned size.

In the grand scheme of things, this is not difficult. This is simply an exercise in denying the signals to your brain telling you to stop something because it goes against it’s natural instinct and pushing through because you have a goal. But the fact is that many people have never truly pushed their limits before. I find it hard to believe someone who has served in the military is going to make a Facebook post about how much of a struggle it was to reduce their carbs by 25% this week. Is someone who woke up for sports practice at 6am everyday years on end to run laps in the rain going to whine to their friends about going to the gym for an hour to do a chest workout in the temperature moderated fitness center?

I think it’s unlikely. So, who is making all these posts about #thestruggle and how hard they are pushing themselves by eating asparagus instead of potato chips? Most likely people who have coasted through life as a “normal” person whose previous biggest hardship was being dumped by their boyfriend/girlfriend. If bodybuilding is the first pursuit you’ve dedicated enough of yourself to that you have pushed past that signal that says “stop, this isn’t easy” then likely it’s going to seem like a relentless grind worthy of all the sympathy of your friends and family.

You chose to do this, and it’s really not that hard. If you need to tell the world how strong you are for overcoming the basic uncomfort of bodybuilding, you secretly are revealing yourself for being one of the weak ones.