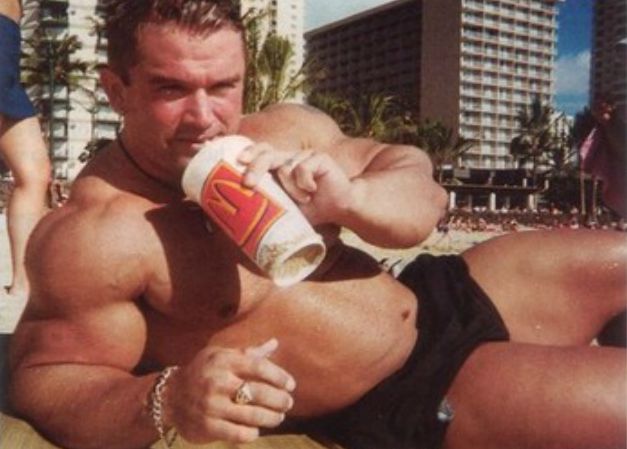 America is sick. We are growing grown (pun intended) more and more obese by the day, the number of people developing diabetes and cancer is skyrocketing, everyone is “depressed”, and our children are unable to learn properly. Many people will blame things like pollution, chemicals in our food and water, or good old genetics. You will find that when discussing illnesses, people love to blame things beyond their control. This is a way to wash their hands of it, and kid themselves into thinking their decisions had no, or will have no bearing on them getting sick. While these factors may be very small contributors to our overall level of sickness, the root of the problem is and always will be, nutrition. The worst part about this issue is our society has gotten to a point where most people, even well educated people, in America know absolutely nothing about nutrition, and the little they do “know” is wrong. So even if they did make a conscious effort to change, they are still completely lost.

I have argued it before and I will argue it until the day I die, nutrition is the single most important aspect of life that we have control over. Nutrition as a child drastically changes how our brains, bodies, and reproductive systems develop. Nutrition is our number one defense against cancer and other diseases. Nutrition changes how your brain functions on a daily basis, which can either make you sharp and productive, or “depressed”, leading you to becoming a pharmaceutical brain-numbing experiment. Nutrition affects the quality of a man’s sperm and his ability to reproduce, and we all should know the devastating effects poor nutrition can have on a fetus. Can you name anything else in the entire world that we have control over, that has an equal amount of power and importance? That said, how many nutrition classes did you take in school? Interesting how our school system utterly ignores the single most important factor in human existence. Of course, what we are “taught” about nutrition is only what the huge food industries want us to “learn”, not what is actually good for our health, so without fixing that issue, classes would be of little use. Nutritional knowledge in our country is poor to a degree that almost seems like some kind of sick joke. Many grown men and woman literally do not know the very first thing about the subject. It would be like saying many grown men and women have no idea who our first president was. Actually, it is much much worse even than that. Yet, nobody really seems to notice or care.

The most important fact about nutrition is that it is extremely powerful in regards to the way you feel, think, perform, and survive. This fact has been completely lost in our society. The public has been coaxed into believing that food is food and it only has a marginal effect on one’s health, at best. People just eat whatever, whenever with total disregard for the choices they are making. Let me be clear. What you choose to eat affects everything about your mind and body, every single thing, with zero exceptions. You would think that when people are making a choice that will affect every last thing about thier mind and body, they would give it at least some thought. Not in America (or many other countries for that matter), not at all. It really boggles the mind if you partake in the ancient lost art of…thinking. This vast lack of knowledge is put on display in many vivid ways by our utterly confused society. I have ranted about parents poisoning their children with soda and bread in the past, so this is the only mention I will make of that horrifying little truth at this time.

A similar phenomenon can be seen amongst older adults and especially grandparents. In our society it has become commonplace for mothers and grandmothers to “show their love” by baking cakes and cookies for the family. News flash, cakes and cookies are essentially poison to the human body. So let me get this straight. You are showing love to your family by poisoning them? Especially the family members who already have a weight issue. You are baking them a cake to “show them love”? What are doing is shortening their arrival time to an already early grave. Very interesting gesture of love. Now, if you are thinking to yourself “C’mon, he is comparing cake to poison. There is nothing wrong with a little cake”, then you are exactly the problem. First of all, if you look up what poison means, then you learn about real nutrition, you will realize that “poison” is actually the perfect description of cake, in regards to our bodies. Secondly, it is true there is nothing wrong with “a little cake”, although grandma usually does not allow her obese little grandson, whose life has probably already been ruined by food, to have “just a little”, she stuffs him as full of cake as she can. So loving! I guess there is nothing wrong with “a little cake”, but it is the same rationale as saying there is nothing wrong with “a little whiskey”, or “a little cocaine”. No matter how you slice it (pun!), it is bad. Oh, and good luck with that “a little” part. We all know how good people are at having just a little when it comes to enjoyable things that harm us. Now obviously these are not malicious acts in an attempt to actually poison loved ones. It is simply, as stated earlier, a colossal lack of knowledge on the topic of nutrition, and more specifically, the powers of nutrition.

Holidays are another prime example of our total disregard for the importance of responsible nutrition. Why is it that every single holiday in America is a massive, unadulterated, junk food orgy? I have never in my life understood this. Every holiday, you name it, 90% of Americans go to a family get together and shovel poisonous foods down their throats until they can barely breath. Can someone please explain to me how this makes any sense at all? Happy Holidays! Let’s see how much non-essential, disease causing food we can get into our bodies in one day! Of all the countless ways we can celebrate holidays, why do we celebrate all of them with junk food shoveling? Think about it. Easter, junk food basket. Halloween, get loads of junk food from neighbors. Thanksgiving, eat until you want to puke. Christmas and new year’s, eat any and all junk foods you can get your hands on, sugar cookies being the all-star. Boy, I can’t imagine why we are sick.

I feel that a complete and utter lack of knowledge is mostly to blame for America’s nutritional issues. However, another major factor is the perceived effort it takes to “eat healthy”, both mentally and financially. It seems as though society goes out of its way to make eating healthy seem like a near impossible task. Try and find a popular sitcom that doesn’t have at least one episode about someone trying to change their diet to be healthier, only to fail miserably. Find a comedian who does not make jokes about eating healthy. The examples are endless. It is like mainstream television mocks the idea of eating healthy as a viable option. Then you have the whole “it’s expensive” argument. Good Lord. How dare the most important thing you can possibly do for yourself in the entire world costs a little more money. Blasphemy! If I delve any deeper into the whole “too expensive” argument, I will end up making some very offensive statements about the general intelligence of our species, so I won’t.

Although we are living longer than we ever have, that frequently brought up statistic is not only going to come to an end very soon if we keep mistaking poison for food, but it is also very misleading in regards to our health. First and foremost, laying in a hospital bed, being kept alive in part by modern technology for years and years, is in fact living longer, but it is the opposite of health. On the same token, keeping a fat sick person alive longer with a plethora of drugs, is not health. The other factor people do not consider are deaths at birth. Obviously with our increased technology and knowledge, we are able to prevent newborns from dying as frequently, which drastically affects our average life expectancy. I hope that I do not have to explain why the saving of babies that are two hours old has nothing to do with the health of Americans. The truth of the matter is, you do have control over your health, and that control is garnered almost exclusively through proper nutrition. Stop kidding yourself and thinking that going to the doughnut shop every morning is not what is making you sick. I can assure you , it is.