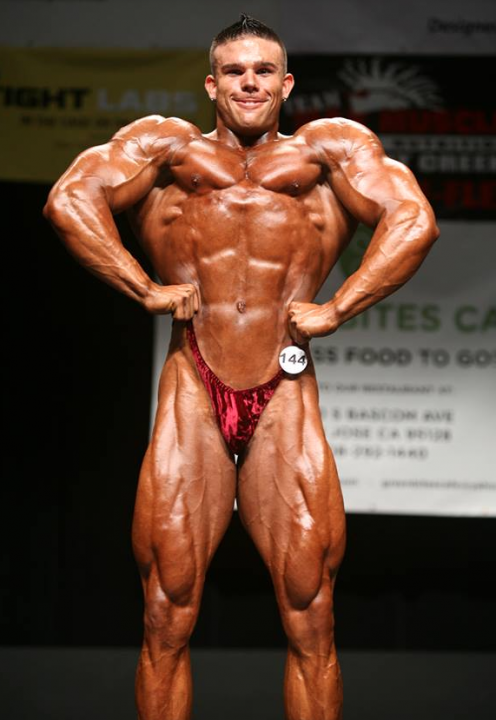 I admit given Boston’s history the article title might be a bit pretentious, but I am not here to discuss Boston as much as I am the example he has put forth—both the good and the bad—and in doing so, maybe help others avoid some of the mistakes that are so prevalent in the bodybuilding community today.

In looking at Boston’s rise to popularity, it becomes immediately apparent that he is one of the few who as able to gain significant public exposure and acceptance (at least from a certain segment of the population) without any credentials, significant accomplishments, or above average knowledge in his field. In one sense, this makes his current popularity all the more impressive, but it also begs the question “how did this happen”?

We live in an age of instant gratification, where people want everything yesterday. Making matters worse, our society enables, even encourages this mentality by making this possible in just about every area of our lives. If we want information, there at least a half-dozen mediums through which we can easily and quickly learn almost anything we want to know. If we are hungry, there are 100’s of restaurants and grocery stores within a few miles of our homes ready to supply us with whatever culinary craving we desire. If we want to travel, we can be on a plane to anywhere in the world within minutes to hours. If we want to be entertained, the number of available options have become so enormous, that simply choosing an activity has become complicated. For those who want access to all of these things at once, there are entire cities that never sleep, dedicated to providing every possible indulgence a man could desire within a moment’s notice (Vegas, anyone?).

With this in mind, is it little wonder that when Boston stepped forward with his now famous before & after photos, while attributing his success almost entirely to steroids, that those with similar aspirations would not be intrigued by his claims of overnight success? It is from this platform, armed with modern social media, that Boston amassed a following of young Generation Y men and women inclined to physical perfection, yet unfamiliar with the hardship and sacrifice required to achieve it. To them, the message, “just take steroids and they will do it all for you”, could not have been sweeter. Sure, they understood that weight training would be required and that they would probably even have to improve their diet a bit, but the primary message being communicated was clear—that drugs are the catalyst to physical greatness, allowing one to make more progress in one year of training than in five years of unassisted effort.

To the mind of a teen or young 20-something, this was pure gold. Forget the potential repercussions. After all, Boston appeared to be doing better than ever and he used a ton of shit! Don’t get me wrong, there was more to Boston’s success than promises of instant gratification. He is an affable guy, seemingly honest, and tells it like it is, well, at least according to his own understanding. These are admirable traits and no doubt contributed to his popularity. Still, the promise of finding a body in a bottle, given credibility through his before & after photos, convinced many that a great physique was built primarily with testosterone and Dianabol, rather than training and nutrition.

Although several criticisms were launched against Boston at the start of his online mission to “educate” the masses, the thing that seemed to bother the more experienced members of the bodybuilding community the most was his unapologetic recommendation for massive dosages, as well as his prioritization of drugs above all else. Still, as with most young people who possess a passion for the sport, he gradually began to see the error of his ways and within a short time, his views began to change, and therein lays the difference between Boston Lloyd and many others who put forth inaccurate information. He spoke from a place of ignorance, rather than making a deliberate attempt to deceive the masses. Although this doesn’t excuse his initial behavior, it does make it more understandable, especially in a day and age when the typical bodybuilder relies on the internet as a primary source of information; a risky proposition, to be sure.

After seeking counsel through respected sources and with a few more years of learning under his belt, Boston started to publicly acknowledge his past mistakes. No longer a proponent of mega-dosing, Boston now advises a more moderate approach to drug use, especially in novice users. Equally important, he has gradually transitioned from the “drugs are everything” mind-set to a more balanced point of view. Certainly, at less than 25 years of age he has a long way to go, but at least he is starting to distance himself from his previous sentiments.

Matters of knowledge aside, we must give credit where credit is due and quite frankly, Boston walks the walk. He is consistent with his training and diet and has built a pretty respectable physique. More so, he has demonstrated the mental tenacity required to get in contest shape—a characteristic that many others with greater qualifications lack. Of course, plenty of other young men have built a physique just as good or better, but that is irrelevant. The point here is that Boston is not just an armchair theorist sitting at home eating potato chips, while making odd-ball recommendations to his clients just for shits and giggles.

By and large, he is his own guinea pig, testing things out on himself in an effort to see what works and what doesn’t and if we are really being honest with ourselves, how many of us who knock Boston for being “irresponsible” do the exact same shit? There are tons of guys out there being completely irresponsible with their health—using massive dosages, allowing themselves to turn into fat, bloated slobs, never getting bloodwork, using “dirty” bulking as an excuse for poor eating habits, not taking a single preventative health measure, and to top of off, most of these guys are 10-20 years older than Boston—a time when someone is much more likely to suffer serious drug-induced health problems.

In reality, Boston is not much different than many of us—he just had the audacity (some would call it foolishness) to put it all out there for the general public to see. Now, I am in no way suggesting that Boston’s alleged 13 gram cycle is anywhere close to the norm, but aside from this singular instance, he has not been anywhere near as extreme in subsequent cycles. Still, one thing is certain, whether you love him or hate him, Boston had made quite a name for himself, even to the point that his detractors know what he’s up to.

As one who wrote a prior article centered around Boston’s poor choices, some of you may be wondering why I’ve had the change of heart. Before we go any further, let it be known that I am just as opposed to Boston’s earlier viewpoints now as I was then. However, over time I have found that many of the individuals who criticize Boston, right or wrong, are hypocrites. They bemoan the fact that he jumped right into high doses, televised his use to the masses, used his YouTube fame to lure unsuspecting youth into hiring him for “coaching”, and led people astray with his drugs are everything mentality.

First of all, can you really fault him for accepting money from people who want his services? Regardless of his level of competence, what aspiring coach is going to turn down potential clients simply because someone else may think he is unqualified? At 22 years old, it must’ve been a dream come true for him and a big step toward financial independence. I wonder how many people here with an equal skill level would have turned down such an opportunity? My guess is not many.

Secondly, if Boston wants to take the legal risks that come with plastering his face all over YouTube and detailing every aspect of his personal use, why should someone else give a shit? If it his risk to take. You are free to believe that doing so is foolish, irresponsible, or whatever, but it doesn’t provide justification for hating the guy. From where I stand, it seems that his choice has paid off, at least for the time being.

As far as Boston leading the younger generation astray, gimme a break. Boston is a product of today’s younger generation, not the cause of it! I am not going to sit here and say that no one has been led astray by his words, as I am sure there have been more than a few naive individuals who adopted his initial outlook hook, line, and sinker. They may even experience health problems because of it, but let’s get something straight—anyone who is going to start jamming a bunch of illegal drugs into their body without bothering to educate themselves on the subject is a moron and would likely have ended up taking bad advice from someone else anyway. People who fail to exhibit personal responsibility in such areas do so because of their own psychological-mental deficiencies, not because they were innocently duped by a 22 year old kid on YouTube.

Personally, I find Boston interesting, and unlike many others with a similar degree of influence, he does not come off as a know-it-all. I also appreciate that he is willing to admit when he is wrong and is an avid learner. So long as he maintains these characteristics, he will probably end up doing pretty good for himself, assuming his YouTube antics don’t land him in jail before that happens.