Bodybuilding on the Verge of Extinction! 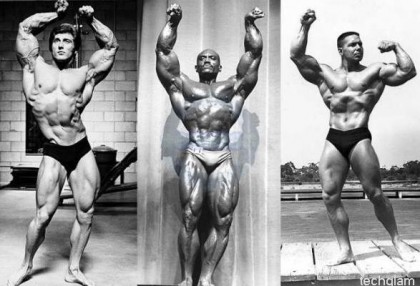 At this moment in time the world of bodybuilding is undergoing a huge transformation. New physical ideals are winning ground. The so called “aesthetic physiques” – the men in board shorts are growing in numbers, both on the competitive stages and in the mainstream gym world. Additionally, we are seeing previously unknown social media fitness personalities getting more and more attention and fans. As a consequence, these days it seem to be more important how many followers you have on your social media such as Instagram or Facebook than bodybuilding achievements or solid knowledge about training and nutrition. Boiled down, we can see that visibility on internet is the primary key to success, not what you have achieved.

The question to be asked in this article is what direction is the sport of bodybuilding heading… and is it true as they say that bodybuilding is slowly dying and is on the verge of extinction?
If we look back in time to when the bodybuilding movement became an international culture, the days of Muscle Beach California in the 50s, we can see the perception of bodybuilding has gradually changed. In the early days the concept of training and building muscles was as far from the mainstream as it could be. Men went to the beach to train an to Spartan facilities with basic gym equipment to do base movements like squats, bench and deadlifts, etc. The goals were to get strong, build muscles and be healthier. 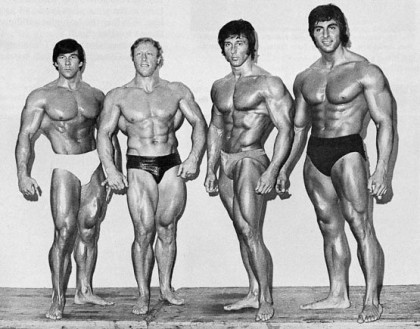 The transformation from the prominent era of bodybuilding in the 50s to the 90s has however got more and more integrated over the years with the raw commercial fitness lifestyle.
The idea of the fitness lifestyle has swept like the Coca-Cola mainstream train around the world for decades… country by country, city by city. This has meant that a lot of people have moved from the couches and office chairs a couple of hours a week, to go to the local gyms to work out and they have become more aware of nutrition which is positive. However, this fitness train has also changed the roots of bodybuilding.

What’s important to understand about the transformation of the fitness movement is the fact is that bodybuilders created the gym world. Later on mainstream training has in some ways killed its roots with commercialized gym chains and greedy capitalism. Nowadays it’s not uncommon for bodybuilders to be kicked out of gyms because of their training intensity or that they look too muscular, or simply for seeming too intimidating to general gym members.

This mainstream idea, where money is prioritized over the passion of gym equipment and culture in general has also succeeded in gaining more power in the bodybuilding industry. This new concept has started to reshape the physical ideals and lowered the bar to a more mediocre Instagramian body type. As a result, this has meant that guys who once grew up with Arnold, Haney, or Cutler posters as their idols, guys who dreamed about becoming IFBB Pro bodybuilders and Mr. Olympia one day, are becoming fewer and fewer day by day.

From my perspective there is something wrong when more and more young guys are adoring and want to look like the men in board shorts, when many of these top level guys themselves, at every chance they get, in front of the mirrors, or with a camera off stage, hit bodybuilding poses! Like a most muscular or a double biceps, pretending and wishing to be the NPC heavyweight champion of 2010. 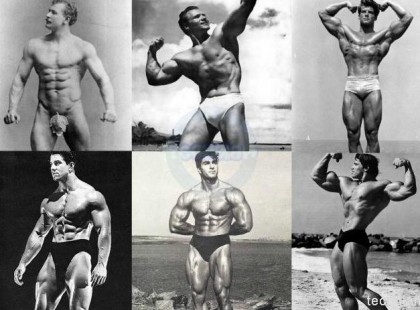 Furthermore, we are seeing more and more IFBB pro cards given out both among men and women, but with two differences compared to 10 years ago, and that is the majority of cards given out to the men’s physique and bikini competitors. More people are competing today and we see more pro shows in general. This is in some ways positive, yes, but at the same time we are seeing fewer young and hungry bodybuilders and IFBB pro prospects than before. The eye of the tiger is slowly transforming into the eye of a kitten.

In addition, the lineups at bodybuilding competitions are getting weaker with fewer competitors. We don’t see the same growth of bodybuilders anymore. Sure, there are guys like Justin Compton or Dallas McCarver, but in general, they are a lot fewer since the day when guys like Lee Haney, Flex Wheeler or Kevin Levrone emerged on the bodybuilding scene.

Nowadays, it’s not unusual that guys over 40 get the first call and even win the shows. For one thing, this tells us that athletes can compete when they are older than 40, and on the other hand it tells us that bodybuilding isn’t what it used to be. During the 80s or 90s, for example, young athletes began at an early age to write their legacy, they won contest and followed up the win, and competed with success at the Olympia as well!

I remember the years of the Night of the Champions, about 10-15 years ago when we saw rising legends in their 20s like Mike Francois, Nasser el Sonbaty or Dorian Yates taking the stage. The energy and hype was different, the venues were bigger and the seats were packed. During this time it was not unusual to see around 40-50 heavyweight IFBB Pro bodybuilders ready to go to war beneath the big spotlights. Who doesn’t remember Dorian Yates fans pressing their loud sirens as he entered through smoke and onto the Olympia stage… well, those sirens silenced a long time ago.

What about a possible change then? Can bodybuilding – the forefather of all divisions – undergo a Renaissance? I personally find that hard to believe, because a whole new competitive landscape is shaping where divisions like men’s physique will conquer all in the near future. One the other hand, the situation with a new fitness mainstream taking over may not be so bad after all… at least for the bodybuilders who just care about the basics of “real bodybuilding” without mainstream fitness being able to interfere with its original purpose.

In the end we have to accept that time changes the world over the years and that includes bodybuilding. Regardless of competitive bodybuilding being extinct, one thing is for certain, the man who loves to train and build muscle mass and power will always survive.