Bodybuilding Judges Are Only Human 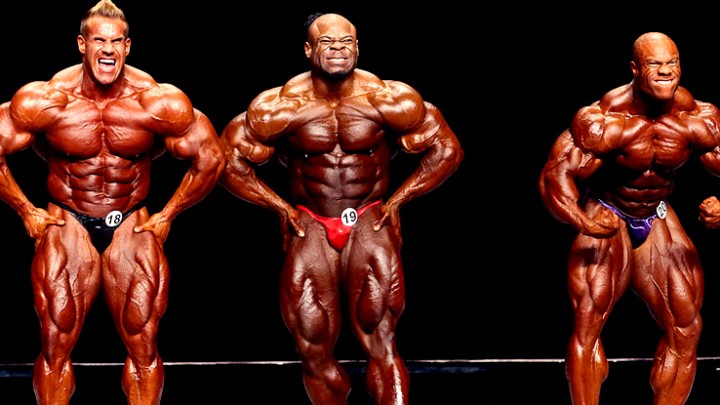 The topic of subjectivity tends to come up in discussions of the way that bodybuilding is judged more than any other subject. It is also often said that bodybuilding shows are judged based on specific criteria by skilled professionals, with no outside influences. If you believe the latter description, you would have successfully starred alongside Jack Nicholson in One Flew Over the Cuckoo’s Nest. In fact, when all aspects are considered, one could make an argument that the word subjectivity, as it relates to bodybuilding judging, is only used to mask the influence of outside influences and personal feelings. There are obviously several factors outside of an athlete’s physique that can have an influence on his or her placings. Despite what 99% of the readers are thinking, I am not referring entirely to politics. Instead, I am referring to the human aspect of judging a bodybuilding show. The only way to fully eliminate these outside influences would be to somehow have the judging done by an autonomous machine of some sort. As much as I respect men like Steve Weinberger and other elite level bodybuilding judges, as well as the vast amount of work they do, they are still human beings with human emotions.

Vast improvement from one show to the next is one of many situations which can have a positive effect on an athletes placing. Case in point, Jay Cutler in 2009, and Kai Greene in 2012. Jay, coming off of a few lackluster showings, showed up arguably at his all time best in 2009. These former poor showings certainly had an impact on how the judges and fans alike viewed Cutler on that day. Don’t get me wrong, Jay was the deserving winner of the show without question. However, the stink his 2009 physique caused around the industry, as Fat Bastard would say, could gag a maggot, smelled like carrots and throw up, even stink would say it stunk, you know when you go into…, you get the idea. Would this rendition of Jay Cutler have caused as much of an uproar had he been in great shape several years in a row prior? Unlikely. Kai Greene enjoyed a similar non-physique-related-boost at the 2012 Mr. Olympia. After coming in too heavy and a bit bloated looking for several shows in a row, Kai came into the 2012 Olympia far lighter than he had been in years, looking very streamlined. This seemed to shock judges and fans alike into thinking he looked better than he actually did, and many even had Kai defeating Phil when asked after prejudging. Looking at pictures, or the score cards for that matter, the show was not all that close. Nonetheless, it was touted as one of the closest calls in Olympia history by many industry insiders. In reality, Phil’s upper body was significantly harder than Kai’s, and in the most muscular shot, Kai looked like an NPC middleweight next to Phil, sealing Phil’s second Olympia victory.

Nothing pulls at a sports fan’s heart strings like an athlete overcoming a severe injury or other health ailment to once again perform at his or her best. Even more so than making a vast improvement from one show to the next, overcoming an injury and showing up great soon after can have a powerful effect on the way an athlete is perceived. Aside from Tiger Woods winning the US Open on, for all intents and purposes, a broken leg, Branch Warren’s quad tear comeback at the 2012 Arnold is arguably the most impressive of all time. Sorry Adrian Peterson fans. Everyone and their brother knew that Branch was attempting to perform the greatest injury comeback the sport has ever seen. They also knew that his chances of winning were slimmer than a Victoria’s Secret model fresh off a post meal heave. If the show was close, which it was between Branch and Dennis, is it possible that this remarkable comeback story had zero bearing on which athlete the judges leaned towards choosing? Let’s be honest, even an autonomous machine might lean towards Branch in that situation.

The most obvious of all outside influences on the outcome of a bodybuilding show is the general attitude of the athletes, as well as their respect, or lack thereof, for the judges. It is not difficult to see how the story of a came from nothing, humble family man, may give an athlete an advantage over the story of a self centered, born into wealth, disrespectful competitor. This concept is the basis for Rocky, the greatest boxing film of all time, as well as countless other emotion-invoking books, movies, and television shows. In regards to bodybuilding, the Kai Greene and Phil Heath story comes to mind, most notably at the 2013 Mr. Olympia. This is not to say that Phil Heath is self centered or disrespectful, but a lot of fans certainly perceive him to be. Did Kai’s humble upbringing and more importantly, his heavily exaggerated role in Generation Iron have anything to do with the fact that he placed ahead of the best Dennis Wolf we have ever seen? I think the answer is fairly clear. Everyone saw the colossal effect these exaggerated movie roles had on Kai’s fan base, as well as the birth of a few thousand new Phil Heath haters, so why not?

One athlete who often seemed to get the short end of the judging stick while he was competing was Will “World” Harris. Will Harris was not shy when it came to complaining about placings, something he did on a regular basis. Will Harris could also be seen in numerous interviews poking fun at the judges and blatantly disrespecting them. The line “That is up to all the doughnut eating guys down front,” from the old Bodybuilding.com Olympia series, comes to mind. Is there a correlation between Will’s distasteful attitude towards the judges and his seemingly out of place finishes? You know what they say, if it looks like a duck, swims like a duck, and quacks like a duck, it is probably Will Harris. Lee Priest and Toney Freeman are seasoned professional bodybuilders who do not necessarily get “screwed” in their placings, but certainly never get any gifts. Not surprisingly, both of these men have publicly expressed displeasure in regards to their placings, as well as the entire judging format in general.

At first glance, these facts seem like a legitimate problem that needs to be remedied. They do however, make bodybuilding slightly more interesting and unique, like it or not. One aspect of bodybuilding that sets it apart from many other sports is the extent to which we are able to learn about the athletes personal lives, and upbringings. In bodybuilding, fans get to know the athletes on a nearly personal level via radio, magazine, and live interviews, as they climb their way up the amateur and pro ranks. Taking this away might “remedy” these outside influences slightly, however it would also eliminate one of our sport’s greatest characteristics.