Bodybuilding Is in for Its Biggest Change Ever! 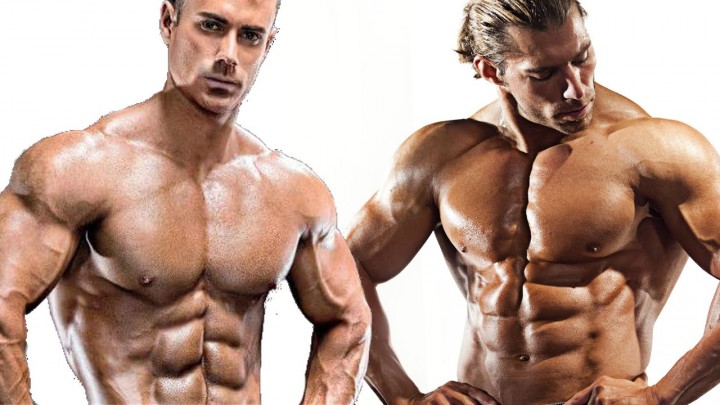 Year after year through the history of bodybuilding the Mr. Olympia lineup fails to live up to its former quality and glory. We as fans were always impressed by the athletes in each lineup, but this has radically changed in recent decades. The old fascination with the lineup has transformed into more frequent letdowns.

It seems like back in the day, the Mr. Olympia weekend in some sense use to be more valuable for the competitors in the men’s open division. However, this is still the time where the best qualified international bodybuilders gather from everywhere… New Zealand, Australia, Germany, USA, England, Canada, and more!

This is the final place and time where the athletes would bring their absolute best packages to the stage because of its prominence. Every little step was measured through meticulous preparations. Every millimeter of the game plan had to be correct to meet the judging criteria, because now they had finally reached the top of all elites, the most respected and prestigious stage of the bodybuilding world: Joe Weider’s Mr. Olympia!

As mentioned, the glory of reaching the Olympia stage seems to be somewhat forgotten. However, it use to be a huge occasion for many of the athletes, a time in their careers where they finally stood toe-to-toe with the best bodybuilders around, athletes who they admired and looked up to, and had read about in magazines during the beginning of their bodybuilding journeys. For many of them this was the biggest thing to ever experience in their lives. And regardless of genetic structures, they brought their best packages they could, of course. Some had been working the whole year for this specific moment, while others had competed in a few shows between, but this was the day. This was the battle of the year, the thrilla in Manila, the D-Day!

The bodybuilding world use to have high expectations when the doors opened to the venue of Mr. Olympia, and rightfully so; they had a great belief in the competitors, something which more or less always had been fulfilled the day when the doors of the Olympia weekend finally closed for the year. However, beginning in the end of the 90s there were some issues with distended bellies. But in general the fans and media around bodybuilding spoke about how good they were, and not how they failed again by poor conditioning or how flat they looked.

In addition, I don’t know how many times before shows in general I hear people say, “I bet he won’t deliver in this show either. He’ll be just like last year.” Statements like those were unheard of when guys like Lee Haney, Shawn Ray, and Kevin Levrone competed. It’s crazy, but even rolling back bodybuilding science 20-30 years it was still generally a better and more professional approach to competing back then, and they also succeeded without any so-called “Gurus” to help them out.

Furthermore, we see a different type of athlete today. The pro lineups are still quite impressive, but there is always something lacking. As mentioned, either poor conditioning, funky looking body parts, a lack of definition, or torn body parts. The mass with the equally important conditioning as we saw in the golden age of two decades ago has been transformed into a collective of the Michelin Man type of bodybuilding physiques.

The golden decades, either if it was the 70s, 80s, 90s – or another decade you might prefer – are gone. The open division; the prime division has failed too many times to deliver, even at the biggest event… the Olympia! The reasons for what we are seeing today are no one specific fault, it’s the results of the evolution of an open division without any weight limits; it’s the evolution of getting bigger and bigger.

I still think the current Mr. Olympia Phil Heath or his adversary Kai Greene or all the other prominent pros still do a lot for our sport, however the total package of symmetry, conditioning and mass, is long gone. It seems like our sport peaked a long time ago and 20 years after its last golden decade it can’t find its previous addresses, and will probably never find it again. Something new needs to happen in the culture of competitive bodybuilding.

I think that the answer to a (Renaissance of bodybuilding) might be the rise of the new division Classic Physique in 2016; a division which will focus more on moving away a bit from the size game. Instead the class will be focusing on the equally important attributes of bodybuilding such as symmetry and muscle size, balanced with emphasis on condition and definition.

In addition to all the complaints we have heard from both fans but also competitors over the years regarding conditioning, definition, etc., I believe that this new division can really fulfill those ideals in a satisfying way. I believe Classic Physique might be a positive surprise for many of us; it might be the messiah of bodybuilding. And I would not be surprised if Classic Physique eventually knocks out the Men’s open division in popularity.

So keeps your eyes and ears open; the new age of our sport is coming, bodybuilding is in for its biggest change ever!