Bodybuilding in the year of 2045 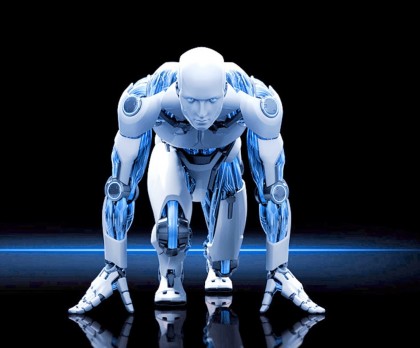 30 years ahead from now the Mecca of Bodybuilding is sadly enough nothing more than just a memory whispering in the salty winds of Venice beach. There is one thing left though is a monument that is proving its great existence at one point time. It’s a large bronze sculpture of a person who by this time is still considered to be the greatest legend from this golden era. We are talking about a time period when Gold’s gym and Venice beach still was one of the great sanctuaries for bodybuilders from all over the world.

Walking further towards the monument you can almost immediately see who it is. The statue is a monument of the King of the Hill – the King who never went down, Mr. Arnold Schwarzenegger.
Arnold is doing the archer’s pose while he is smiling and glancing towards the ocean and the horizon of the sun. The feeling the statue is giving off can be summarized by Latin phrase: “Veni … vidi … vici” – but with an Austrian accent of course.

This leads us into the purpose of the article and that is to make a prediction or a prophecy about the bodybuilding & fitness culture 30 years from now.
By 2045 when the Mecca of bodybuilding as a memory from the past – not even Google who bought the facilities and property around it back in 2012 is around – the area has now turned into a strict business district of different operations.

With Gold’s Gym and Muscle Beach gone there are still some parts of the original culture around. The culture of bodybuilding has continued to trickle down all over different states and cities. The concentration we once saw around California, Texas and New York has more or less vanished.

The culture of bodybuilding and fitness has continued to change over time. The new form of gym culture contains of people who uses their workouts as a compliment to other sports or activities to a much higher degree than what we are seeing today.

Don’t worry though gym chains like Planet fitness have turned into planet pancake by this time and age in other words they went out of business a long time ago. These new gym facilities or chains do encourage people who train hard and dedicated. Additionally we do not see too many people who only train to reach physical attributes anymore. It is more or less all about strength and functionality due to the overload of computer work more and more people than even today are working with the computers and that’s why training is beneficial to stay healthy and why workouts still is highly alive.

Furthermore, believe It or not – cross fit is still around – but as a much more improved sport. It has been polished over time through ergonomic expertise and sport science and this has In addition made it a lot healthier physically and mentally I’ll guess.

By 2045 the purpose of the shows is still to judge physiques – similar to men’s physique of today but judging criteria do also count in aspects of successful entrepreneurship, personality and what projects for the society the contestant has been involved in and how successful this have been for the society, In other words we are more talking about a “Man of the Year contest”.

What about the bodybuilder as we know him of today is he still around? – Yes he still exists – and has never really disappeared since the beginning when the father of bodybuilding Eugen Sandow hit his first front double biceps poses in front of a cheering crowd back in the late 1800´s.

Things has changed though the bodybuilder that we use to know – by the year of 2045 he’s fed up with the whole new concept of competing and in some he has actually returned to his roots. That means to the underground gyms where he can train and build muscles without a cultural time period trying to change his core values for what he consider to be bodybuilding.

Why has he survived then? Well there is something deeper in the culture of the hardcore bodybuilders than muscles and training there are philosophical views that not anyone can grasp that’s why it never really dies because of its genuinely. If someone doesn’t believe me about the deeper analysis of the bodybuilding culture ask contemporary legends as Kai Greene or Tom Platz.

Furthermore, women’s bodybuilding – well, this classic division is long gone since more than 20 years ago. It did exist along with men’s bodybuilding in smaller organizations but it died out eventually. The last female bodybuilders have joined crew with the male versions who went underground.

The transition from female bodybuilding into women’s physique has continued and has in addition developed into something new. Divisions like bikini, fitness, figure and women’s physique has also naturally transformed 30 years from now. There are only two divisions by this time. One that remind us of the original figure class and one which l bikini but where the contestants shares ideas about or accomplishment during the last year – similar to the man of the year criteria with accomplished work for society and lucrative business projects.

The digitalized media is highly alive and has of course also followed the transitions to the cultural development and do cover these shows and athletic entrepreneurs and what projects they are in and what their workout and nutritional schedules look like.

Last but not least when it comes to the globalization and the marketing of bodybuilding and fitness indutry. It has been a victorious journey. Arnold, and Mr. Olympia will continue being strong but at the same time the new divisions or the transitions will have been implemented in the industry over sees as well and have touched more people outside of the bodybuilding world than what we are seeing today.

The mainstream and acceptance many people wanted has finally reached its goal due to dedication through successful entrepreneurship.