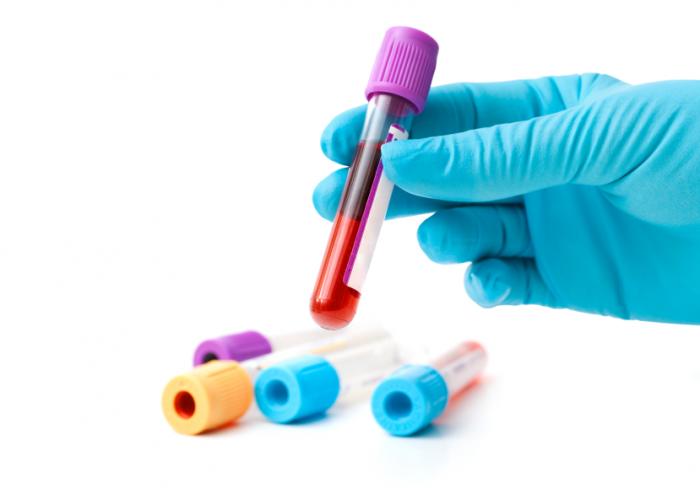 These days, the Internet is flooded with information from reliable sources citing the ill health effects of bodybuilding drugs, and while the number of people who get regular bloodwork to diagnose potential issues is growing, there is still a substantial percentage of the community that neglects this important aspect of healthcare. Being that there really isn’t an acceptable excuse for this, we should not only make it a regular part of our regimen, but we should know how to interpret it as well. While there is a lot to learn if we desire a full understanding of every medical term found in a comprehensive report, we only need to familiarize ourselves with a fraction of this stuff in order to diagnose many of the most commonly encountered problems.

However, let me make the following very clear—there is no substitute for professional medical advice. At the same time, the availability of physicians does not absolve us of personal responsibility for our own health, as oftentimes (although they mean well, in most cases at least), doctors do not always provide the best advice for PED-induced health issues. I realize that this comment may be misconstrued as me advising others to disregard medical advice in favor of self-diagnosis and treatment, so let me make this even clearer. I am in no way advising others to disregard the advice of their physician. Rather, after decades of experience, it has become somewhat common knowledge among many long-time PED users that medical doctors are often moderately to highly ignorant regarding not only the potential side effects of bodybuilding drugs, but the best way to treat them as well.

In many cases, even when bloodwork comes back free and clear, as soon as a doctor finds out you are using steroids, the immediate recommendation is total abstinence, accompanied by a few scare tactics which could range from legitimate concerns to outright lies. I’ve heard it all over the years, with comments ranging from “creatine will cause kidney failure” to “you better stop using those amino acids before they cause liver damage”. If this is what has been said in regards to legal supplementation with a strong track record of safety, imagine what has been said about steroids. Unfortunately, some physicians will actually refuse to treat a current PED user, even to the point of denying a requisition for bloodwork.

Of course, there are many great doctors out there who possess a solid understanding of the drugs bodybuilders use and their effects on the body, and who are willing to help you remain as healthy as possible. However, these doctors are in the minority, so when you find one, hold onto him/her. They are worth their weight in gold, especially for those who lack an adequate understanding of this subject matter.

With that said, there is a large variety of PED’s currently in use, all of which have their own unique effects on the body. Even with relatively simple programs, numerous bodily systems/organs are still affected, providing the potential for a wide range of side effects. However, only a handful of these systems/organs are usually associated with serious health problems in bodybuilders. These health problems are usually limited to the cardiovascular system, liver, and kidneys, although many would include the HPTA, prostate and thyroid on that list as well.

There are numerous different health markers associated with each of these organs/systems, but I am going to limit this discussion only to those associated with cardiovascular, hepatic, and renal function. Furthermore, I will list only the most basic markers for each of these systems (and the most likely to indicate problems), along with a brief description of each and what they are intended to measure. Knowing what these individual markers are and what they measure is a necessary first step in learning how to keep them in a normal range.

Before we continue, we need to discuss what a lab report is and what to look for. When you receive your report, it will contain various terms listed on the far left side of the page (these are the health markers). Each marker, along with all the other information associated with it, will normally be found on a single line. This includes the marker itself, its reference range, as well as your own reading (bloodwork result). A reference range exists for a single purpose; to provide defined parameters of normalcy. If you fall out of this reference range, it is considered abnormal and may indicate a potential problem.

It should also be said that there is not just one universally accepted reference range for every health marker, as they can vary slightly depending on who defined them. Because of this, these ranges can vary from lab to lab and even country to country. Furthermore, not every country uses the same terms to define each health marker. This is where it can really get confusing, but for the most part they are the same. With that said, let’s look at the cardiovascular system first.

RBC: RBC count is the quantity of red blood cells you have in your bloodstream. While an elevated RBC level can indicate a potential problem, levels can vary so widely from person to person, with body size and many other factors playing a role, that it is not always an accurate way of determining if we have an abnormally high amount of RBC’s in our bloodstream.

Hematocrit: Hematocrit is closely related to RBC’s, but rather than measuring the total amount of RBC’s in the bloodstream, it measures the concentration of red blood cells in the bloodstream. Therefore, it is a much more accurate indicator of whether or not RBC count has reached unsafe levels. Having elevated levels results in increased blood viscosity (thick blood), thereby increasing clot risk, which can lead to heart attack, stroke, pulmonary embolism, deep vein thrombosis, and kidney failure.

Hemoglobin: Hemoglobin is a component of red blood cells, whose primary job is to transfer oxygen from the lungs to the rest of the body. Elevated levels present basically the same risks as elevated hematocrit.

Total Cholesterol: Most people are familiar with this one, so I will skip the description. While total cholesterol levels are important, they don’t really tell us the big picture, as they don’t differentiate between the ratio of good (HDL) to bad (LDL) cholesterol, which is a more important factor in the development of atherosclerosis (when plague clogs the blood vessels, leading to heart attack).

Triglycerides: Basically, triglycerides are just blood fats. Elevated levels increase the risk of atherosclerosis and at very high concentrations can cause pancreatitis. It can also indicate the presence of other unwanted conditions.

Next up is the liver. By and large, PED’s are mild on the liver, but there is one class of drugs in particular that is not. These are methylated AAS, otherwise known as oral steroids. While not all orals are methylated, the large majority are, making this category of drugs by far the most likely to cause liver problems in bodybuilders. The four health markers below will reveal the presence of most liver problems.

ALT: Also known as alanine aminotransferase. This health marker is a measure of hepatoxicity.

AST: Also known as aspartate aminotransferase. This health marker is a measure of hepatoxicity.

Bilirubin: Bilirubin is a yellowish waste product found in bile. Elevated blood levels indicate impaired bile flow and are the cause of jaundice.

Alkaline Phosphatase: A group of isoenzymes that originate in various bodily tissues. Elevated levels are a sign of bile duct obstruction.

Creatinine: A creatine waste product that is filtered by the kidneys and disposed of in the urine. Elevated blood levels indicate the inability of the kidneys to properly filter the blood, which is a symptom of kidney damage. Note: Supplemental creatine, due to its conversion to creatinine, can cause abnormally high levels of creatinine in the blood even when kidney function is normal.

BUN: Sun stands for “blood urea nitrogen”. This health marker measures the amount of urea nitrogen in the blood. Like with creatinine, higher levels of this waste product may indicate possible kidney malfunction.

Even if you do nothing else but keep these markers in range, you will already be 5 steps ahead of most bodybuilders, as few take their health as seriously as they should. For those of you who are still young and not yet thinking about this kind of stuff, keep in mind that a failure to manage one’s health now is what leads to serious health problems down the road. Steroids, growth hormone, and insulin aren’t the innocuous compounds we used to think they are. Long-term damage is real and unavoidable in the face of extended, irresponsible use. I have encountered more than my share of bodybuilders who later came to regret their previous choices later in life, some of whom didn’t live to tell about it. Protect yourself now and you can avoid or minimize many of the more serious side effects associated with PED use.