Back When Training Was Allowed to Be Fun 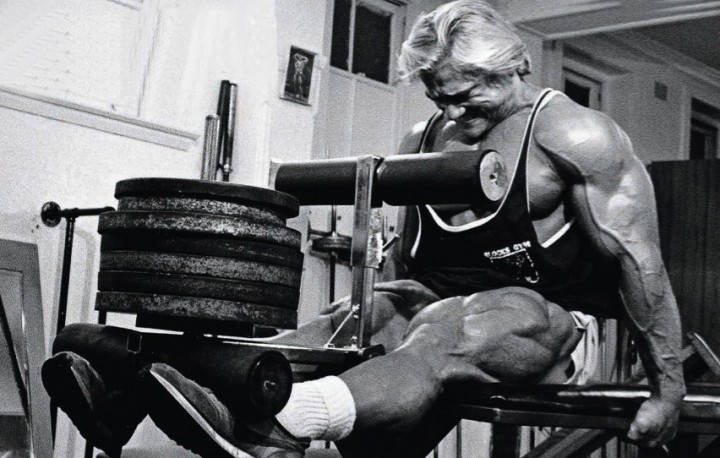 When I look back and try to think of the times I hold closest to my heart in my years training, it’s hard to judge. While I certainly train more efficiently, effectively, and intelligently now, it’s hard for me to not feel like something is missing in comparison to my initial love affair with the gym as a late teen/early twenty something.

I didn’t always have the best form or have any actual rhyme or reason for how I was sequencing my exercises or rep schemes. In fact most of that stuff never really entered my mind at all. But one thing I can tell you is that I had fun almost every day. Overtraining? Probably. I would essentially just lift and lift until I didn’t feel like doing it anymore. Hell, sometimes I would complete an entire training session just to have a buddy show up to start his, and say “screw it” and train a different body part with them or continue doing the same one, if it so happened to be we were on the same path for the day. And guess what? We got stronger and grew.

To me that might have been the best part. These days you can’t have a conversation with a friend in the gym without someone saying how you aren’t going “beastmode” enough, like your body only responds to weights if you stare at the ground with your Beats By Dre on and make sure not to smile. To be completely forthcoming, I train alone now and try to limit my conversation as much as possible as I don’t actually train with anyone, so any conversations will usually take myself and whoever I’m talking to away from our individual workouts (but it still happens). But part of me misses having a group of animals all goofing around together talking shit. The ego factor alone drove us all to lift amounts of weight we otherwise wouldn’t have been able to unless there was a good looking female in the area.

Part of me thinks we take training too seriously these days. Now before you headbutt your computer screen and call me a pussy, I don’t mean we train too intensely. If anything, 85% of the gym population doesn’t train with enough intensity to elicit any kind of result they desire. I mean that we take the whole process too damn seriously. All this bullshit about “going to war” like lifting weights is some kind of epic battle is complete nonsense. It’s okay to have fun in the gym and talk some smack with your friends.

I guess I never got the memo that bodybuilding is supposed to suck, and deriving any kind of enjoyment or pleasure from the process means you aren’t as serious or passionate about it as your grimacing competition who is KILLING IT day in and day out. Of course sacrificing results in the name of having a good time is going to hold you back, but I think there’s a middle ground where your physique won’t suffer and you can still sport a grin.

Although I don’t see myself rounding up a crew of training partners anytime soon, I still have a good time when you catch some old friends at the gym all training at once. If you happen to be a busy person like myself who really only has the gym as their only social or alone time due to raising a family and being busy with work, having some familiar faces around to hurl insults at as you cross paths on the way to the water fountain can be a good release and for me brings back memories of why I got into lifting in the first place.

So much of this game is mental, and I’ll be the first to admit now that I often find excuses for why I wouldn’t be able to hit a new PR due to it being late in the work out or that the stars haven’t all perfectly aligned that day. Somehow none of that mattered back then and sometimes all it took was some taunting or seeing a friend push himself to the limit to drive you to throw up a new best on an exercise 2 hours into the workout, even after a day of shitty eating or being beat up and tired.

I won’t be going back to the damn near party atmosphere some of those old sessions had, but they sure serve as a good reminder that having fun doesn’t mean you aren’t serious.