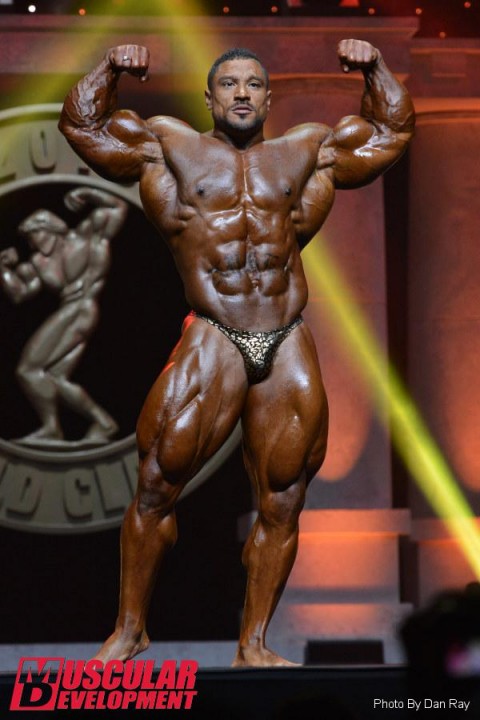 This was a much improved Reolly from the Olympia, most notably at prejudging. In my eyes Roelly clearly bested Evan at prejudging, but unfortunately came back to the night show with noticeable stomach distension, relegating him to sixth place. Roelly indisputably had the best arms and most muscular shot in the show and still has the potential to win a show of this caliber assuming he controls his midsection better. 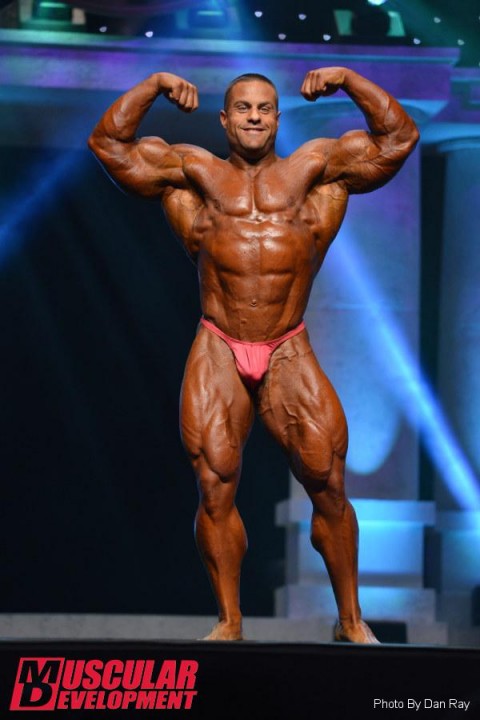 Evan looked good, as usual, however the vast improvements we were expecting were not there. That said, Evan did improve his entire backside substantially. This was by far the best he has ever been in the back double and back lat spread. From the front his midsection was just slightly distracting and his legs continued to be overshadowed by his colossal upper body. Overall his condition was great and a case could have been made for him to move up or down a spot depending on what you prefer. 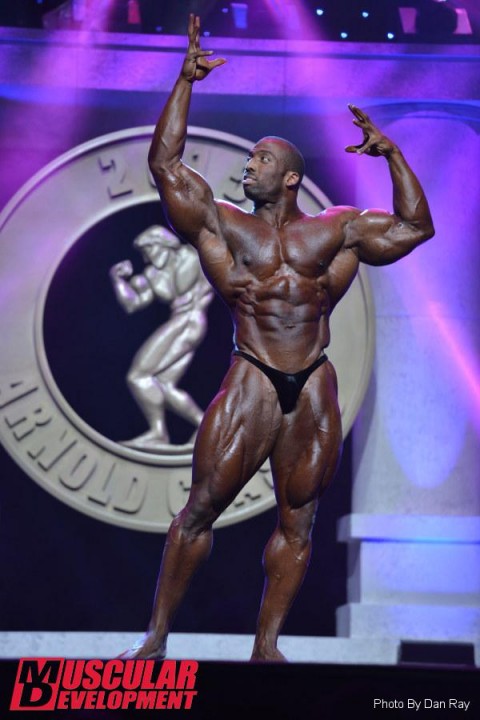 This placing is really the only one that I personally did not fully agree with. Outside of a slight lack of quad sweep, Cedric’s physique was downright flawless. While Cedric was battling a lack of sweep, Justin Compton was battling a washed out, mildly bloated midsection. I personally feel that the lesser of those two evils is certainly Cedric’s compromised sweep. To take it a step further, it was extremely easy to make a case for Cedric beating Branch as well. Branch deserves all the respect in the world and then some, but his physique lacks beauty severely. Branch vs Cedric was the epitome of the age old “apples vs oranges” adage. Cedric’s back double bicep caused Lee Haney nostalgia and his Arnold-like posing routine was as fitting a routine as I have ever seen. 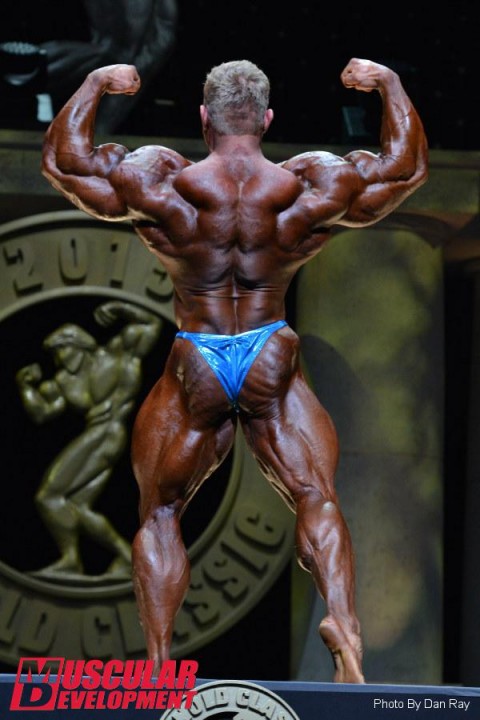 When Justin walked out on stage it was immediately clear that he was having issues controlling his midsection, until he threw up his front double bicep and his arms eclipsed the giant Arnold poster behind him. Justin’s arms and delts were other worldly and his back double bicep was so nutty it made you tilt your head like a cat watching TV. All that said, his lack of abdominal tightness was too much for me the look past in regards to besting Cedric. Justin is still the future of the sport assuming he remedies whatever was causing his abdominal issues. 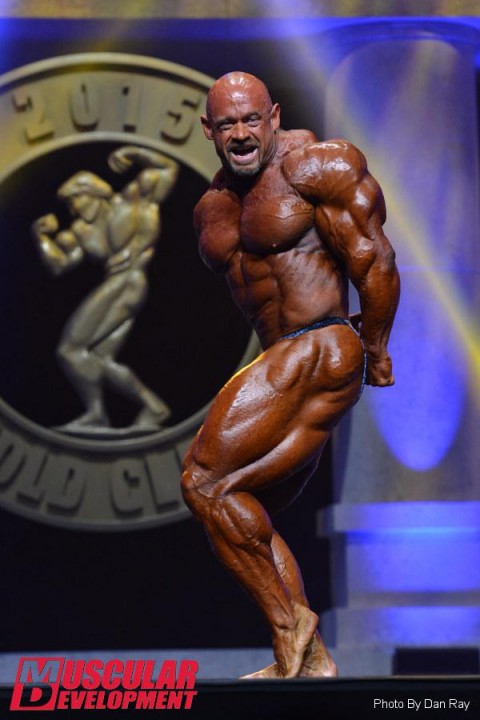 What can I say about Branch? This man is a true badass and warrior in every sense of these words. Branch was huge as well as supremely conditioned. Branch is the only bodybuilder who can have visible tears and injuries yet make you look past them by way of his concrete like appearance. Depending on personal preference, Branch could have won his 3rd Arnold Classic title on this night. He was that, for lack of a better word, knarly. 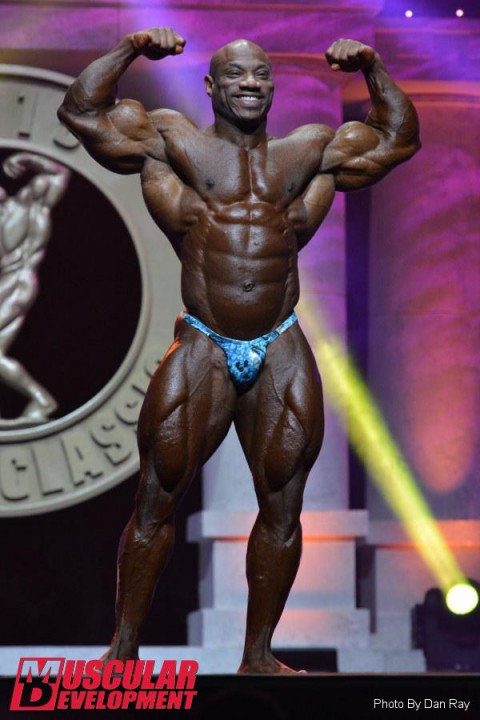 I feel that Dexter was bigger and better than he was at the Olympia, albeit just a tad smoother. Now when I say a tad, I mean an itty bitty little tad. He could have controlled his midsection better, but it was clear that he was making an effort to do so and because of this his midsection was not an issue. Dexter is truly a legend and I am grateful I was able to witness this ageless wonder make history in Columbus.

Brandon Curry looked amazing. His waist is non existent and his entire upper body looks like it is straight out of a comic book. 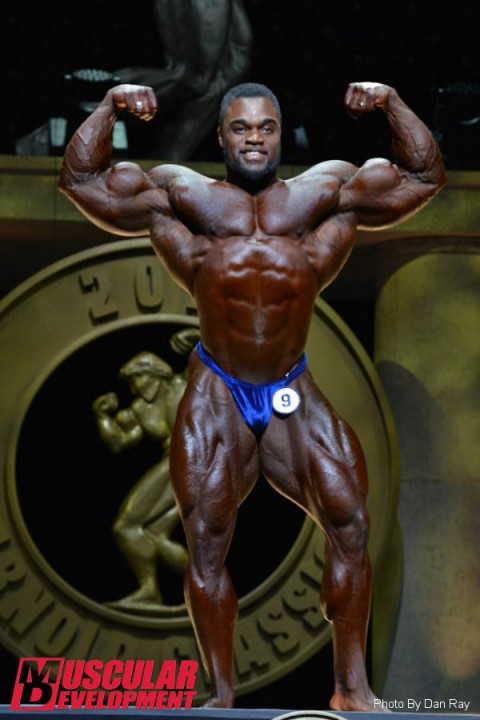 I personally had Toney Freeman much higher. His arms and legs were down a bit, but that was mostly because he brought himself down to what was some of his best conditioning to date. His waist was minuscule and his posing may have been the best in the show.