by Cade Thomas Blood and guts. The Unbelievable. Maryland Muscle Machine. The Training Video used to be one of our only extended glimpses into 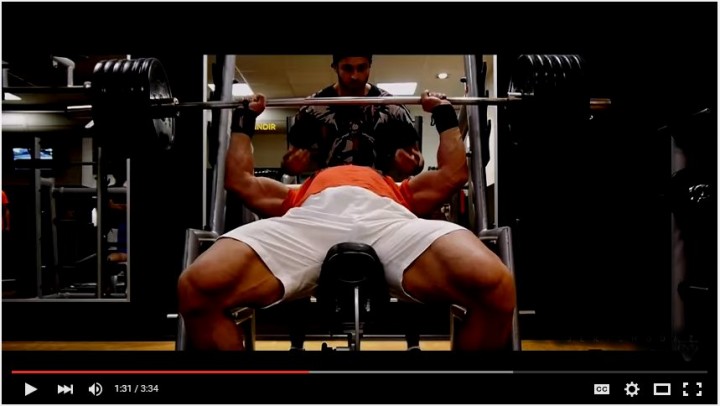 Blood and guts. The Unbelievable. Maryland Muscle Machine. The Training Video used to be one of our only extended glimpses into the lives, and gyms, of our favorite bodybuilders. Originally starting out as VHS tapes, some would only showcase grueling gym sessions where we got to see how the pro physiques which we admired on stage were built, while others would go beyond and show some of the day to day life of the subject, which was previously private information. The world had not yet been exposed to the wondrous creation of the internet, so up until bodybuilders started recording and releasing their own training videos we had to get all the information we could from magazines, which were usually fluffed up and dramatized.

The pages of magazines sold us images and stories, and with no video evidence to give us a peek behind the curtain and decide for ourselves how true any of the tales really were. Bodybuilders were like comic book heroes, and each one seemed to have a backstory ranging from cool to absolutely bizarre. While this was great for the imaginations of young readers and inspired many to pick up bodybuilding, it was not the most accurate depiction of the life of iron and some of it was downright goofy. Once we were given the opportunity to see full length videos detailing the lives of the bodybuilders and actually getting to see them talk and interact with people, it became a much more human experience. That isn’t to say that many didn’t use this as a vehicle to further their image and convince people they lived a certain lifestyle. Many classic VHS releases from the west coast bodybuilders were filled with sports cars and hot chicks, which surely did occur but they really made them a focal point.

Instead of having to read a list of sets and reps accompanied by a cheesy photo in a magazine to get a pros workout, you could then watch them lift and go through their daily routines. Fast forward a decade or two and in comes the internet. At first, the internet just provided bodybuilders with a easier way to market and sell their VHS/DVDs. It took quite a few years and the introduction of more media sites like Youtube for bodybuilders to get the bright idea to post video footage directly onto the internet and bypass the physical print. We only recently have seen streaming of full edited features replace most of the sales of physical copies, but there was a different type of training video emerging.

With the new found ability to instantly upload videos as soon as they are completed, we saw the rise of the shorter but more frequent training video. With editing software becoming more available to the average joe, bodybuilding websites could film and edit a training session of a bodybuilder and upload it without any delay, bringing it to world. This changed the game completely. We now could follow a bodybuilder as he or she trained for a contest, and get updated videos every few weeks detailing their progress.

Just like anything else in this day and age, abundance leads to apathy and diminished value. There is still a demand to see pros train but the videos are not anticipated or treated with the same amount of appreciation they once were.

The fact of the matter is that there aren’t many bodybuilders (or any, to be truthful) who can top what we saw from the films I mentioned in the beginning of this article. We have seen copycats, but simply put, we don’t have anymore Dorians or Ronnies out there who are warping our concept of what training can mean. We see people train hard, but the grit of Blood and Guts has never been duplicated and we rarely see anyone who looks anything like Ronnie lifting 800 lbs a few weeks out from a show.

So what possible value do training videos still offer? There are new philosophies being shown and new ways to perform exercises, but if your name isn’t John Meadows there is a very small chance that your ingenuity is captivating much of an audience. Speaking just for myself, I strictly watch training videos now to see how a bodybuilder is progressing. Which means if they are training fully covered in a sweat suit doing adductor work *cough* Kai Greene *cough* I really don’t have a reason to watch. I want to see if they look better or bigger than last time. Perhaps it’s just because I have already seen the great training videos of the past and seen an enormous Markus Ruhl bench press the weight of a small car for reps in a stringer that I don’t get excited to hear about a new training video. Or maybe it’s because bodybuilders really don’t need to reinvent the wheel in terms of lifting shit and most lack the creativity on camera to make the basics interesting.