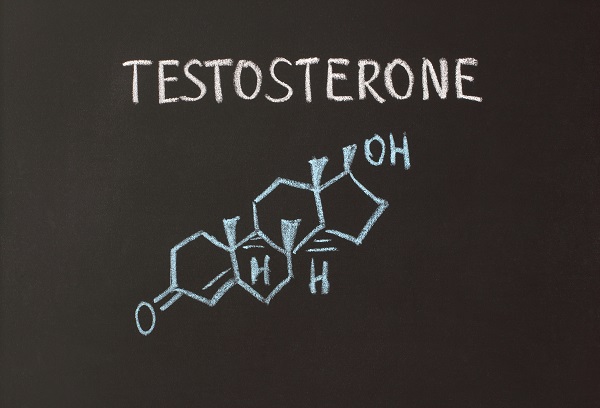 It has been over 80 year since the first steroid, testosterone, was synthesized in an American lab. Realizing the numerous potential pharmaceutical applications, it was quickly followed by the various testosterone esters. Although steroid research continued to remain a hot topic in the medical community, it would be another 20 years before the steroid boom would start in earnest. Beginning with the release of Dianabol, this period of steroid prosperity would run from 1956 through the early 1970’s, during which time 100’s of new steroids would be developed as potential treatments for a variety of medical conditions.

Almost right from the start, bodybuilders and strength athletes began using these drugs to enhance performance, but it should be understood that steroid research and development was conducted for one primary purpose—to treat various, diagnosable medical conditions. Aside from Dianabol, none of the steroids used by athletes for performance enhancement were developed specifically for the purpose of maximizing muscle growth or strength gains. In many cases, the anabolic effect of these prescription drugs was completely irrelevant—unwanted, even. Being non-specific in their actions, steroids affect multiple bodily systems at once and often times, it was their non-muscle building effects which made them useful for treating various medical conditions.

For example, Anadrol, a steroid recognized today as one of the most potent mass-building orals, was originally developed to treat anemia, not to build muscle. To those suffering with anemia, its muscle building potency was completely irrelevant. What these people needed was increased red blood cell production and with Anadrol doing an exceptionally good job at increasing RBC count, the decision to produce this drug as a treatment for anemics was a logical one. From a bodybuilder’s perspective, it just so happened to be excellent at adding size and strength, as well.

Other initial medical applications included: increased growth in short stature children, inducing delayed male puberty, treating breast cancer, preventing osteoporosis and in some instances, increasing/preserving muscle mass. In all but one of these examples, muscle building potency was completely irrelevant, and even in those instances where myotropic potency was a factor, it was never the overriding factor. Much more important was making sure that the drug selected was 1) adequately effective in its primary application and 2) devoid of side effects considered unacceptable in the target population. A steroid’s muscle building potency was never the top priority and frequently, wasn’t considered at all.

Anavar is a good example of a drug that was originally produced for its lean mass building/retaining properties, but this begs the question “why was Anavar selected for its anabolic effects when many other steroids are far more effective in this regard?” The reason is simple. Anavar has weak androgenic characteristics, which allowed it to be used in men, women, and children without placing them at significant risk for experiencing androgenic side effects—a major consideration for a huge percentage of the population (women and children). Muscle building potency was gladly sacrificed if it meant that patients would be spared the side effect associated with stronger androgens. Certainly, testosterone would have been more effective in this regard, and even safer from a cardiovascular and lipid standpoint, but its propensity for initiating masculinizing sides would have disqualified it right on the spot, which is why it and other, more potent drugs were never chosen for this purpose.

Regardless of the criteria involved in the selection process, which varied from drug to drug depending on its potential application, the fact remains that myotropic potency was never a primary consideration when deciding which steroids would be made into a prescription drugs. Although many of our traditional prescription AAS are indeed powerful muscle builders, they were never designed to meet the needs of bodybuilders/strength athletes. With this being the case, why on Earth are so many bodybuilders brainwashed into thinking that our current roster of AAS is as good as it gets for bodybuilding purposes?

You can bet your ass that if the goal of pharmaceutical researchers back in the 50’s-70’s was to maximize muscle growth and strength development for sports performance, that our current roster of AAS would be completely different than what it is today. Knowing this, why are so many bodybuilders completely closed off to the idea that there might be other steroids of value to bodybuilders/strength athletes? After all, out of the 100’s of AAS that were synthesized and explored for activity during the AAS golden years, only a few dozen were made into prescription drugs. What about all the rest? Certainly, there has to be at least a few that could be put to good use in the bodybuilding and strength communities?

Fortunately, there have been several forward-thinking individuals over the last decade that realized this and took steps to bring them to market. Many of these drugs were originally released as legal dietary supplements (ex. M1T, SD, Pheraplex, etc), but have since been added to the ever-growing list of controlled substances. While many of these products were less effective for growth and strength than traditional AAS, several of them were more potent and for this reason, they became quite popular in both bodybuilding and the various strength sports.

While there is no doubt that several of these “OTC” products have found a rightful place in our community, for the most part, all of them have been oral steroids. Being that OTC companies cannot sell products designed for injection, they were limited only to those drugs which could be consumed orally. This left them limited to methylated drugs. While methyls can be highly effective, they cannot be administered long-term due to their hepatotoxic properties and adverse affect on the cardiovascular system. This means that non-methyls, or injectables, are absolutely essential to a bodybuilder’s long-term success.

When reviewing the cycles of today’s bodybuilders, we see that the majority have elected to stick with traditional AAS such as testosterone, nandrolone, boldenone, trenbolone, oxymetholone, methandrostenolone, etc. Although these are great drugs, limiting oneself to these AAS alone is a mistake. With this said, what are some non-traditional AAS that could be put to good use by bodybuilders today? Being that most are familiar with non-traditional orals (often referred to as “PH’s” and “designers”), I want to take a minute to go over some non-methylated injectables that can be used in place of traditional injectables.

Trestolone has been gathering a following over the last few years and for good reason; it is a highly potent non-methylated injectable that could easily be used in place of nandrolone or boldenone during one’s off-season mass-building cycle. In fact, trestolone is considerably more potent than either of these drugs and at this point, it doesn’t appear to be any more injurious to the body than most traditional injectables. When trying to describe this drug’s effects, many have used the term “super-testosterone”, which in my experience seems to be a pretty accurate statement.

A typical feel-good steroid, trestolone is the only AAS capable of replacing testosterone in terms of physiological function. This drug aromatizes, so water retention is a reality. There is quite a bit of info out there on this stuff and with an increasing number of legitimate products hitting the market, it has become a feasible option for inclusion in one’s cycles. Most who have used the drug claim it is superior to nandrolone and boldenone at building muscle—a claim I happen to agree with. I consider trestolone to be ideal for off-season mass-building or for use in the first half of contest prep, when water retention and estrogenic side effects are less of a concern. Having had considerable personal experience with this compound, I consider it to be one of the best, if not the very best non-methylated steroid to stack with testosterone for sheer muscle growth. The fact that it is pleasurable to use only adds to its allure. Some may say this title belongs to trenbolone, and while I would also rank trenbolone at the top of the list, I give the edge to trestolone due to the fact that it builds at least an equal amount of muscle tissue, but without the negative side effects that typically accompany trenbolone use.

Dihydroboldenone, also known a 1-testosterone (not to be confused with M1T, which is a completely different drug), is an EQ derivative and another excellent non-methylated AAS, which can be put to good use in both the off-season and pre-contest. Unlike trestolone, DHB is a dry steroid, but still more than capable of adding impressive amounts of lean tissue. Some have referred to DHB at a “side effect free trenbolone” or a “super-primo”. Having intimate experience with this drug, I can see how these terms originated. Still, I would liken DHB more to a super-primo than a side effect-free tren, simply because it really is like a super-primo. In terms of side effects and visual appearance, it is nearly identical to Primobolan, yet it is much more proficient as a muscle builder.

If one is looking for tren-like effects without the sides, this is about as close as you are going to get. While not quite as strong as tren for muscle growth when compared on a mg per mg basis, it provides a very similar cosmetic effects. In my experience, a dose of 600-800 mg/week is comparable to 300-400 mg of tren in terms of both growth and muscle hardness, with its primary advantage being a lack of discernible side effects. When compared against EQ, from what I can see, DHB is superior is pretty much every way. I see no reason to use EQ when a good quality DHB product is available, unless personal response dictates otherwise.

Unfortunately, trestolone and dihydroboldenone are only occasionally sold by UGL’s. While trestolone’s availability is steadily growing, DHB’s availability is poor. I have no doubt that if properly manufactured versions of these drugs were widely available, their popularity would sky-rocket. Knowing how impressive these drugs work in the real-world, I can’t see any reason why they wouldn’t. Drugs like nandrolone and boldenone have been the standard testosterone stackers for generations now, with few individuals even bothering to question why we continue to use the same old shit decade after decade, with little regard for innovation or improvement. Therefore, UGL’s continue to sell the same old stuff because that’s exactly what they think everyone wants.

Unless people start speaking up and demanding a wider variety of products, you are going to continue to see the same AAS being offered on product lists for the next 20 years. I don’t know about you, but I am not content with mediocrity. I want newer and better—and I want it sooner rather than later. I have only touched the surface of this issue, as there are many awesome steroids—both methylated and non-methylated—that could be used with great success by bodybuilders and strength athletes alike. Speak to your UGL—let them know you want access to a wider variety of AAS and tell them the specific ones you are interested in. If you want to see Bolasterone made available, tell them. If you want to be able to buy dimethyltrienolone, let them know. With a little bit of research, you will begin to realize just how many killer steroids have already been invented, but which UGL’s fail to offer for no other reason than lack of consumer demand.