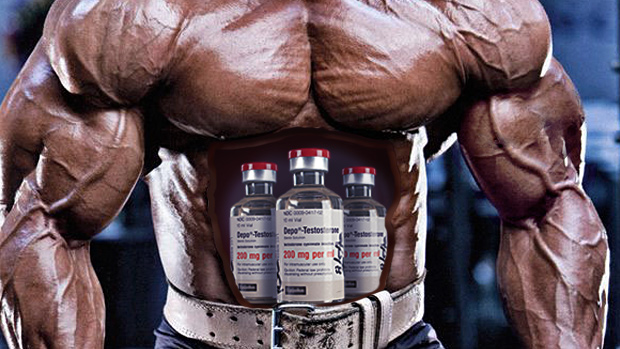 Most would agree that bodybuilding as a whole, is just not what it used to be. Whether you are discussing the popularity of bodybuilding, the direction the physiques themselves are taking, or pretty much any other aspect of the sport, it is difficult to argue that the sport is not in the midst of a backwards trend as of late. With all of these new categories popping up left and right, everybody and their mother has a class that they can fit themselves into. This indefinitely causes an increase in the number of athletes entering shows at all level of competition. However, this is a reflection of physique competitions in general growing, not bodybuilding. In fact, it is frustrating to hear industry insiders go on about how “our sport” is growing by the day, based on the fact that such and such a show had 900 competitors. In my eyes, at its core, “our sport”, is bodybuilding. So, if only 30 of these 900 competitors are bodybuilders, “our sport” is not growing at all. Hundreds of 20 year old kids who have been training for 8 months and don’t know the first thing about nutrition, entering mens physique and bikini competitions, does not in any way shape or form represent the growth of bodybuilding.

Although the physiques brought to the stage by today’s top pros might be more “impressive” and or freaky than the physiques of yesteryear, few would argue that they are actually better. Guys like Arnold, Frank Zane, and Lou Ferrigno made bodybuilding cool, and more importantly, accepted in the 70’s and 80’s. By the time the late 80’s and early 90’s rolled around you had what most bodybuilding fans would agree were the best physiques of all time. Men like Flex Wheeler, Shawn Ray, Kevin Levrone, Lee Labrada, Lee Haney and Rich Gaspari, for my money, represent bodybuilding’s peak. In the mid to late 90’s bodybuilding seemed to crest this peak and begin a downward path that continues today. It is probably no coincidence that from 1985 to 1995 the drug use in bodybuilding increased dramatically, both in amounts as well as variety. Potentially more than it has over any other ten year span in our sports history. An increase in the amount and variety of drugs used in bodybuilding over the years is certainly not the only reason that bodybuilding is on this downward trend. The general pussification of America is also to blame. As a result of outlandish political correctness and horrendous lifestyles that are sabotaging our hormones, men are essentially becoming women in our society. In fact, if we continue on this path, it will more than likely be difficult to tell the difference between an American man and an American woman in another 60 years or so. That said, a good case can still be made for steroids, more specifically the reliance on steroids, being the chief cause of our sports seemingly inevitable demise.

The main issue that this excessive steroid use has created, not surprisingly, is the way modern bodybuilders have begun to look. Bodybuilders have gotten so large and over developed, that even to the general public, one glance is all it takes to see that these bodybuilders partake in copious amounts of steroid use. In the mid 1980s and earlier, for the most part, bodybuilders did not have this over juiced look, and resembled exactly what the majority of men wish to look like. In 1980, bodybuilders were still very large, but unlike the large bodybuilders of today, they had very small waists, they did not sport an unnatural amount of thickness, and they were able to walk like normal human beings. Many modern bodybuilders are so thick and develop such large legs that they are hard to distinguish from obese individuals in regards to how they move and breath.

Obviously, if the top bodybuilders representing our sport resemble what the majority of men wish to look like, that indefinitely means that the majority of men will at some point become at least mildly interested in bodybuilding. As modern bodybuilders grow further and further beyond this male ideal, the number of men who are interested in becoming “bodybuilders” diminishes substantially. It is no secret that if less people wish to partake in a given sport, the popularity of that sport will subsequently lessen. The 280 pound, thick-waisted, piles of veiny muscle we know as bodybuilders today, have successfully caused this distinct lessening of popularity in our sport. Not only does this paradox decrease the sport’s popularity, but with less young people becoming interested in the sport, the available talent pool also suffers, which circles right back around to the modern physiques having a lackluster look.

This unfortunate “over-juiced” look is also what prevents professional bodybuilding from making its way onto mainstream television or into the Olympic games, mostly via the anticipated massive amounts of negative press. Can you imagine the field day our media would have discussing steroid use if guys like Dennis Wolf, Phil Heath, and Branch Warren were featured on mainstream television? Good lord. It is unfortunate that the NFL can be laden with steroid and illegal painkiller use, yet still be massively popular and mainstream, simply because the athletes do not necessarily “look” like steroid users. Therein lies the true issue at hand, which is how easily the general public is wielded by their knee jerk emotions and insecurities. This is not to say that physiques resembling Arnold Schwarzenegger, Frank Zane or Robby Robinson would not have the weak minded sheep screaming steroids, but we can all agree that they would not be screaming as loud. Also, unlike most physiques of today, Arnold, Frank and Robby would only have them screaming steroids, not other offensive words such as “gross” or “yuck”.

While drug testing is certainly not the solution to this problem, causing a reduction in drug use one way or another, is the solution. The most obvious way this can be done is by simply changing how bodybuilding contests are judged. Instead of creating new divisions, while ignoring the issues that are killing our sport seen in the open division, why not just attend to these issues? It would not be difficult to adjust the judging so that competitors who look more “natural” or “pleasing” are the competitors who win shows. Unfortunately, for whatever reasons, this has not and probably will not ever be done. Instead, as mentioned earlier, new divisions are being created. The problem is, the invent of this new classic division is in essence just admitting defeat in regards to the death of men’s bodybuilding.