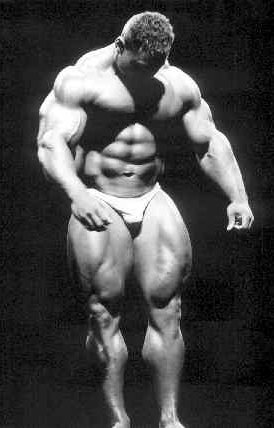 The time is quarter past 9 p.m. and it’s dark and rainy outside. I’m sitting on the gym bench in front of the mirror listening to Metallica’s Welcome Home (Sanitarium). I have been away from the gym for a long time and I’m now trying to get motivated and back into my training again.

After a while a young guy walks by me. He is wearing a black tank top, and he has a pretty good upper body. However, I notice something peculiar; it looks like he is wearing a tightened corset, the ones women wore during the Romantic Movement in Europe in the 17-1800’s… Dude, what the f*ck? He walks around, watching every step he takes in the mirror and then walks up to the squat rack. He picks up his phone and starts taking pictures of himself, he has not even touched the bar in the squat rack yet.

I turn my head to the mirror and sigh, then grab the 90 lbs. dumbbells and think to myself, “what happened to the old gym days?” And I realize that I belong to the old school guys now, something I realize that I am proud of when I think about where the culture of bodybuilding is heading. Afterwards, I switch my mind to the music of Metallica and begin my intense chest workout.

As we know – or at least those of us who began training before the new millennium – the progress of bodybuilding during this period is very questionable. The evolution of the sport is undergoing a dark period of time, one where the older generation of bodybuilders and its classical perception of the culture is diminishing day by day.

Our heroes, those “rebels against normality,” the “physical anarchists,” the ones who pushed their physiques and strength beyond the extreme, the ones who caught our attention in the magazines, gyms, and movies – the guys who gave it all to become the most muscular and bad ass ripped human being walking this earth – those guys are disappearing one by one.

To be honest this saddens me, because this culture runs deep for many of us. Legends of the golden age of bodybuilding like Arnold and Haney and other pros helped build and reproduce this specific gym culture globally. In addition, many of these legends actually shaped our personalities and into the competitors we are today!

Many of us got into bodybuilding because of the icons that emerged from the 50s to the end of the 90s. Additionally, some of us didn’t have fathers growing up and they became the ideals or father figures to us. Bodybuilding became an escape from the darker or empty sides of life, and a doorway to a fulfilling life, and provided a strengthening passion to hold on to and get developed from.

Bodybuilders used to become pro’s, the very top of the sport, because they gave it 100 percent effort; it was a “Rocky Balboa story” for many of them… and they gave it all. As a consequence of this new direction the gym culture is heading, I don’t really see anyone now – or in the future – taking the place of the legends.

The pro’s from the golden age of our culture were the Formula 1 drivers of pro bodybuilding, they were the direct answer to David Schumacher, Ayrton Senna or Mario Andretti driving Ferraris, McLarens and Lotuses – winning grand prix races, breaking records, and pushing it to the absolute limit. This was what made the sport so exciting for the fans as well.

What we are seeing today is a new culture rising up and taking priority over “Real Bodybuilding.” The board short role models or the Instagram physiques who compete as so-called elites but remind me more of go-karts competitors, driving half as fast on the same tracks as the real pros, but who are still basically driving on the same fuel on the F1 tracks and without breaking any records.

Under these degrading circumstances of bodybuilding we are just lucky to have guys like Ramy and Justin Compton on the rise. There is, as I mentioned, a new landscape of physical ideals unfolding, a clash between the old standards and the new ones. In addition to the new standards, supporters of Men’s Physique talk about the more attainable physiques which attract more of the so called “ordinary people” or mainstream. I say, f*ck the more pleasing physiques… many of us got involved in bodybuilding because bodybuilders were rebels against normality. Bodybuilders were – and partially still are – the revolution against the mainstream and a boring cookie cutter society.

Retrospectively, we who experienced or lived at the same time as some of bodybuilding’s stronger decades should be glad that we saw the stronger historical chapters of the sport, because we can reproduce what we saw and felt and maintain the culture. However, it is important to stay focused on real bodybuilding to make it alive.

In addition, we who live and breathe the sport of bodybuilding have to stay strong, whether it’s in a business sense, at the gym, through friendships, networking through social media, or staying connected on forums. We who are passionate about bodybuilding must maintain and stand up for the thing that shaped us both physically and spiritually. We must keep our inner circle strong and vital to o turn this apocalyptic stage of bodybuilding into future gold once again.