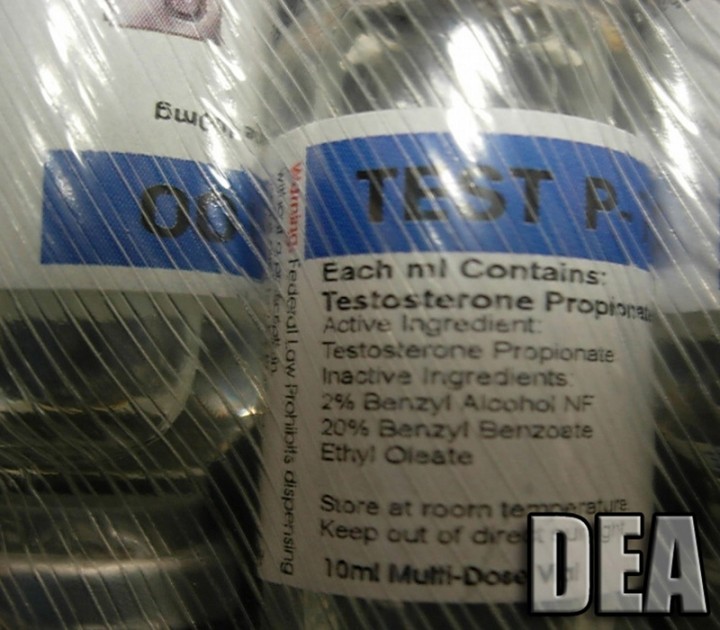 Well, here we go again. There was recently another large anabolic steroid bust that is being covered by every major news outlet in the United States. Over the past week, it was reported that 16 steroid labs were shut down which led to 90 arrests in 20 states. The investigation that fueled these arrests was labeled “Operation Cyber Juice.” The DEA did not name the individuals arrested, but it’s known that WADA (World Anti-Doping Agency) and USADA (United States Anti-Doping Agency) worked with the DEA during this operation. It’s still unknown which athletes or if any athletes for that matter were supplied anabolic steroids by any of the steroid labs that were shut down. Arrests to this magnitude involving anabolic steroids are nothing new. While much of the budget that is allotted to the DEA to fight the “War on Drugs” goes to investigate cocaine, methamphetamine, and heroin, there is still enough funding for the government to aggressively investigate anabolic steroid operations.

“Operation Gear Grinder,” was a 21-month long investigation ending in 2005, which resulted in 23 arrests and 8 steroid labs being shut down in Mexico. According to the DEA, this was the largest steroid investigation in U.S. history. Dr. Alberto Saltiel Cohen, who shared ownership in 3 of the steroid labs (Quality Vet, Denkall, and Animal Power) that were busted, was arrested in Southern California when attempting to pick up money from clients. Investigators were able to obtain a directory that contained over 2,000 clients that bought and sold anabolic steroids from these Mexican labs. Many mid-high levels dealers would be identified from this list, and many more arrests would occur in the United States. These Mexican steroid labs would often ship these steroids to the United States through the mail, or they would pay someone to transport them. Once these individuals were detained by the DEA, they would often give up the dealer they were transporting for, and it basically trickled down from there. Operation Gear Grinder used a lot of manpower and money. This investigation may have been politically fueled to make a statement against anabolic steroids due to steroids and baseball being a big issue at the time.

The focus on baseball and steroid use would eventually start to fade following Operation Gear Grinder. Many players were accused of using, and there would be several suspensions handed out. At some point, people just got tired of hearing about it. Anyone that was oblivious to performance-enhancing drug use in professional sports now knew, and most could care less. While the general population started to forget, the federal government did not, and the war against steroids continued. Up until Operation Gear Grinder, many steroid dealers and users relied mostly on Mexican steroids for their supply. Once these labs were gone, the market would change in a big way. The supply may have dwindled, but the demand was still there. Mexico may have been the largest supplier of anabolic steroids to the United States prior to 2005, but China was the largest supplier of raw steroid materials to the entire world. Steroid dealers found that they could just import raw steroid materials, mostly undetected, and then produce the steroids themselves with some very basic chemistry knowledge. Within months of Operation Gear Grinder ending, countless underground steroid labs would pop up all over the United States. This seemed to just agitate the FDA and DEA. Their efforts to wipe out steroids in the United States had failed. In fact, the supply increased and prices would drop due to so many labs competing with each other. An 18-month investigation, labeled “Operation Raw Deal,” would follow by the DEA, and this would lead to 127 arrests and 56 labs being shutdown in 27 states. This would greatly surpass the number of arrests that came from the prior steroid bust, and again, the DEA would boast that their use of money and time netted the largest steroid bust in U.S. history. These large busts justify the need for more funding and agents to investigate anabolic steroids.

Many would like to believe that the DEA and FDA were satisfied with the number of arrests that were made in Operation Raw Deal, and their focus has gone elsewhere. While there hasn’t been a single operation since ORD that has resulted in as many arrests, they’re still happening, and they seem to be happening more frequently. In late 2014, 22 people were charged in Austin, Texas with distributing anabolic steroids after an 8-month investigation labeled “Operation Blue Juice.” Since then, 18 people were indicted in Central Florida on federal charges for steroid distribution, manufacturing, and money laundering. The number of steroid busts has been too many to name or even count. The Federal Drug Administration Office of Criminal Investigations (FDA-OCI) has increased their budgets and the number of agents working in their office dramatically over the past two years, and one reason for this is to combat steroids.

Most steroid labs run under numerous individuals. Everyone usually has a designated task that they perform. One guy make pick up money, one person may ship, etc. Many people feel that by staying away from certain parts of the business themselves, they are shielded in a way. This is the farthest from the truth. Many of these guys get caught up watching shows like Breaking Bad or the Sopranos, and in a way, they feel they are untouchable. These shows are obviously fiction. Every time there is a bust posted on an online message board, there will be countless comments stating that law enforcement should be going after hard drugs, or that the steroid dealer was involved in recreational drugs and that is how he was caught. Both of these common views are absolutely false. The DEA does focus on drugs such as methamphetamine and heroin. Prisons are full of offenders that have been convicted of possessing or selling these drugs. The fact is, the FDA is now investigating steroid cases, and these cases are much easier to investigate at times than other drug cases. Most steroid dealers that do get busted have never been arrested, and many turn on their associates, suppliers, and so on. This allows cases to just fall into an agent’s lap. It just snowballs after that, and that is how you end up with 18 people being arrested on one case. It’s that simple. People involved with anabolic steroids don’t usually have the convict mentality that other drugs dealers have where they will stay tight lipped when questioned or arrested. As far as recreation drugs are concerned, there will occasionally be a steroid bust where other drugs are found. But these are still steroid busts first. Rarely do see you a cocaine bust where anabolic steroids are found. It starts as a steroid investigation and something else may be stumbled upon. A backwards view has allowed people to sit on a message board openly talking about steroids while thinking they are safe because it’s just steroids. People need to realize, agree with it or not, anabolic steroids are scheduled drugs. As long as they remain so, they will be investigated and prosecuted this way. As long as agencies such as the FDA and the DEA have funding to do so, anabolic steroid busts will continue to happen.