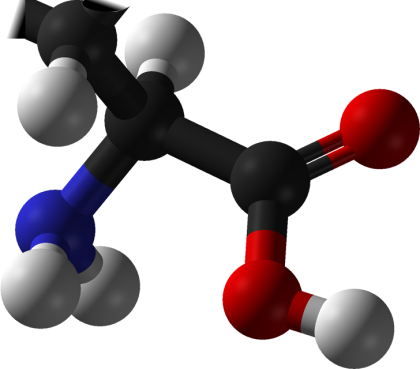 In the fall of 2014, stories about supplement companies who had been selling “spiked protein” began to appear. These stories were referring to independent lab results which showed that some companies had been using so called “fillers” in their protein powder, usually (whey isolate). These fillers were in turn based on cheap forms of amino acids like glycine, taurine, but also substances like creatine monohydrate. Additionally, these substitute compounds don’t have the biological benefit compared to whey proteins.

By spiking the protein with these cheating fillers the manufacturers increased their product’s nitrogen content. The goal of the process was to make the fillers appear as grams of high quality amino acids on the product’s label of contents. This procedure was far more profitable than using the equivalent amounts of high quality amino acids such as valine, leucine and isoleucine.
Moreover, after the lab results went official, lawsuits along with angry and disappointed customers around the world began to pile up. This controversy created an impact to the extent that mainstream newspapers and websites acknowledged the scandal. Even the well respected financial magazine Forbes scratched their heads and wrote a long article about the issue with athletes having their money ripped off.

As a result of the situation consumers have begun to question the legitimacy of the supplement market, and what brands they really can trust in the future. These scandals have also – at least for the moment – hurt the credibility of the supplement companies who really are working passionately to bring the best products possible to the market.

There is one specific story in these scandals that has irritated me specifically. I am thinking about a top figure of bodybuilding’s 80s era, and who has spoken for years how he basically converted his passion for bodybuilding into his supplement company. He basically meant that the passion that once made him a champion had been the driving force behind bringing, what he called, “a brand you could trust” on the market. Talk about putting your credibility on the line for the business you’re running.

However, later on when his (former company’s) whey protein got analyzed, the lab results discovered that were no 25 grams of per scoop as the product’s label claimed. No, the correct amount was around 15 grams, and the rest was fillers like glycine and taurine. Compared to what the man behind the spiking affair accomplished as a bodybuilder, the results of the analysis of his protein were pathetic. In other words, 10 grams of amino bullshit!

It is also important to realize that he is not the only one behind these scamming techniques, we are talking about 10-15 other companies to add to the list of scandals during 2014 and 2015. In addition, there have been even worse spiking cases where the percent of fillers was determined even greater than 10 percent!

Luckily for these greedy characters, they have not solely been working on the black market, because if they had, spiked goods to these degrees may have resulted in a ride in the back of someone’s trunk, far away into the woods.

Furthermore, it is also of great concern that the involved parties behind these affairs must realize that their acts don’t only affect them; many of these companies have been global faces for the supplement market and the fitness industry in other sporting fields, for example: MMA, football, and golf, etc. Consequently, their acts have in some ways created business trouble for many of the other business associates in the industry. In addition, there are more responsibilities to consider than just the private way a company acts and thinks.

The credibility of a market industry is fundamental to attract new business opportunities and to continue to attract the masses of people who are looking for a new way of living the fitness lifestyle. Therefore the last thing the industry needs is scandals on this level. When these cases get noticed in the mainstream media, they are out on deep waters, and that causes unwanted consequences for more parties than just the companies. It is also important for the consumers to turn their backs on these companies, and focus on the suppliers with a good reputation in the future.

Conclusively, let’s not forget that this whole affair possibly does have some good outcomes as well. Because these exposures will probably force the players of the supplement market to be at their absolute best, and also discourage the greedy company owners to think once or twice before they manipulate their products in the future. This would in return create a safer and more trustworthy market both for the future consumers, athletes, and also newcomers to the world of bodybuilding and the fitness lifestyle.