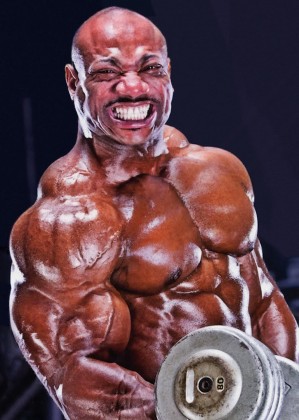 Bodybuilding is a sport about matchups, and the question of “Is Bigger Really Better?” has been the subject of debate since it’s inception. In the early days of the Olympia there were two separate weight classes which divided the competitors into groups under 200lbs and over 200lbs. While on paper these were weight classes, in essence they also played into the role of height classes. This allowed men who might have had equally, or perhaps even better symmetry and condition to be competitive without being dwarfed by men 6 inches taller. We also saw the winner from each category come out to compete directly against each other for the true Mr.Olympia crown.

This category was done away with in 1980 and the smaller structured men were now on their own and forced to do battle with the bigger competition. The term “Giant Killer” became commonly attached to shorter bodybuilders who managed to place higher than much larger opponents by presenting aesthetic and balanced physiques that the more massive competitors couldn’t duplicate. We saw men like Danny Padilla, Shawn Ray, Rich Gaspari, Lee Labrada and Lee Priest all earn their spot in the upper echelon of their competitive years despite not possessing the largest structures.

As we progressed to the modern day, mass ruled all. As the requirements for size grew to such an astronomical standard we saw the smaller guys have less and less of an opportunity to climb into the top callout. The “big” guys were no longer 6′ and 235lbs, they were 5’9 275lbs, and the way the judging criteria went there was simply no way to out-pretty the amount of size that was required.

The IFBB saw a hole and it was obvious that professional careers were limited for anyone earning a pro card in a lighter weight division in the NPC. Enter the (now) 212 division. After a few changes to the weight limit and class over the first few years, the IFBB settled into a secondary class for pro competition where the maximum weight of a competitor allowed to enter capped off at the strange choice of 212lb. At first it had limited success and the numbers entering the shows were lackluster (or at least the quality was limited) but as we close out 2014 there is no denying that the division has blossomed into a huge fan favorite with competitor numbers doubling that of the open class in some cases.

At first it was hard to tell what purpose the division would serve; Would it be a place for average height competitors to place well with a less developed more classical physique? Or would it simply be mass monsters who happen to not be gifted in the vertical department? The answer would lie somewhere in the middle, as it definitely catered towards the shorter IFBB pro’s but having the weight cut forces the heavier competitors to diet very strictly to hit that number. While this doesn’t necessarily equate to seeing prettier and more streamlined physiques, it does bring a general quality of condition and dryness that has been lacking in the open division as of late.

It simply cannot be coincidence that the majority of the bodybuilders in the lighter division are showing up ripped with thin skin while their larger counterparts are routinely disappointing with over-carbed bodies and films of water. In turn what this has done is create a huge increase in popularity of the 212ers, and even shows without marquee names on the list are giving fans what they want because the guys on stage have put the work in. Aside from the major shows of the year (Olympia, Arnold, New York Pro, etc) the third tier shows usually offer equal (if not more) debate and interest in the 212 over the open.

Will we see the prize money increase for these lighter bodybuilders or will they continue to get the short end of the stick? If the open competitors continue to obsess with being as heavy as possible and don’t take some lessons from the 212s, we might see the money distributed a little more evenly in the future.