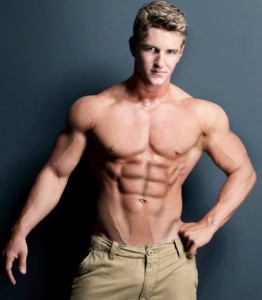 The gym can be an intimidating place for newcomers. Let’s face it; A lot of people have the desire to build some muscle and improve their physique long before they muster up the balls to actually join a gym. Men in particular have a hard time admitting they don’t know how to do something that is considered “manly” – it’s evident when you see a guy playing trainer for his girlfriend in the gym and he clearly has no idea what the hell he is doing but figured since he is a man he was born with the knowledge of how to lift weights.

There are a few who actually are smart enough to realize they have no idea what the hell they are doing so they go all in on a training program that they think will help them turn into Ronnie Coleman (Or I guess some 190lb fitness model is what they want now) within 10 weeks. No matter who you talk to, pretty much everyone has copied a training routine out of a magazine thinking it would magically lead them to muscledom. In theory, you think these people who have a program laid out to the rep to help them transition into gym life are doing the best possible thing, and to some degree they should be applauded. The problem tends to be however that these programs tell you the what when rookies really need to be focusing on the how.

No program is going to do jack shit for you if you are performing all the moves incorrectly and don’t know your way around the equipment. No matter how scientifically sound it is, the author of the program is not there coaching you and when he says to do a sumo deadlift you might be doing the elusive Lumbar Destroyer. While having a set guideline to follow does eliminate some of the newbie jitters of standing around not knowing what the hell to do next, it also requires so much focus on the structure itself that might limit someone who isn’t already comfortable in the gym.

Once basic form and general gym “savvy” is up to par, it requires little brain power so you can hone in on a plan and follow a detailed structure. I am not advising that rookie avoid following a set list of exercises, I am more so referring to the detailed “8 week mass blast confusion principle jamboree” that emphasize minutiae that simply does not need concern at this point in their progression.

I think the first priority for someone starting out in the weight room is to learn a few basic key exercises and learn how to do them correctly, while also just becoming comfortable in the gym. Advanced lifters can often take for granted how simple things like loading plates and which bars and cable extensions to use and how to use them, but these things can freak someone out in the first few weeks/months. Just get in there and have fun, watch (secretly) how advanced people are training and don’t be afraid to ask for help.

There is no point in even continuing to lift weights unless you are using an effective and safe form, and a beginner would be much more beneficial doing the same 5 exercises every time they lift but putting all of their focus on learning their body and how it feels to contract muscles, than doing a complex program with plenty of variables. Someone who has never trained seriously will illicit gains through any kind of effective training as long as they can learn quickly how to stimulate the muscles and then of course, eat!