What Happened To Your Favorite Supplement? 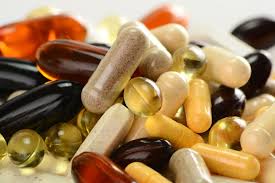 The question, “Why do all the good supplements get taken off the shelf?” is one that I and anyone else who works in the supplement industry hears on a weekly basis. The answer to this question, for anyone heavily invested in this industry, should be easy to come by. However, for the average person who, devastatingly enough, gets their information from the media or any other “mainstream” source, the answer is not so clear.

Let us establish right off the bat that the media or any other mainstream source of information is rarely truth, period. They are simply persuasive forms of education which teach whatever the people or industries with the most money want the public to be taught. Let us not forget that the media once “taught” us that marijuana was as dangerous a drug as any other illicit street drug and far more dangerous than alcohol. Assuming a person has a functioning brain, surely they fully understand the extent to which alcohol is more dangerous than marijuana. Marijuana is responsible for so few deaths that they are not even worth mentioning, while alcohol on the other hand will kill hundreds of people in the time it takes to read this article. Yet, there are still people out there who will argue that marijuana is more dangerous than alcohol, further proving the power and inaccuracy of mainstream information. This is merely one of countless examples. These points will be of use later on as we answer the common question of why “good” supplements are removed from the market.

Supplements that have felt the FDA’s wrath in the last decade or so include ephedra, 1,3 dimethyl, and Hydroxycut Hardcore. The most comical of these bannings is without question Hydroxycut. The fact that over nine million people were using it and they could only find 30 or so cases of liver stress is laughable enough, but the media reported that the ingredient hydroxycitric acid was responsible for causing these liver issues. Fast forward roughly four years and Dr. God, err umm Oz, claims on his show that Garcinia Cambogia (the source of hydroxycitric acid) is a “new” miracle weight loss ingredient which melts away body fat without diet or exercise. So at this point you have the same people who four years earlier rushed into their local vitamin store furious that they would sell such a “dangerous” product, coming in for the same exact product that put them in such grave danger in the first place! Good old mainstream information and its sheep-like followers.

1,3 Dimethyl is another recent victim of the pharmaceutical companies and FDA. Tens of thousands of people used this product for a general pick me up, fat loss, and pre-workout stimulant for years, with no real issues to speak of. Suddenly, when 1,3 reached its peak popularity, a few soldiers apparently suffered from heart attacks with this ingredient in their systems. To recap, tens of millions of regular people, teenagers, couch potatoes, elite athletes, etc. take this supplement for several years void of any problems then suddenly multiple soldiers, only soldiers, have heart attacks from the stuff at for all intents and purposes, the same time. This should reek of fishiness like a Japanese fish market to any logical thinking individual.

Circling back to the media, both of these cases were put on constant display by the media and newspapers. Due to the fantastically efficient level of brainwashing the media has bestowed on the general public, very few people were able to see past the emotion evoking “DEATH” statements and think critically about the situation. Where were the people questioning why only soldiers had heart attacks from 1,3, while millions upon millions of other people used it without issue? Few people questioned why Hydroxycut was banned after a number of “alleged” deaths measured in the single digits, while alcohol is completely legal as it kills thousands of people per day. The desired side effect (no pun intended) of this media induced fear of these specific products is a generalized fear of the entire supplement industry. The same industry responsible for less than one death per year, while pharmaceutical drugs account for millions of deaths on a yearly basis. Once again representing the stranglehold mainstream outlets have on the easily manipulated minds of the general public.

In a nutshell, some supplements are too effective and get too popular for their own good. At a certain point of popularity, the witch hunt begins with the task of finding arbitrary links between this supplement and serious side effects or even death, similar to linking apples to death because a person dies in their home with apples in their cupboard. Do not be surprised if you favorite supplement, which is perfectly safe, suddenly starts slaughtering people and gets pulled from the market. In closing, next time you are watching or reading any form of mainstream information, it may behoove you to stop and switch your information source to a Dr. Seuss book in order to possibly find some truth.