What Every Aspiring Bodybuilder Should Know From the Start 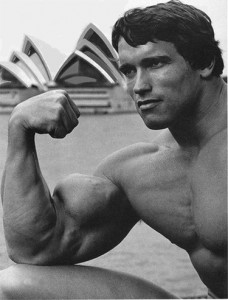 Many of us who once started with weight training or bodybuilding dreamed that one day to be able to be on stage competing with other bodybuilders. For many of us the interest for bodybuilding began already in a young age. I think one of my first meetings with bodybuilding or anatomy was when I got my first He-Man action figures when I was maybe 5-6 years old. I was impressed with the plastic figures because they looked so muscular and powerful. In addition, when I got older, the Hollywood movies came along with actors such as Sylvester Stallone and Arnold Schwarzenegger.

Everyone has their story of how they got into the sport of bodybuilding. What unites many of us is that we might want to compete one day. What I want to point out is that all the younger men and women who are aspiring to become a fitness and bodybuilding athlete. You do not need perfect genetics or compete in the sport to love and feel passionate about it.

Once the journey the results are often very visible in the first 3-4 months. But in the long run – years and years of training styles techniques such as HIT, high and low intensity exercise – forced reps – high and low reps and so on. You have tried all the methods in the book. But you’re not quite there – the place where you feel comfortable to compete. Again – you’ve got a good physique but maybe not one to might fit for stage – and that’s ok.

Sure you have accomplished improvements of your physique – everyone can see that you work out. But you think you’re not quite there and there is something that’s missing. What this is really about, is that many times you forget about your genetic limitations which prevent you from becoming a successful bodybuilder. You might not be one of those few percent of people on this planet who has the right genetic tools to build an extraordinary bodybuilding physique – but you can still accomplish a good one. It feels bad but it’s ok because not everyone is cut out to be a competitive and successful bodybuilder.

As an example; I remember when I had been training for a few years and still saw guys who had bigger arms than me – and that does not always feel like it’s right when your 18-19 and want to become a bodybuilder. It is important to remember that first and foremost, to compete against himself and his own reflection and not someone stranger at gym. The best thing is to realize, as soon as possible, is that that you do not feel anxiety towards training and building muscle. There may be a trend of negative emotions that spirals – it’s something you do not want to get into thinking.

We humans have a tendency to focus on what we do not have, rather than what we actually are gifted with and have achieved.

The culture of bodybuilding includes journalism, being a fan, following contests, being active on forums, friendships, while following the development of the industry and a lot more. Bodybuilding may not be the healthiest sport but there are still many positive things about the sport. Anyone who has the passion has his/her place if they want to – everyone who loves bodybuilding has their own place in the culture. Bodybuilding might not be the healthiest sport around but there are a lot of positive aspects of it all, as mentioned above.

Do not be too hard on yourself. Keep competing against yourself and the mirror. If you got the genetics to compete against other people, then go ahead bodybuilding. It should be fun and stimulating for the mind and body, exercising and going through hard work that will pay off in one way or another. Do not worry too much about your genetics – have fun and love what you do. I’ve said it before, this is your game, no one else’s, remember that.

Some might also getting anxious by looking at the guy next to you, who run a bicep curl and have really big arms when he’s two or three years younger than you. A simple answer: Don’t think about it just accept your genetics and keep going – everyone can improve especially in the younger years and when you develop both your body and soul. Sometimes it actually is a blessing when some things doesn’t come to easy – hard work and dedication and the ability to take on hard work almost always results in very good things for you.

It is also important to realize that as soon as possible when you start training that everyone has a different set of genetics and some are more gifted in some fields and others in different ones. Everyone can build a better physique or be a more athletic man – but not all of us have the best set of genetics to see the stage lights. We must realize that it is ok – it’s ok to love bodybuilding anyway because there are so many other aspects of the culture – and what’s wrong about building muscles for yourself – breaking records and the feeling of the pump.

Although you may not have the best ability to build a physique that looks good on stage as you can get at least as much as muscles those who win trophies. So you are guaranteed to figure out your way to a great physique, as it is important to remember that builders are very much more than just build muscle. My advice is not to worry too much and don’t compare your physique to others. It is normal to be inspired but do not let it spiral into negative thoughts and feelings of being inferior to others – in the worst case lead to that you stop training and that it just brings bad feelings to your head – so keep distance from the beginning.

You are your own person in this race – against yourself. Deepen your knowledge and passions. Hopefully it will become life-long journey that you continue to enjoy.

Accept what you look like and start from there – and improve it from the tools have. Do not get caught up in thinking that other people look so much better than you – I blab la … Accept yourself and train hard. Even if you choose to compete or not, you love bodybuilding as much as you want and get a lot out of it than just a perfect physique. Good luck on your journey through the passion for bodybuilding. You can love bodybuilding as much as any talented competition level bodybuilder. Even more important, is that you feel good about yourself and that you create a solid bodybuilding future.