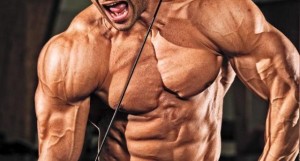 No longer considered a novelty item, the use of growth hormone has expanded rapidly over the last decade, taking up residence in the PED programs of BBr’s worldwide. Just a little over 25 years ago acquiring the drug was difficult and even if one could obtain it, the price was far outside the spending limits of most. Although availability skyrocketed in the 90’s, the price remained unreasonable, limiting its use to either the financially blessed or the desperate. Few could afford to include it in their program with any regularity, but by the turn of the century we witnessed a dramatic shift in the illicit GH market. Non-pharmacy grade growth hormone began to proliferate, providing an opportunity for the previously less fortunate to become acquainted with this area of bodybuilding pharmacology.

Although the new millennium opened up widespread access to the drug, the type of growth hormone being offered at affordable prices was of inferior quality compared to the U.S. pharmacy-grade GH used by the former generation. While pharm-grade GH was still available, prices remained out of reach for the ordinary BB’r, forcing many to forgo the luxury of pharmacy grade GH in favor of under-dosed, impure, and often completely bunk Chinese versions of the drug.

By this point the deciding issue had made a full transition from price to quality, changing our entire approach to purchasing GH. Rather than learning how to identify potential fakes as a prerequisite for purchase, GH serum and IGF-1 testing had now become the norm, with entire websites and numerous forums dedicated to discussing which brands of GH had recently tested well. So unstable was the GH market that it had been proposed that over 90% of available GH products were either under-dosed, fake, or contained no active ingredient at all. Today, pharmacy-grade GH still commands a hefty price tag and non-pharm versions are more unreliable than ever. 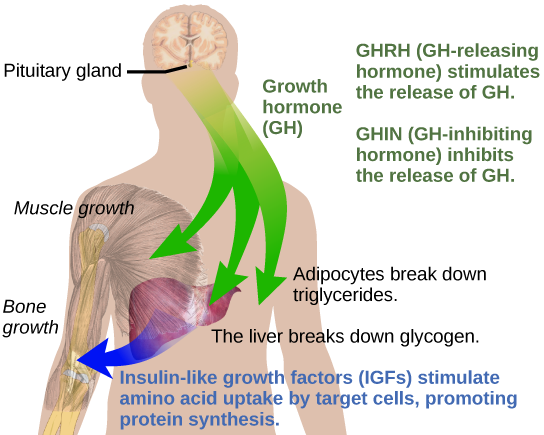 Fortunately, we are not at a complete loss. In fact, GH peptides can offer us many, and in numerous cases all of the benefits associated with traditional GH. At the dawn of the GH peptide market, there was a lot of uncertainty regarding the ability of these drugs to elevate GH effectively. A poor understanding of how they worked, along with the majority of peptide companies sourcing their raw materials from compromised Chinese sources, and a lack of 3rd party testing just made the situation worse. Therefore, it was not surprising to see a large portion of traditional GH users exhibit reluctance when presented with this new option for increasing GH levels.

But, over the last 10 years a vast amount of clinical and real-world research has been conducted, broadening our understanding of their actions in the human body and revealing to us new and more effective ways of administering these drugs. Equally important, several of the more conscientious peptide companies began sourcing their raw materials from U.S compounding pharmacies, providing us with a level of assurance previously unattainable. Finally, in effort to quiet the last of the doubting Thomas’, the best of these companies began employing 3rd party lab testing, leaving no stone unturned in their quest to provide the most pure & potent peptides available. With the question of product legitimacy out of the way, we are free to see just what these peptides could do.

The first thing most people want to know when contemplating the use of GH peptides is “how do they compare to exogenous GH?” When making this comparison, there are two primary factors we need to address before we can come to any conclusions–total GH release and total time of elevation. While exo GH is fairly consistent, maintaining fairly even blood levels for roughly 12 hours, GH peptides are all over the place, capable of maintaining elevated GH levels for as little as 90 minutes to well over a week with a single injection. In addition, total GH release can vary tremendously, as can the drug release curve, depending on the type or combination of GH peptides used. While this is all relevant information, the purpose of this article is not to provide you with a detailed explanation of the pharmacokinetics of every GH peptide available, but rather, to supply you with a basic working knowledge of these drugs, so that you can use them to help accomplish your goals.

One of the most popular methods of determining GH blood levels is through GH serum testing. Administered so that it corresponds with peak blood levels, exo GH is normally used as a baseline for comparison. With a single bolus of 10 IU, a reading of 25-35 is generally considered normal. To give you an idea of how powerful GH peptides can be, even a single injection of low dose GHRP-2 & ModGRF1-29 (a mid-strength peptide combination) have routinely resulted in readings of 20 or even higher. In the following chart, a direct comparison is made between exo GH and this particular GH peptide combination. The GH peptides were administered 3X per day at a dose of 100 mcg each and are represented by 3 separate spikes, while the exo GH was administered in a single 7 IU bolus and is represented by a single spike. As you can see, just a single GH peptide injection elevated GH levels roughly twice as high as a 7 IU injection of exo GH.

With the GH peptides resulting in such an extreme spike in GH levels, one might expect 3 injections per day to provide results equivalent to a 7 IU injection of exo GH, but this is not the case. In reality, one should expect results similar to about half that dose of GH, but why?

Succinctly put, the short active life of this combo does not keep GH levels elevated long enough with a 3X daily protocol. Don’t get me wrong, 3 IU per day certainly isn’t shabby…and many BB’rs faced with financial limitations do use this dose of exo GH. It is also worth mentioning that 3 IU of exo GH generally costs anywhere from 4-8X as much as an equivalent dose of these peptides, making them the much more cost-effective option. However, regardless of whether one uses exo GH or its equivalent in GH peptides, 3 IU is not going to impart the degree of muscle gain that many associate with growth hormone use. The truth is that GH/GH peptides are only marginally effective as growth enhancers at this dosage. Over time, 3 IU will still build muscle and decrease bodyfat, but progress will be rather slow and fail to yield the degree of improvement provided by higher dosages.

In order to experience BB’ing type results, one must administer bodybuilding type dosages, but before we go further let’s briefly run over some basic points everyone should know about GH peptides. There are two primary classes of GH peptides; the GHRP’s (growth hormone releasing peptides) and the GHRH’s (growth hormone releasing hormone). Both work to elevate GH, albeit through different mechanisms. While the technical info can be interesting, the most important thing to understand about these 2 classes of GH peptides is that they work better when combined. Used simultaneously, a synergy takes place, resulting in greater GH output compared to using them at separate times. For this reason, nearly every competent GH peptide program includes both a GHRP and a GHRH. This effect is clearly demonstrated in the chart below: 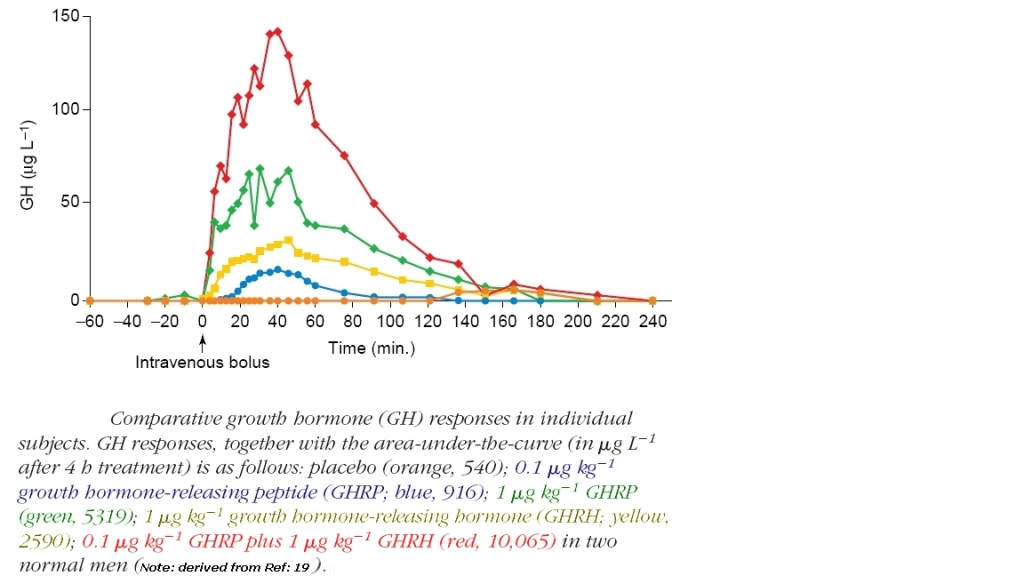 As we go over the different types of GH peptides within each respective class, I am going to limit my discussion only to the most popular. As far as the GHRH’s go, the 2 most well known are ModGRF1-29 (some also incorrectly refer to this peptide as CJC-1295 NO-DAC, which technically doesn’t exist) and CJC-1295 WITH-DAC. There are quite a few others as well, some which show significant promise, but at this point, I would estimate that ModGRF1-29 accounts for at least 80% of all GHRH sales, simply because it works so well when combined with the various GHRP’s. The price is also very reasonable.

The primary difference between these two comes down to one simple factor—duration of action. ModGRF1-29 has a relatively short active life of around 20 minutes, while CJC1295 WITH-DAC is more than a week. With this is mind I cannot fault you for thinking that CJC1295 is the superior peptide. If the two were used alone, it would be, but as mentioned earlier, GHRH’s should always be combined with a GHRP for maximum effect. Once we start bringing GHRP’s into the fold, the picture changes considerably. To make a long story short, bloodwork has repeatedly shown that programs which include ModGRF1-29 and a GHRP result in the greatest increases in GH levels. The downside is that one must administer these compounds multiple times daily in order to yield these results. But, with insulin pins being sufficient for delivery, it is not nearly as bad as it sounds.

The true workhorses are the GHRP’s, as decent GH release can be obtained with GHRP’s alone, but the same cannot be said of the GHRHs. The most commonly used GHRP’s are GHRP-2, GHRP-6, Ipamorelin, and Hexarelin. When it comes to impressive test results, these particular GHRP’s are almost always involved.
Join me next week as we pick up where we left off in Traditional Growth Hormone and the rise of GH Peptides, Part #2…