This Just In: PED’s No Longer Harmful? Just Cheating 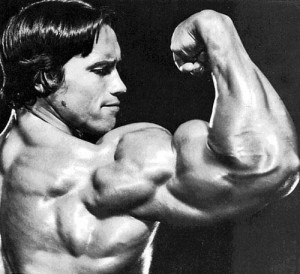 It’s hard to believe that it has been over 10 years since Barry Bonds, Victor Conte, and the BALCO scandal rocked the sports world. Since then we’ve seen Lance Armstrong cry to Oprah, Marion Jones get tossed in jail, Roger Clemens freed on perjury charges, Ray Lewis get accused of using horse semen, and Alex Rodriquez belly ache over just about everything that has come his way. The steroids era athletes have been blasted in the media for harming their bodies, no wait, cheating the game, no wait, setting a bad example. The story has changed so many times I’ve begun to lose track. Does all of this steroid hate really stem from getting into the Hall of Fame?

Most people don’t give two shits about baseball and care even less about its Hall of Old Farts. The media lost all credibility when they tried to act like Deer Antler Spray was the reason Ray Lewis was able to play after his triceps exploded during last season’s Super Bowl run. I’m not saying Ray Ray is a brain surgeon, but every pro athlete knows that real HGH is the answer to a speedier recovery and not something you’d find in the classified ads in the back of Flex Magazine.

What I really want to know is why the mainstream media is so blatantly stupid and rudimentary with their ability to report accurate and thoughtful information? How could these so called intelligent and otherwise bright sports minds seem to bastardize the biggest story this side of Dale Earnhardt breaking his neck on turn 4 at Daytona International Speedway? As if we all didn’t need another reason to laugh at the mainstream media and its abysmal ratings, they give us gem after gem of poor journalistic integrity.

Alex Rodriquez recently had his latest drug cocktail released to the public. He had testosterone, HGH, peptides, and all sorts of different exotic designers going into his system. Yet his accuser, MLB and former owner of the now defunct Biogenesis, Anthony Bosch say that Alex was horribly scared of needles. Anyone that would have spent more than 10 minutes working on the case should have said that all of those drugs, at least to work the way Alex had probably intended, needed to be administered daily, if not multiple times per day. Was this Bosch character doing this? For the reported $12,000 a month he claims he got from Rodriquez to be his guru, I’d like to hope so.

So regardless of what you think about A-Rod and his ineptitude at being a great drug doper, the fact remains, was he really cheating? How is it cheating when everyone is doing it? Sure, the rules state that you are not allowed to take certain drugs if you intend on competing in sports, but aren’t you cheating your family by not taking advantage of the system? Don’t politicians take advantage of the system? Don’t smart business men hire savvy accountants to pay fewer taxes and take advantage of the system? Working angles and being smarter than the system is part of the American Way. It’s how you get places in this world and those who understand the rules better than everyone else win and those that do not get passed by. Working the system is Darwinism at its finest, which is why I’m appalled when athletes are looked down upon for using their genetic hardwiring to their advantage.

This whole breaking the rules thing really chaps my ass. They say anyone who broke the rules should be banned or suspended, and now, anyone who played in the same generation is getting an asterisk next to their name to. Guilty by association is what they’re calling it. Well where’s the asterisk for Babe Ruth? He didn’t have to play with black or Spanish athletes and who knows, if he had, maybe he would have needed something a little stronger than hot dogs and beer. I bet Babe wasn’t afraid of needles. That alone would have made him more likeable than A-Rod. You can bet that if Test Prop, Tren Ace, and HGH were around back in the 20’s and 30’s then Cobb, Gehrig, and Ruth would have been gassed up good and hard.

Back to rules; rules have been made since the beginning on mankind. Rules, like the 10 Commandments, were put in place to control the masses. Well who made all of these athletic rules and what’s their agenda for making them? In baseball, first the rules stated that 1st time PED offenders must serve a 50 game suspension, 100 games for 2nd timers, and a lifetime ban from baseball for a 3rd offense. Yet somehow, someway, A-Rod was banned for an entire season (162 games, plus the post season) for his involvement in this Biogenesis case. What happened to the 50 game rule? Keep in mind A-Rod never tested positive for any PED’s. And even if you factor in that Rodriguez admitted to using Primobolan earlier in his career while playing for the Texas Rangers, wouldn’t this technically account for only his 2nd offense, yielding him 100 games? It seems that MLB has no problem breaking or changing its own rules; if they lack integrity, why should the players have any?

Remember 10 years ago when the campaign against steroids was to help save the kids? “Kids, steroids will cause heart disease, liver disease, kidney disease, cancer, and diabetes. Your balls will shrink, your tits will grow, you’ll shoot blanks, and no woman will ever love you because your back hair will be long enough to braid.” You’d think athletes were smoking heroin and doing lines of blow between innings. Well maybe some of them are, but steroids certainly aren’t causing all of those side-effects. Ok, the back hair thing I cannot defend – guilty as charged Your Honor. Kidding aside, if steroids were a real public health issue why aren’t the governing bodies and media crying for users of these drugs to get health care and sent to rehab like a real drug abuser would be treated. Instead, all anyone seems to care about is records and money.

And there it is, the white elephant in the room: Money. The whole steroid fiasco is about one thing and one thing alone – money. Don’t let anyone try and fool you. Athletes use steroids to try and earn bigger contracts. Owners blame steroids on athletes so they don’t have to pay them once their numbers and performance begin to fade. When ticket sales at stadiums goes down, a blind eye is turned to steroids. The National Football League and 1998 MLB Home Run race being two prime examples. Clearly, pro football players are more juiced up then baseball players, but everyone with a clean conscious knows that without drugs there is no professional football – certainly not as we know it. And for now, MLB will shun those athletes who use or even dabble in PED’s, but when the ratings further tank, and they inevitably will, you’ll see more and more home runs and more first baseman that look like NFL tight ends.

Sports are rigged. Owners own and players play. And for years it’s been a balancing act. The owners have given up a little power to let the players think they have an inkling of control, but the facts remain the same. Owners will be in charge long after every current pro athlete is well into retirement. Owners are playing chess and players and athletes are playing checkers.