The Top 6 Steroids for Raw Strength 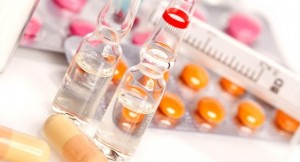 Every now and then I like to depart from the typically science laden teaching style which characterizes my writings just talk about something fun. This is one of those times. Even 25 years later, I still find myself feeling a pinch of excitement when statements such as “world’s most potent steroid”, “best strength drug”, or other similar attention grabbing headlines catch my eye. In fact, it was just a few hours ago, after accidentally coming across an old Thomas O’Connor article on this very subject, that I was inspired to pen my own version.

As interesting as it can be to contemplate this subject, the reality is that any answer one might provide/receive is based on a subjective reality, in which one’s own experience and knowledge combine in order to form an opinion. Variances in personal response, as well as the inability to identify and measure those factors within AAS which are responsible for stimulating strength gains, preclude the possibility of developing a set ranking system.

However, with decades of real-world experience to draw from, we are not left without direction when attempting to make this determination. When compiling this list, my own personal experience will be largely excluded from the equation. Instead, I will select those drugs which have a proven track record in the largest number of people. You may find some of my selections to be a bit unusual, which is understandable given that my choices will not be limited to traditional/prescription steroids. Rather, my opinion will be gleaned from user experience with traditional, OTC, and blackmarket steroids. With that said, let’s kick things off with the first steroid on the list—Anadrol. Note: drugs not listed in order of potency.

As a size and strength drug par excellence, Anadrol’s reputation in the strength community is well deserved. As is the case with many DHT-based compounds, strength gains are large and rapid, with many people experiencing a dramatic increase in their training weights within just 2 weeks of use. Water retention is commonly associated with this drug and is no doubt at least partially responsible for its strength generating effects. Muscular endurance—the ability to continue pushing long after the muscle normally would have reached failure—is only mildly enhanced when taking Anadrol, but explosive strength is significantly improved.

Initially, I was hesitant to place testosterone in the top 6 simply because there are other drugs which produce greater gains in strength over a shorter period of time, but after further comptemplation, my doubts had been erased. While testosterone may not possess the greatest potency on a mg per mg basis, it’s almost non-existent degree hepatoxicity allows it to be used for an extended period of time and at much higher doses than would be possible with methylated drugs, thereby providing greater long-term gains in strength.

Still, let’s not fool ourselves, as the high-dose use of testosterone suspension can indeed produce some dramatic strength gains over a short period of time. While every form of testosterone is a formidable strength-booster, suspension tends to produce these increases more quickly, giving it the edge over other forms of the drug. A well-rounded steroid, testosterone produces its strength gains through a variety of mechanisms, rather than just a single, primary pathway, as is the case with several AAS..

Although one of the top strength drugs on the planet, exorbitant pricing and limited availability have nearly sidelined this drug, especially in America, where 90-95% of all Halo products contain a different steroid than what is listed on the label. Manufacturing costs are largely to blame, with Halotestin costing roughly 7X as much to synthesize as testosterone on a mg per mg basis. This makes it a prime target for unethical UGL’s and manufacturers concerned only with profit.

Unlike many other AAS, Halo works to increase strength almost solely through its pronounced androgenic component, which according to Vida, is 19X greater than testosterone. On the flip side, its anabolic properties are almost non-existent, making Halo quite possibly the world’s best pure strength drug. Don’t expect any weight gain, even in the form of water retention, although it is not uncommon to add a couple pounds of muscle fullness temporarily.

As the 2nd most potent AAS of all time (right behind it’s brother, dimethyltrienolone), it is not surprising to learn that this drug, the methylated version of trenbolone, is also one of the best strength drugs available. Although user experience with this drug is minimal in comparison to most other AAS, in the short amount of time it has been around, it has built a solid reputation for its ability as a strength enhancer, with many users claiming that it made them stronger than anything else they have ever tried.

Keep in mind that many of the people who’ve used this steroid have employed relatively small dosages in the range of 500-2,000 mcg/day (1/2-2 mg), which will not allow for maximum strength gains, especially when falling in the lower end of the range. However, its toxicity prevents it from being administered at doses equivalent to other methyls, although I have seen some individuals use a full 5 mg/day without experiencing an unacceptable increase in liver enzymes (note: cycle support was used throughout the cycle).

A mainstay in both bodybuilding and the strength sports, trenbolone is one of the most potent and commonly used AAS in existence. Among the various non-methylated injectables used for strength, trenbolone ranks near the very top, although there is considerable variance in personal response among users. Some claim that it provides only moderate strength gains, but for those in whom the drug works well, the general consensus seems to be that it is the ultimate non-methylated strength drug.

With an androgenic rating of 500 and an exceptionally strong binding affinity, the majority of trenbolone’s strength effects are likely mediated via the activation of the androgen receptor, resulting in enhanced neural activity leading to more forceful muscular contractions. Weight gain is usually minimal to moderate, depending on goals and diet.

Although one of the newer drugs, Superdrol has been used extensively over the last 9 years, beginning with its release in 2005. During that time it became the #1 selling OTC steroid on the market; a position it held for several years until its ban in late 2012. The reason for its massive success was simple—it provided crazy size & strength gains rivaling or surpassing even the most potent prescription AAS. With drugs like Dianabol, Anadrol, and testosterone floating around out there, claiming to be the superior size & strength drug was a big deal, but one which Superdrol could back-up with proof.

Many claim that SD is the best strength-builder they have ever used, with gains of 15-20 lbs being added to their core lifts every week. More times than not, SD appears to provide better strength gains than even Anadrol, which was for decades was considered the #1 strength drug in the world. I can attest to this in my personal life, as no steroid ever made me stronger than this stuff did….and each time I would use it, my strength would skyrocket. At this point, I have experimented with virtually every drug in existence and have tried literally dozens of different steroid combinations in an attempt to re-create the SD experience. At this point, a trio of Anadrol (50 mg/day), Halotestin (20 mg/day), and Anavar (20 mg/day) has come the closest to providing similar gains in size & strength to SD. That should give you an idea of its potency in a significant portion of the population.

There are several other honorable mentions, some of which I struggled with omitting from the above list, but since there could only be 6, it meant that some had to go. Anavar, often considered a “woman” steroid, is actually one of the best strength drugs I have ever used and I have spoken with many others who feel the same way. The problem is that in order to experience these type of strength gains one must not only be able to acquire legitimate versions of the drug, but they must also be able to afford it (real Anavar costs several times as much to produce, per mg, as a steroid like D-bol or testosterone) at the dosage of 50-100 mg/day. Most people who use legitimate Anavar within this dosing range will typically experience great strength gains.

There are several other AAS that, depending on personal response, can potentially work as well as some of the drugs on this list, but only through personal experimentation will you be able to learn what works the best for you.