The Protein Trend – Part I 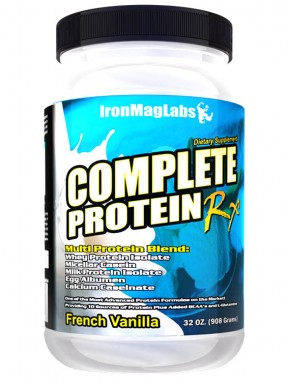 The understanding of how nutrition affects health and bodily function has progressed significantly over the past few decades. We now have access to in depth information that didn’t exist until recently, that explains how certain macronutrients are utilized in the human body and how these nutrients can have an impact on athletic performance, building muscle mass, and shredding unwanted body fat. Bodybuilding and fitness magazines that line newsstands are filled with advertisements and articles that explain the importance of a certain supplement or nutrient, Many of the facts laid out in these ads and articles are often based on information from research studies.

Many of the research studies used are privately funded by a supplement company, and the individuals that lead these studies have an agenda to produce data that shows a particular ingredient or supplement blend is effective or show that a competitive ingredient or blend is ineffective. The goal of certain large supplement companies that fund these studies is to sway consumers towards certain supplements and away from others. This creates trends in the supplement industry, and it’s often fueled by profit margins. Whey protein has gone through various trends, and with all of the contradicting information, it’s not easy to determine whether or not whey protein, or protein powder in general, has been overhyped in the past or overlooked.

About fifteen years ago, whey protein was receiving more praise than any other supplement in the industry. Information showed that whey was the key to recovery, following a workout due to its fast absorption rate and superior amino acid profile. No other supplement or nutrient had received as much attention as whey protein since creatine monohydrate. In the early 1990’s, when creatine monohydrate was first brought into the retail market, it was said to be the next best thing to anabolic steroids for putting on muscle mass and increasing strength. Many self-described ‘gurus’ even compared strength and muscle gains from creatine to that of particular anabolic steroids, such as oxandrolone and nandrolone. While creatine has proven to be a very effective supplement, comparing it to any anabolic steroid is reaching. These comparisons are just sly marketing, which proved to be successful.

After the initial introduction of creatine monohydrate to the market, supplement companies decided they would have to bring new creatine formulas to the table to keep consumers coming back and record profits coming in. Over the past twenty years, countless versions of creatine have been marketed by supplement companies, while research has shown that the original creatine monohydrate is just as effective, if not more effective, than any other version released.

Similar to creatine, protein powders have gone through many changes in the industry. Beliefs about protein powder, more specifically, whey protein, have gone back and forth for over a decade. Information regarding protein intake from whole-foods and protein powders have constantly changed. One magazine article may state that large amounts of protein must be ingested to grow, while competing magazines may say protein consumed in large amounts is a waste and most of it will be excreted without being utilized, while putting stress on the kidneys and other digestive organs. It takes some real digging to determine what information holds any weight, and what information is intended to steer readers away from a particular supplement and towards another.

Similar to what happened to creatine, whey protein would go through its own changes and trends. Whey protein powder was first sold as a whey protein concentrate, which contained anywhere from 34% to 80% protein, with the remainder being comprised of lactose, fat and ash. While still superior to other forms of protein prior to this, supplement companies knew there was room to improve and generate more revenue from whey. Newer filtration processes would allow manufacturers to produce a whey protein isolate that would have a protein content above 90%. This process would raise the cost to distributors, but the low cost of whey at the time, would still allow wholesalers and retailers to pull in favorable profit margins. In the past decade, the cost of whey at the wholesale level has increased dramatically. To keep profit margins where they have been with whey, supplement companies would either have to increase the sales price or decrease their product cost in some way.

Some companies have turned to “amino acid spiking” to make up for the rising price of whey. This is where a free form amino acid such as taurine or glycine, which costs just a fraction of whey, is added to the whey and added to the protein count on the label. In this situation, retail cost does not have to be raised and profits remain good. Many companies haven’t turned to amino acid spiking, but have had to raise the retail price to keep profit margins in a favorable range. This rise in price has to be justified to the consumer, and consumers are more likely to pay a price increase for a product if they feel they are benefiting from it. Supplement companies have made the consumer feel that the price increase is valid by adding digestive enzymes, creatine or other inexpensive supplements, and then calling it, “new and improved.” Some companies have now started to down play the role that protein may play in muscle growth. Some research is now questioning a person’s ability to assimilate large amounts of protein and how much is really essential for muscle for muscle growth. New information would make one think that high protein intake may have been overhyped for years, or are big supplement companies attempting to now steer consumers away from protein powders and towards more profitable supplements? Part II will cover this and more.

Newer Post
The Protein Trend – Part II
Older Post
Did You Get Bit By the Wrong Fitness Bug?