The Good and the Bad of the 212 Division 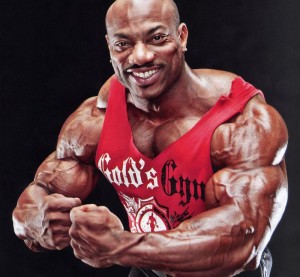 Several years ago, the IFBB instituted a brand new division in which the competitors had to be 210 pounds or less at the time of weigh in. Over time the weight limit of this division was lowered to 202 pounds, then raised to 212 pounds. There are several reasons the IFBB created this division. Many great bodybuilders would earn professional status, only to deny it, thinking that they would have no chance against the 240 pound top professionals.

This meant less athletes at professional events, which in turn meant less money for the IFBB and promoters. Two aspects of the division that have been debated over the years are whether or not the weight limit should be lower or higher, as well as if the prize money, which is a lot lower than the open division, is fair.

Much to my surprise, the weight limit is discussed far less than the prize money. As far as I am concerned, the weight limit is in need of reform to a much greater degree than the prize money. The NPC weight divisions are a clear indication of 212 pounds being too high of a weight. There are seven weight divisions, five of them are maxed out at far less than 212, while only two are over 212. The heavyweight division(2nd heaviest class in the NPC) often sees competitors in the 210 – 215 range. So, in theory, there is only one division that contains “true” professional open-size competitors. This also leaves three divisions to the same fate that the 212 class was originally created to prevent, not being big enough for the pros. Now, people might argue that those 210 pound heavyweights will grow to 220 and be decent open competitors, which I guess is a fair argument, but they would still only be a mere five pounds heavier than the 212 guys who are close to the class limit and “fill up” after weigh ins.

The NPC weight divisions are actually the less potent of my two reasons for lowering the weight limit of the “212” division. The real reason is the size of recent Mr. Olympia top contenders and winners. Jay Cutler, who is considered a “mass monster”, won the Olympia recently in the mid 250’s, which is only 28-30 pounds more than the big 212 guys. Dexter Jackson won the Olympia in 2008 at a fairy tail weight of 235. Most experts put him at 225 onstage, a mere 10 pounds heavier than the big 212 guys. Then you have Phil Heath who has won the title ranging from the mid 230’s to the mid 240’s. An average of 20 pounds heavier than the big 212 ers. These weight differences may seem large, but they really are not. These are also the number one guys on the planet, not just “good” pros. Dexter is still placing top five every year at 230 or less pounds. Several 212 division guys could be 225 onstage if they were not restricted by a weight limit. There are also the age old examples of Lee Priest and Shawn Ray. Lee and Shawn both placed very high at the Olympia(5th to 2nd) for nearly a decade against competitors who were 230, 250, or 260, weighing between 200 and 210 pounds. More recently, David Henry has won open shows weighing 200 pounds.

The prize money is a touchy subject due to the fact that I have a massive amount of respect for all of the 212 ers, and feel that all bodybuilders should earn more money, 212 and open. That said, to compare the 212 prize money with the open is silly. If you want open money, then compete in the open, end of story. The AFL players did not make what the NFL players made, the ECW guys don’t make what the WWE guys make, because the AFL and ECW guys are not in the big leagues! Would anyone argue that those secondary leagues should be paid like the top professionals? If the NFL made a division for slow runners, or the NBA made a division for guys under six feet, they would obviously make a fraction of what the “open” athletes make. Not everyone can be a top professional athlete and make big money, that is just they way it is. If you are five foot one inch tall, you are not going to be in the Mr. Olympia, just like you are not going to be in the NBA, that is just life. Guys like Flex Lewis and Jose Raymond could do good in the open, get contracts, and even win shows, which means for the top 212 guys, the 212 class is not a necessity at all. Not everyone is built to be “the best” or a champion, that is the harsh reality across the board in all sports.

Lowering the 212 limit to 195 or so would cause more guys to accept their pro card, providing the benefits mentioned earlier. In which case you would have welters, middles. and small light heavies in the division, whereas now it is only light heavies and large middles. As far as the money is concerned, I feel that the low numbers in the 212 class(no pun intended) are fine. It gives more incentive for the larger 212 ers to max out their physique and jump into the open division. There are very few fans who would not love to see Flex Lewis and Jose Raymond banging elbows with Dexter Jackson at the Olympia.