The Death of the Independent Bodybuilder 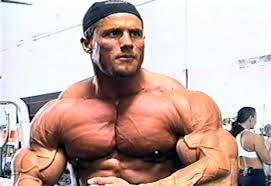 Can I eat chicken instead of fish? I’m not hungry, what should I do? I slept in and don’t want to do my cardio, can I do it later in the day instead? Why haven’t I pooped in 2 days? Everywhere across the world, trainers and coaches phones are blowing up with mind numbingly ridiculous questions. Minute details become life altering choices. In fact, I would bet the amount of cortisol being released from the insane amounts of obsessive worry have a more drastic effect on the physiques of these athletes than the actual choices themselves.

What happened to bodybuilding being the purest form of self improvement and confidence? I personally fell in love with bodybuilding because it was as self-reliant and demanding of a hobby as one could pursue. It seems more and more that people are adapting the lifestyle due to it’s popularity and social impact. The amount of uncreative meme’s and hashtags have reached epic numbers, and honestly I would bet that roughly 75% of the people involved with the industry currently are doing so based on those social factors and not a pure, unexplainable passion for the lifestyle.

Back in the “golden era”, one had to stumble upon the gym culture themselves as there was no instagram to bash you over the head with selfies of people with muscles. The fact that one had to actively seek out bodybuilding meant that it was full of alpha males (and females) who were hell bent on physique enhancement. Information was so scarce on the subject that you only had the input of those at your local gym and the information in the pages of the very modest muscle magazines. Your curiosity had to drive you to seek answers in any way you could, or even better yet *gasp* learn your own body. It built self reassurance as you would have to test an idea and then decide on your own if it was beneficial to you or not. The lack of preconceived concepts being in your head before even trying something on your own will meant you were forced to be much more in tune with your body and how it responded to all stimulus, and thus the art of bodybuilding truly empowered you to reach your full potential physically and mentally and truly bridged the gap between body and mind.

This meant that you were either forced to evolve mentally along with physically, or quickly your lack of self trust would stop you from being successful. I honestly believe the reason so many people of ALL ages are still enthralled to this day with the Arnold-era of bodybuilders is that they were all supremely confident and had leadership qualities. While there certainly were mentors and students and a wide array of relationships amongst the different experience levels, the footage we have of this era shows confident alpha males pursuing their own dream while utilizing their own methods that they re-enforced with their own actions. We saw visions becoming a reality. Contrast that to todays backstage scene at a bodybuilding contest; nervous 230lb muscle men staring at their phone waiting for instructions. Conversations amongst them have more in common with a fashion show (who are you wearing tonight?) as they ask who is doing their diet, their training, their posing, their tan, their cooking, etc. Many bodybuilders of today have more in common with show dogs than they do with the Herculean testosterone fueled heros of the past.

While the topic of posing is a whole subject in itself that we will look at further down the road, it is a prime example of what I am talking about. It’s not uncommon for a bodybuilder to learn his mandatories during contest prep and quickly try to hone them as the show becomes closer. No longer does the competitor start his bodybuilding career with pure visions of his physique and how to present it, rather they just try to build muscle and burn fat, and then get on stage and flex. I’m sure we all know competitors who only pose when they are taking progress pics for their coach so they can get told what to do, and then they usually only practice posing if their coach tells them they should.

Even confidence in this day and age can often be a disguised form of insecurity. Meal pictures and progress shots are also methods for a cyber pat on the back. I am in no way against sharing your pictures with the world, but it can be easy to tell the difference between sharing your vision and looking for someone to tell you that you are doing things correctly. While this isn’t as direct as texting your trainer 45 times a day asking questions, fact of the matter is if you feel the need to show your “progress” daily (you cannot look different enough every day to warrant updates, sorry) you are probably very unsure of what you are doing and looking for approval or guidance. I see this most often with the type we mentioned who are doing this for social status, not because they grew up with a vision of their perfect physique and have decided to pursue it.

As much as I love what the internet has done for bodybuilding in terms of media and sense of culture, it has broadened it up to the masses and it’s difficult to say that is a strictly positive thing. In the current landscape, an idea without a study to prove it is laughed at…a bicep without a photo may as well not exist…a meal without the approval of others is poisonous…and a workout without a facebook status doesn’t count. We are being conditioned to ignore our own brains in favor of what others believe. The beauty of bodybuilding is that it sits perched on the fence between Science and Art. The scientific aspect is always evolving and is the best tool we have, but we often forget the tools are just what we use to create, and without the art there is no use for the “how”. The neurotic nature of today’s competitor is so far away from the alpha male confidence that brought bodybuilding to it’s original peak era, Oh yeah one more question, I ran out of stevia and hate the taste of oats, can I just eat a sweet potato instead? Please respond ASAP I’m freaking out.