The Best Dexter Jackson Ever – A Decade Too Late? 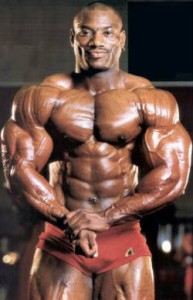 When it comes to inhuman consistency and logic defying longevity, there is no one even in the same sentence as former Mr.Olympia Dexter Jackson. Since late 2000, Jackson has competed in over 55 professional competitions and has been in the top 5 for all but 3 of them. Along the way in this ridiculous string of impressive showings, he has grabbed a record matching 4 Arnold Classic trophies and even de-throned Jay Cutler and stole a Sandow from his grasp. While other bodybuilders back in the 90’s were known for competing in many contests consecutively, the increase in prize money over the last decade or two would make Jackson a likely candidate for most lifetime contest earnings – aside from long term Mr.Olympia’s like Ronnie Coleman.

It would seem idiotic to say Dexter might represent a load of untapped potential, as he has had a career 99% of IFBB bodybuilders would dream of emulating; But a series of events recently are showing that it’s entirely possible that Jackson was sitting on even more of a genetic jackpot than we had initially thought. Rumours have been circulating for the duration of the 2014 offseason that our 2008 Olympia champ had suddenly hit a growth spurt. While we are accustomed to hearing this every year about most competitors, it is not something we are used to hearing from the Blade. Although he has brought a few different “looks” over the last decade and certainly added a few lbs over the years, he has not pushed his body into any serious new growth since he really established himself as a top 5 Mr.Olympia contender.

Without any disrespect intended, Dexter Jackson has quite often been a name associated with phenomenal genetics that allow a certain “relaxed” approached to high level competitive bodybuilding. Known for his insane metabolism and ability to basically eat whatever he wanted, Jackson has not been shy about his choices to dine at restaurants and rely on protein shakes as opposed to the traditional restricted dieting his competitors would have to endure.

Dexter Jackson was born in 1969 and turned pro in 1998. The idea that he may have hit a new stride and still have his best showing AHEAD of him is a truly unique bodybuilding story. After a year or so of lackluster performances (2011-2012) where many were quick to assume the Blade was on the road to retirement, he made it known that his metabolism might have finally transitioned into that of a normal human being and he couldn’t rely on his ridiculous genetic disposition to achieve top contest condition with relative ease. The story out of his camp this year is that this is the first time in basically his entire career that he has approached his off-season with true dedication and added the amount of discipline that less fortunate individuals have to implement….and the results are quite apparent. He recently stepped on stage (although in wifebeater tank top and pants) for a guest posing and the added size is obvious – This will be the biggest Dexter Jackson we have seen yet.

While the forum crazies have already asked questions regarding Jackson’s potential to reclaim the throne, I am not that quick to jump to such conclusions. If he reaches his usual condition with an added 8-10lbs of muscle he will certainly knock off a few names who otherwise would be considered favorites to place ahead of him. But I don’t think Dex was within 10 lbs of striking distance from our Olympia champ Phil Heath or the reigning number 2 Kai Greene. The real question that spins through my mind is how different would we speak of Dexter Jackson if he had found this level of dedication in his early 30’s?

Four Arnold Classics and a Sandow would be more than enough titles for any mortal to call a successful career…but if we saw Dexter grow into a dominant 240+ shredded bodybuilder with perfect proportions the 2000’s might have been a very different landscape. It’s possible that Jay Cutler would not have dethroned Ronnie Coleman and Dexter would have been the one to follow the Big Nasty’s reign. Cutler was not at his best when he finally won the Olympia title and overall the IFBB was a much less competitive scene when Dexter was habitually placing in the top 5 but not considered a future champ. Would a more driven Dex have achieved much higher levels of greatness? Or did his relatively relaxed approach to bodybuilding directly contribute to his longevity which in turn became what he was most respected for?

We will obviously never know the answer, but the history of the Mr.Olympia and the men who won it might read very differently if we saw this light go off in Jackson’s mind a decade prior.