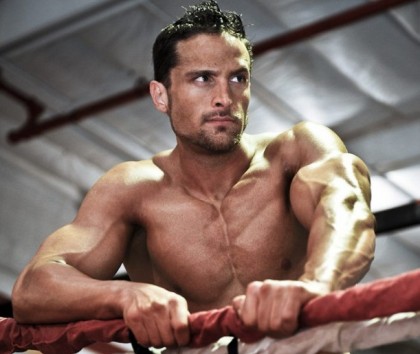 Resolutions are for rookies….but all of us have goals and all of us want each following year to be more successful and productive than the one that preceded it.
One aspect of progression that does not get the amount of attention it rightfully deserves (in my opinion) is having a vision of where you are going and a plan of how to get there. Most of us have an idea of the end result of a physique we are looking to achieve, and while that’s important, I believe it often overshadows an equally important vision of the milestone steps along the way and methods used to climb them.

If your plan is to compete in a show that is 2 years away, what is your next step? Implementing ‘phases’ into your approach to bodybuilding can be a game changer and I promise you that many of the bodies you admire were built by brains that worked in this fashion.

With 24 months time to show day, most people would naturally just tell themselves they are “off season” until the standard 12/16/20 week contest prep time approached. While this might work for the most genetically gifted who don’t have to worry about the troubles of gaining fat or stubborn muscles that just don’t want to grow…it sure as hell isn’t the gameplan us mortals want to apply.

If you are over 12-14% bodyfat at the beginning date and plan on just “winging it” for 20 months there is a damn good chance you are going to end up a lot fatter than you need to be by the time 16 weeks out rolls around. Not only with this make dieting a miserable experience, you will probably waste a lot of your efforts trying to build serious muscle size while your body is in such a suboptimal state. Hormonally your body is not in the best position when you are carrying visible slabs of goop, as your estrogen levels will be likely elevated and insulin sensitivity will be thrown out the window. Not too mention the added level of restriction and cardio come prep time will not help you hold onto your precious offseason gains.

Expecting to stay shredded for the entire time is a pipe dream likely to result in failure as well, but using phases can give a structure to your offseason that will result in the best physique at the end of the goal time. Blasting a large cycle from a higher bodyfat out of the gate might be more gratifying now than letting your body prime for a more productive run, but this is about where you end up and not about your immediate satisfaction.

With 20 months of off season, and starting at a fictional bodyfat of 15%, an example of a plan to progress the MOST over the season could look as follows –

Example **(This is completely hypothetical and just written to show an example of periodization. The amount of time you would want to personally run each phase and the phases themselves depend entirely on the individual and their response as well as personal choices)**

This is in no way concrete and no plan should be set in stone (we all know how many variables can enter the equation), but I believe something along these lines offers the bodybuilder a much better environment to begin contest prep than “winging it”. The pyramided growth months allow for constant gains and the “cruise” months allow for the body to recover and also shed off excess fat gain. This also puts you in a fresher position for each following growth section.

Be prepared to think on your feet and cut any phase short if it goes haywire, but the planned breaks and structured approach will almost undoubtedly result in a fresher, bigger, leaner, better bodybuilder than if one is simply to eat as much as they can and take whatever drugs they can get their hands on.