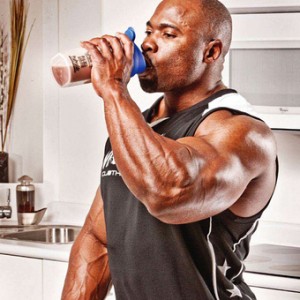 The supplement industry is as trend based as any other. As soon as a new sub category is created and deemed worthwhile by even a moderate amount of research it is common for the market to be flooded with entries by all companies large and small, all taking a swing and throwing their hat into each respective category. More specifically, each window of timing surrounding everyone’s daily workout has seen it’s own glory day where it has dominated the supplement store shelves and ate up precious consumer dollars. We first really saw the emphasis be placed on the post-workout window, and recovery became something we were all obsessed about.

While food was always something that would naturally be on your mind after an intense session in the gym, bodybuilders would commonly hit a restaurant on the way home or just feast on whatever was next on their daily meal plan. With the prioritization on recovery reaching obsessive levels, faster digesting protein supplements as well as sugar laden carb drinks made it convenient to have your post workout nutrition on the go and it became (and still is) very common to see lifters race to their gym bag minutes after the last set to start ingesting nutrients.

After we all had adopted the mantra of post workout recovery being the main determining factor in a workout being effective or not, we were shown the light once again. How you could possibly have the optimal workout if you don’t load your body with the necessary cocktail BEFORE training? Pre-workout supplementation has taken many different forms in the years following it’s explosion of popularity, but the basic formulas in the beginning were a combination of stimulants and ingredients designed to increase blood flow to the muscles. In the days before this phenomenon reached it’s peak, bodybuilders would often just drink a cup of coffee if they needed a boost in energy and make sure the meal that they ate before heading out to train contained the right amount of good carbohydrates to facilitate a pump – a rather simple process. Now we have specific powders that hit you like a lightning bolt, and could be dumped in a cup and mixed with water – a little tub that promised the workout of your life in every scoop. What really was going on was that people were blasted with energy from consuming larger amounts of caffeine than they were used to and were lifting weights like maniacs. The dependency on pre-workout supplements can still be seen to this day over a decade later and it’s common to see teenagers mixing up their drinks in the locker room before they lift. We are starting to see new interesting takes on the entire premise with new ingredients being added for mental focus as opposed to just white knuckle energy, but for the most part the concept remains the same – Get wired, get a pump.

The concept of intra-workout supplementation (consuming supplements and nutrients during your actual workout) has actually be utilized for a much longer period of time that most people who are just adopting the technique now might realize. IFBB Professional Bodybuilder Milos Sarcev was known for his religious following of the intra-workout philosophy. What doesn’t get mentioned in the mainstream supplement world is that a lot of these ideologies were formed to support specifically timed exogenous insulin use, where the athlete would take the desired amount of insulin in the period leading up to training and then using it to shuttle the supplements and carbohydrates into the muscles as the blood is flowing to them. The effect this technique has on muscle fullness and growth is shocking, and back in the pre-internet (or at least much less internet based) world it caused rumors to spread and everyone wanted to know how already seasoned bodybuilders were suddenly slapping on 20lbs of weight. In it’s original conception days, bodybuilders were creating their own cocktail of supplements to use in this protocol as no all-in-one formulas had been developed.

Fast forward a decade or so and the mainstream supplement market is finally capitalizing on the intra-workout window, and it is now one of the most commonly talked about aspects of nutrition and supplementation for bodybuilders of all experience levels. While the use of insulin in conjunction with the supplementation is more common than ever, there is a large percentage of consumers who don’t venture that route or quite likely don’t even know that it is a part of the equation. Bodybuilders always being the guinea pigs, this category of supplements is much more bred out of a need as opposed to pre-workout supplements which were marketed out of nowhere. We are now seeing more companies releasing entire intra supplements and almost every company has some form of amino product geared towards being ingested during training. With the popularity of trainers like John Meadows fully endorsing intra supplementation and picking up where Milos Sarcev left off, it’s safe to say this new obsession is here to stay, and we are already seeing a shift away from post workout supplements being mandatory in a bodybuilders arsenal.

The science and empirical evidence is there and it looks like Intra is here to stay but the question is, where do we go from here? The entire workout window has now been target by it’s own separate group of supplements. It’s likely that we will see advancements in the intra workout window (this is arguably the most effective and beneficial in terms of muscle growth) over the next few years and see it refined. It begs the question however, what is next?