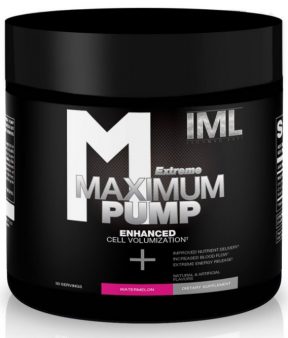 No longer considered a novelty item, the pre-workout category of supplementation has evolved dramatically over the last 10 years, with the one-dimensional products of yesteryear being replaced by more holistic formulas. In the beginning, these products relied almost solely on stimulants as their claim to fame, as popular opinion declared that the more jacked you got, the better the product was. With effectiveness based almost entirely around this stimulatory effect, we saw competing companies start dumping stims in by the handful, regardless of whether such a practice was actually beneficial for muscle growth, let alone healthy. The excessive stimulant content of some of these preparations left them nearly unusable by the majority of the population, and if you were unfortunate enough to have purchased one of these, the following crash was often enough to make you think twice before taking another dose.

If you were lucky, your product of choice might contain a smattering of ingredients deigned to help build muscle or enhance recovery—usually in less that efficacious quantities. Realizing the limitations of this approach, results oriented supplement developers began to move away from nervous system overload as a point of sale and provide more comprehensive blends designed to provide not only energy, but to enhance overall performance and muscle growth through multiple pathways. These next generation formulas were a major step up from the products that originally popularized the category, with ingredient profiles comprised of scientifically validated compounds in effective dosages.

One such product which meets this criteria is Maximum Pump Extreme. With over a dozen clinically studied ingredients, it is one of the most complete products in its class, working to improve performance and muscle growth through enhanced blood flow, ATP regeneration, muscle volumization, protein synthesis, nervous system stimulation, cognitive function, muscular endurance, muscular strength, testosterone production, and fat burning. That’s a pretty impressive list of benefits, all of which are relevant to the hard-training bodybuilder interested in maximizing his progress.

The ingredients within Maximum Pump Extreme can be divided into 6 main categories: nootropics, muscle volumizers, nervous system stimulants, hormonal modulators, vasodilators, and lactic acid buffering agents. Many of these ingredients are multifaceted in their effects, providing additional benefits outside of their primary function. The first of these is Orchilean, otherwise known as Cymbidium Goeringii Extract. Derived from the Noble orchid, a flowering plant native to the Himalayas, it provides a stimulant effect similar to ephedrine or DMAA, but without the harsh, jittery feeling characteristic of these older products. Although a potent stimulant in its own right, many users describe the experience as less anxious and with a more gentle come down period.

Rounding out Maximum Pump Extreme’s stimulant profile is the classic stand by, caffeine. Despite market saturation with similar products, it remains the most popular pick me up drug available today. In addition to its energy boosting properties, it also provides a potent lipolytic effect, increasing the rate of fat loss. As a whole, caffeine’s effectiveness is undisputed and unlike so many other stims, reasonable dosages provide the desired result without unwanted side effects, making its addition a foregone conclusion in the reformulated Maximum Pump Extreme.

Betaine, also known as trimethylglycine, is an excellent addition to any pre-workout product. With a resurgence in popularity among bodybuilders and strength athletes alike, it is one of the more clinically validated performance enhancers on the market. From 2010 onward there have been multiple studies demonstrating near immediate strength and power generating effects of betaine supplementation on trained individuals. In another study, which is particularly relevant to BB’rs, betaine was shown to increase muscle size and decrease bodyfat in rapid fashion. As reported by The Journal of The International Society of Sports Nutrition, the group which supplemented with betaine added 4 pounds of lean mass and decreased their bodyfat by 7% within only 6 weeks, while the placebo group showed no increases in lean mass or decreases in bodyfat. These improvements are impressive under nearly any circumstances, especially considering that betaine is non-hormonal in nature.

Next on the list is beta alanine. A modified version of the amino acid alanine, beta alanine increases muscle carnosine levels, resulting in a lactic acid buffering effect in the body. This directly improves muscular endurance, allowing the bodybuilder to perform additional reps and stimulate greater muscle growth. This effect does not become fully apparent until total set time begins to approach 60 seconds and longer, which makes it particularly useful for high-rep leg training or when using descending sets. Researchers also suggest the presence of a synergistic effect between creatine and beta alanine; a combination found in Maximum Pump Extreme.

Initially taking a back seat to arginine, citrulline malate is one of the original pump-inducing supplements, with several older products including this compound as a secondary ingredient in their N.O. boosting formula. However, research has revealed that citrulline is actually more effective than arginine at increasing N.O. levels within the body. A German study evaluating the effects of citrulline on heart patients found that a 3 gram dose of citrulline malate led to equal improvements in vasodialation and vascular function as a 6 gram dose of arginine. Today, its inclusion is considered mandatory by any company wishing to produce a top-end pump product.

Moving on, let’s take a look at agmatine sulfate. Despite its newcomer status, this compound has quickly earned a reputation as one of the premier pump products on the market. Known for its versatility, research on agmatine sulfate has exploded over the last couple years, revealing potential applications in the fields of cognitive enhancement, anti-aging, pain relief, and drug addiction. It may also improve insulin response, work as a hormone modulator, provide anxiolytic effects, and of course, increase N.O. levels. It is considered standard fare for any serious BB’r looking to improve blood flow, but its relatively high cost may cause less scrupulous companies to prioritize profit over efficacy through sub-optimal dosing practices.

Another old standby of unparalleled effectiveness, creatine monohydrate is the most widely utilized supplement in sports nutrition history. With literally 100’s of clinical studies demonstrating its positive effects on size and strength and an entire generation of bodybuilders having reaped its benefits, its status as a foundational supplement has been secured. Functioning as a potent muscle volumizer, bodyweight increases between 4-8 lbs are typical, while strength gains are equally impressive. One can also expect to experience accelerated recovery, improved muscle pumps, and even increased protein synthesis.

DAA, or D-aspartic acid, falls into the testosterone boosting category of supplements. Recent research reveals the ability of D-aspartic acid to increase LH production by up to 133%, with a subsequent increase in total testosterone of 142%. Not bad for a single amino acid. As a potent endogenous stimulator of protein synthesis, testosterone is the single biggest contributor in the muscle growth process, while its effects on the mind are responsible for the development of alpha-male traits in men. Unlike injectable forms of testosterone, DAA will not lead to H.P.T.A suppression, preventing the type of post-cycle gains loss associated with prohormones and traditional steroids.

N-Acetyl-Glutamine (NAG), although similar to glutamine, provides additional effects not observed with the free-form version of this amino acid, most notably in the form of cognitive enhancement. Acting as a sort of psycho-stimulant, NAG has been shown to enhance both memory and focus, facilitating improved workout performance, while its greater stability and lack of intolerance issues increases both its effectiveness and digestive compatibility. Of course, all of Glutamine’s standard benefits, such as improved recovery, immune system support, and muscle volumization are also present.

Mucuna pruiens, a legume of tropical origin often referred to as velvet bean, is a rich source of the active compound L-dopa. A precursor to several important neurotransmitters, this tyrosine derived amino acid is particularly effective at elevating dopamine levels within the brain, thereby having a direct impact on mood and concentration, while also helping to alleviate depression and anxiety. L-dopa pairs well with many stimulants, as it tends to provide a mood-leveling or calming effect, allowing the individual to continue experiencing the increased energy characteristic of nervous system stimulants, but with less of the jitteriness and anxiety that typically accompanies their use. As an added benefit, L-dopa significantly increases GH production and provides anti-oxidant protection.

A non-essential amino acid, tyrosine is produced from phenylalanine and is involved in several important functions in the body. As a precursor to catecholamine production, tyrosine is required for synthesis of the neurotransmitters dopamine, epinephrine and norepinephrine. Having direct effects on mood, cognitive function, and lipolysis, maintaining adequate levels of these chemical messengers is essential for enhancing mental acuity, alleviating depression, and promoting fat loss. By providing adequate substrate through tyrosine supplementation, production of these neurotransmitters is optimized.

Taurine, initially included as a supportive ingredient in early creatine formulas, provides several benefits for the hard-training bodybuilder. As an osmolyte, taurine is involved in the regulation of fluid balance, assisting in cellular hydration and the volumization of muscle tissue. It has also been shown to reduce fatigue, leading to increased endurance and improved work capacity. Some studies have demonstrated a reduction in the urinary excretion of creatinine post-training, suggesting the presence of an anti-catabolic effect via decreased muscle breakdown. Lastly, taurine’s ability to alter cellular calcium levels may lead to increased force production.

A common ingredient in various OTC formulas, advocates of green tea have attributed a host of beneficial effects to this plant ranging from cancer prevention to fat loss. Loaded with polyphenols, the flavonoids and catechins within green tear are responsible for the majority of its positive effects. Among them, ECGC (Epigallocatechin Gallate) appears to be the all-star, acting as a powerful anti-oxidant and fat loss agent. As an anti-oxidant, EGCG may help minimize the free-radical induced muscle damage encountered during weight training, allowing for a more rapid recovery and potentiating the growth response. Its thermogenic properties are equally impressive, with one study demonstrating an increase in fat oxidation (fat burning) of 17%. Green tea also contains significant amounts of L-theanine, an amino acid capable of crossing the blood-brain barrier and which has been shown to improve cognitive function, particularly when paired with caffeine
Rounding things out is arginine alpha-ketoglutarate (AAKG), a modified form of the amino acid arginine. AAKG has multiple effects in the body, the most well-known of which is its role as a regulator in N.O. synthesis, which it accomplishes by providing the basic material necessary for its conversion. More importantly, AAKG is a potent stimulator of growth hormone release, with numerous clinical studies demonstrating its ability to increase GH over 100%. When consumed immediately before training, as in the case of Maximum Pump Extreme, natural GH output is further amplified, resulting in a 300-500%+ increase in GH blood levels.

If you are looking for a pre-workout supplement that will deliver noticeable improvements in energy, strength, endurance, and focus, while simultaneously improving your pumps, vascularity, testosterone levels, and rate of fat loss, then Maximum Pump Extreme will not disappoint. These days, there is no reason to settle for 2nd class products which do nothing more than provide a jolt of energy. We should expect more. As a next-generation pre-workout product, each serving of Maximum Pump Extreme contains over a dozen of the most effective performance enhancers on the market, providing the user with a degree of physical and mental enhancement unattainable with conventional formulas.