Posing – Will It Ever Matter Again? 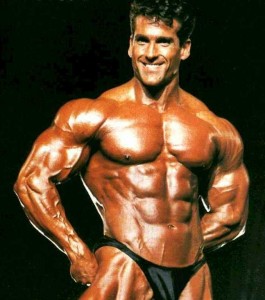 IFBB professional bodybuilding shows still feature a “night show” where competitors are re-compared and also get to perform a posing routine set to music of their choice. If you were an outsider, you would probably assume that this section of the show (especially if you didn’t see prejudging) was of high importance contributed greatly to the outcome of the event. It would make sense; the routines are long, it requires the most amount of skill and preparation, and is brutally obvious when someone neglects to put any work into it.

Well, that assumption would be horribly incorrect. Not only is the posing round not a huge contributing factor, it has absolutely zero bearing on the scorecard and has no relevance to the judges. In fact, at a lot of regional amateur shows, the night show isn’t even judged and 100% of the scores are determined in prejudging. In theory, someone could come out to the music from Pee Wee Herman’s Funhouse and roll around thrusting their hips and if they were by far the best physique on stage that day, it would not stop them from winning their trophy. Conversely, someone could labor for months on an articulate routine and perform it flawlessly, moving the audience to near tears, and it would not even remotely help them advance on a competitor who raises the roof to “who let the dogs out” for 180 seconds.

There are multiple arguments on both sides of the fence on this topic. Old fashioned purists tend to think it’s a disgrace, and that a well thought out posing routine that showcases an athlete’s strengths and minimizes his weaknesses is as much of a part of being a bodybuilder as training your biceps. It’s hard to argue the impact of a memorable routine, although they are very very rare these days.

While great posing used to refer to creative transitions and showcasing ones physique in the most powerful and artistic way possible, the people who are now credited as “great posers” have more in common with exotic dancers than bodybuilders. Many people seem to be impressed by this style of routine, but to me it is not posing and sexualizing the act of posing in a thong for other men definitely helps push the entire sport into the “wtf” zone for the general public. I guess at least they are putting time and effort into it unlike the foot stomping, hands to the ear “routines” of some competitors who clearly just wing it, hitting shots while walking back and forth awkwardly.

Should the routine be scored? The judges minds are mostly made up after the mandatory poses and comparisons from prejudging, so why even have the routines if they don’t impact the result? Do fans truly find them entertaining or are they just an awkward leftover from bodybuildings more artistic past?

Personally I would love to see routines matter again, but only if they come from a more classic approach and not what passes as posing today. It could be argued that the only benefit to having a solid (or at least memorable) posing routine in today’s scene is to catch the eyes of promoters and land yourself some extra guest posing spots. It begs the question, if routines are not scored, is there really any necessity to split the show into a prejudging and finals? It could be argued that one showing is all we need to assess the physiques, and comparisons and mandatories could all be done at the finals alone to determine the winner.

I’m conflicted. What do you think?