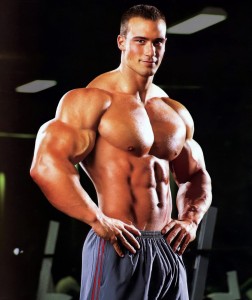 Previously, in Part #1 of this article, we addressed several preventative measures one can employ in order to restore/maintain a healthy appetite, especially in regards to supplementation, diet, and knowing one’s body. However, before we move onto the topic of curative therapies, there are a few more preventative measures we should touch on. Colonics are one of these. Commonly referred to as colonic irrigation or colon hydrotherapy, colonics require the assistance of a trained professional and involve the infusion of water into the rectum for the purpose of cleansing and flushing out the colon. Due to the nature of the procedure, it is much more thorough and rapid-acting than conventional home treatments involving OTC laxatives.

Many BB’rs have claimed to experience a significant increase in appetite and well being just a short time after receiving treatment. IFBB professional BB’r, Tony Freeman, is a big advocate of colonics because of the numerous benefits they provide, including improvements in one’s aesthetic appeal through waist reduction. Being that BB’rs depend on the optimal functioning of their digestive systems in order to facilitate maximum gains in muscle mass, I recommend administering colonics no less than 1-2X yearly.

Although steroids are a necessary part of any BB’ing program, some of them, particularly oral AAS, are well known to cause appetite suppression in certain individuals. Still, personal response is highly variable. Just because one oral might cause this side effect does not mean they all will and sometimes, lowering the dose is all it takes to minimize or eliminate this side effect completely. The only way to know how one will respond to the various orals is to try them and see. Although the dramatic size & strength gains associated with some of these drugs has made them a favorite of many who are trying to get bigger, their use does absolutely no good if the BBr’s appetite becomes so suppressed that he can’t eat enough to sustain muscle growth. In these instances, if the BB’r is unable to stimulate his appetite using the methods explained in this article, then abstinence, or a drastically reduced dosage, may be the best option.

Although the above steps may be all it takes for some BB’rs to restore/maintain their appetite, there are others, particularly those with faster metabolic rates, who will continue to struggle with putting down all the food required to grow. There are numerous curative options available for these people, which can vary in effectiveness based on the chief under-lying issues present and personal response. The fact is that BB’ing is a sport which seeks to push the development of the human body far beyond what nature intended. This places stress on the body as a whole, especially the digestive system, as it is forced to process a quantity of food that can be 2 or even 3 times greater than what it was originally built to handle. For this reason it should come as no shock to learn that the body often fights back in an attempt to reduce food intake to more comfortable levels. Various hormonal and chemical signals, used to regulate appetite, are sent forth with the goal of making one feel less hungry. In some, this can have the effect of virtually shutting down the hunger response, making it difficult to get any enjoyment out of eating and turning BB’ing into a non-stop chore. No one can go on like this forever and even if you could, why would you want to?

Well, you don’t have to. There are a variety of traditional and newer methods being used these days to help BB’rs increase their appetite. As someone who has struggled with chronic appetite loss, I can tell you through experience that many of these methods do work. One of the more recent classes of drugs that have proven effective are the Ghrelin mimetics, otherwise known as GH peptides. Produced mainly by P/D1 cells in the stomach and epsilon cells in the pancreas, ghrelin is the hormone which helps regulate hunger in the human body. Levels of this hormone rise when fasting and fall after feeding. Under normal circumstances, this hormone is counter-balanced with leptin; the hormone responsible for inducing satiety (feelings of fullness), but when we eat more food than the body needs to sustain normal physiological function, this balance is shifted in favor of leptin.

Ghrelin mimetics do just what their name implies—they mimic the actions of ghrelin in the body. Obviously, this can be of significant benefit to those whose ghrelin-leptin ratio is no longer conducive to following a BB’ing diet. However, it is important that we make a distinction between those GH peptides which have appetite stimulating effects and those that don’t. GHRP-6 and GHRP-2 are the most effective of the bunch, with GHRP-6 generally being considered top dog, although personally, I can’t tell much of a difference between the two.

It is not uncommon to experience an increase in hunger within just 10-15 minutes of administering these drugs. Although results are dose-dependent, it may not be necessary to administer high doses in order to get the results you want. Most find that a dose of 200-300 is more than sufficient for getting the job done, while for some 100 mcg may be sufficient. Being inexpensive (each $10-$15 vial typically contains about 25 doses at 200 mcg each), pretty much anyone can afford to use this stuff. It is readily available for peptide companies all over the Net.

A more traditional approach to increasing appetite would be B-12 injections. With variable results and lacking a plausible mechanism of action, there is some debate regarding its effectiveness. Still, it has been around for decades, with many people swearing it has worked for them. While it would not be my first recommendation, the fact that people are still using it and claiming positive results leads me to believe there is some merit to its use. Keep in mind that if you are already taking oral B-12 or a high dose multivitamin on a daily basis, using injectable B-12 is much less likely to work for you. A normal dosing range for injectable B-12 would be 500-1000 mcg, 3X weekly.

The next option on the list is not a drug or a supplement, but good, old-fashioned cardio. While cardio may be frowned upon by some during the off-season, this is a mistake, as cardio has undeniable benefits for the mass-seeker. Those who are against the practice argue that it not only burns through much needed calories (calories they claim would be better used for growth), but that it forces the body to adapt to two different stressors at once, thereby causing it to partition is limited recovery resources between opposing goals, rather than focusing fully on the task of muscle growth. Seems like a good explanation, but real-world experience tells a different story. First of all, I am not talking about intensive, frequent cardio sessions performed for the purpose of fat loss and/or improving endurance. I am referring to short-moderate length sessions (20-30 minutes, max) done at low-moderate intensities 3-4X a week. These are designed to improve blood flow to muscles, increase nutrient transport, promote recovery, enhance weight training performance, and increase appetite. All of these benefits are relevant to the off-season BB’r looking for maximum mass gains. As far the calorie conservation claims are concerned, the number of calories burned during these sessions is small and easily made up for by the increase in appetite one is sure to experience when they begin including cardiovascular activity into their routine.

Although I am not an advocate of the following method for numerous reasons, there is no denying its effectiveness. As an appetite enhancer, marijuana has proven itself to be a powerhouse drug. Causing intense hunger in many who use it, its effects manifest rapidly and can last several hours. With chronic use, these positive effects tend to diminish over time–often to the point where they are no longer discernible, but when small doses are used infrequently, one can usually retain this benefit while minimizing the negative effects associated with heavier use.
As one with extensive prior experience with this drug and knowing the potential dangers that abuse can bring, I am hesitant to even include it on the list. At the same time, I am well aware that others with less addictive personalities (there are quite a few in BB’ing)—those who use the drug primarily for the purpose of appetite stimulation and are able to manage their use more responsibly, are able to avoid many of the potential negative side effects.

Closely related to marijuana is the prescription drug Marinol (dronabinol). Prescribed to those with HIV and other wasting conditions, Marinol contains a synthetic version of THC; the active compound found in marijuana. Being that it works through the same mechanism as marijuana, there isn’t much more to add. Marinol is manufactured in capsule form at a dosage of 2.5 mg, 5 mg, and 10 mg per cap. Finding this product on the blackmarket will be difficult to say the least and finding a doctor willing to prescribe it probably won’t be much easier, but for the sake of thoroughness, I figured I would include it anyway.

As one of the few drugs mentioned here with clinical applications, Megace, or megestrol acetate, is used for advanced breast and endometrial cancer, as well as for those suffering from appetite suppression and/or weight loss due to disease. Available by prescription, Megace is similar to the hormone progesterone and thus, is capable of causing many of the same side effects as progesterone, such as decreased libido and sexual dysfunction. Due to the number and type of side effects possible, it would not be my first recommendation, nor will most find it suitable for long-term use. Those that do choose use the drug often find that it is best administered for short periods of time or on an as needed basis; a much more reasonable approach. When used for the purpose of appetite stimulation, physicians routinely prescribe 800 mg/day, as this was the dose found to be safe & effective in clinical trials, but many will find that a lower dose of 200-400 mg daily will yield more than adequate results while minimizing side effects.

If you took the time to read through this article, then there is a good chance you are having some difficulty eating all the food necessary to maximize your growth rate. Whether you were born with a lighting fast metabolism, have built your muscle mass up to the point where you caloric requirements are immense, or just have a small appetite, there is a very good chance that at least a few of the methods presented here will work for you. With the majority of them costing very little to implement, no one should be excluded from finding help. Until next time…