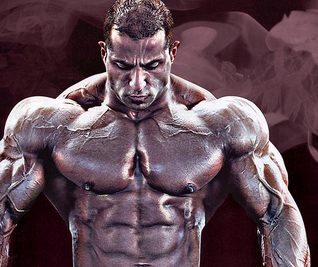 Release over a year ago and with real-world experience mounting, I figured now would be a good time to re-visit this once new drug and see how the current view stacks up against the old one. In term of technical data, not much has changed. Well, nothing has changed in that regard, but the way we use this drug is now beginning to come into its own. In some ways Ostarine has surpassed previous expectations, but in others it has fallen a little short. Knowing its strong points and weaknesses will help you apply this drug in the most effective manner possible and maximize your chances of having a positive experience.

Upon its initial release, no one really knew what to expect. Sure, there were a few clinical trials available for reference, but until a drug is actually used by the target population in a wide variety of settings and circumstances, all we can do is speculate. Possessing a supposedly moderate anabolic effect in combination with a nearly non-existent androgenic component, we assumed it would be ideally suited for the following purposes: 1) For use as a stand-alone anabolic in those wishing to avoid side effects. 2) For gains maintenance during PCT. 3) For use in women. 4) For extending oral only cycles, as it lacks the toxic component of methylated orals.

As it turns out, we were correct in all those regards, but its effectiveness was not equal across the board. As the months passed by and experience accumulated, Ostarine was well received in some of these areas and criticized in others. Eventually, we reached a general consensus on the best ways to use the drug, firmly establishing its niche in the PED world. Let’s go over each of these potential applications listed above and see how they stack up in the real-world.

While there is no denying that Ostarine is “one of a kind” in terms of safety, its ability to add muscle mass & strength is in no way comparable to the stronger methylated steroids currently sold in the marketplace. In experienced steroid users, its value as a muscle builder is mediocre at best and useless at worst. Even among those just entering the world of anabolics, Ostarine provides mild gains. Still, for those newer users who are content to add a few lbs of lean, dry, muscle tissue, while sparing themselves the side effects typically associated with AAS, it can be a good fit. The take home message here is that Ostarine is not a “get big” drug, so if you want to add a lot of muscle tissue, Ostarine is not for you.

However, it is worth mentioning that any gains one does make are generally more easily maintained than with AAS.
When it comes to using Ostarine as a maintenance drug during PCT, our initial impressions were a bit off. Many thought Ostarine would be the first S.A.R.M. capable of sustaining a significant anabolic effect without any appreciable impact on the HPTA. While Ostarine can be used for this purpose, lower dosages must be employed. Otherwise, suppression becomes an issue and recovery is hindered. When using Ostarine during PCT, I recommend using no more than 5-7 mg/day, max. At this dosage, the muscle protective effect is evident, while simultaneously allowing for restoration of normal testosterone production.

In my opinion, Ostarine shines its brightest when used in women. For decades now, female trainers have had to contend with the hormonal disadvantages associated with womanhood. Traditionally, any attempt at shaping the body through muscle building has proven tremendously difficult, with most women receiving only modest returns for their efforts. In desperation, some turned to steroids for assistance, but most, being afraid of potential side effects, would not go anywhere near them.

This left women between a rock and a hard place. They could either continue to toil away with meager results, or they could radically increase their rate of progress while risking their femininity. The argument could be raised “why not use Anavar, which is unlikely to be problematic when administered at low dosages?” Aside from the legality issue (which alone is enough to turn most women away), the absence of side effects is not guaranteed. The risks may be reduced, but there is always a possibility. With side effects such as hair loss having been reported in some women, we needed to find a better alternative and that’s exactly what we have with Ostarine.

Unlike most men, women respond very well to Ostarine. This is due to their increased sensitivity to anabolics…and Ostarine is no exception. This allows women to experience steroid-like gains in muscle tissue, similar to the gains men usually experience with milder anabolics such as Boldenone (EQ) or Methenolone (Primo). As stated above, the androgenic component of Ostarine is nearly non-existent, eliminating the possibility of masculinizing side effects. This is a compound women can safely use to enhance their progress without worry.

Lastly, Ostarine’s non-methylated nature enables it to be used as bridge between methylated products, effectively extending one’s cycle indefinitely. For example, if running Super DMZ 3.0 for 30 day cycles, a break is usually taken afterward, during which time Ostarine can be administered. Technically, this type of alternate, back and forth cycling format can be continued as long as desired without incurring excessive liver stress.

Most of what we knew before about this drug still applies today, although we now have a clearer understanding of the circumstances it works best in. Please keep in mind that this only my opinion. Other individuals have voiced different feelings on the matter. Hopefully, this article provided at least a bit of insight into the workings and applications of Ostarine.