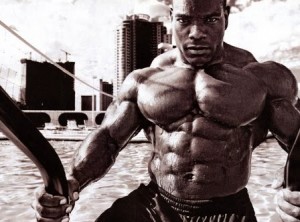 Instead of giving you guys to usual spiel about some new drug or how to use them I decided to do something a bit different this time around, the idea for which came to me during a conversation with another member of the online bodybuilding community. In the midst of our back and forth banter, it eventually became evident that I was dealing with someone who had been misled regarding the true place of non-traditional AAS within a steroid user’s program. As the conversation progressed, he revealed that most of the information he was sharing had been provided by another well known writer within the industry.

After confirming the legitimacy of this claim through a video that had been posted on YouTube, my initial reaction was one of surprise, as I did not expect an individual with this degree of experience to have such little insight into a topic he had elected to teach on. However, my surprise quickly turned to disappointment as I was once again forced to come to grips with the fact that not everything we read or hear can be relied on, even when coming from supposed “experts”. While this realization came early for many of us, to see these kinds of inaccuracies come from those who are held up as the cream of the crop…well, it tends to bother me a little bit more. After all, if we can’t trust those who write for the top-level magazines, who can we trust?

Fortunately, there are plenty of brilliant men who have done a great service for the bodybuilding community over the years. However, those newcomers who are still struggling to discern truth from error may find their pursuit of knowledge made all the more difficult when they can’t even depend on the higher-ups for accurate information. It is with this in mind that I decided to address some of the comments made by this individual (who will remain anonymous out of respect for him. Hey, we all make mistakes at some point, so a little forgiveness is in order), as it deals with the designer steroid/prohormone industry; a subject that I have taken a great deal of interest in over the last 15 years.

In the text that follows you will find my initial reaction to this video, followed by a series of comments from Mr. Anonymous and my subsequent responses. In order for the reader to get a feeling for how this conversation progressed, my responses appear as they were originally provided.

Wow! So much inaccurate information in this video, but frankly, it doesn’t surprise me. Allow me to begin by saying that prior to this post, I knew who Mr. Anonymous was, but could not bring to remembrance anything he had written; largely because I don’t read the magazine he writes for. My point in saying this is so that you understand I have no bias for or against Mr. Anonymous in anyway. I am also aware he is an educated man on various topics within the industry, but this subject does not appear to be one of his strong suites, as the video clearly demonstrates a limited degree of knowledge regarding not only the actual compounds contained in Vida’s book, but of the OTC drugs which have been released onto the market from 2004-until the present (Note: 2004 marks the date the first methyl was released onto the OTC market). Below are my responses to certain comments made within the video.

All non-prescription steroids listed in Julius Vida’s book Anabolic and Androgenic Agents (from which the majority of today’s OTC orals are derived), were never considered for production due to excessive hepatoxicity and/or ineffectiveness.

I got a big heart chuckle out of that one, but before we move onto the evidence, let’s apply a little common sense. As Mr. Anonymous stated in the video, there were 100’s, if not 1,000’s of AAS developed from the 1940’s-1960’s. However, only a small percentage of these drugs ever went on to be tested for hepatoxicity in humans. This fact alone invalidates his claim, as it is impossible to know with a high degree of accuracy just how toxic a drug is without actual testing. It is also worth nothing that with such a large number of AAS developed during this time, it would be exceedingly unlikely for only a few dozen of them (a rough estimate of the number of ASS which went onto be sold as prescription drugs in the U.S.) to be suitable for human use from a toxicity standpoint.

The truth is that toxicity had very little to do with why the vast majority of these drugs were rejected as viable candidates for prescription status. Rather, the majority were discarded simply because they did not display characteristics deemed advantageous for the treatment of specific medical conditions, which was the primary reason for the development of AAS in the first place.
For example, if researchers (employees of pharmaceutical companies) were looking for a drug which could be used in women and children, one of the most pressing concerns would be the drug’s androgenic potency, as strong androgens are likely to lead to the development of male secondary sex characteristics; a side effect which would have been considered unacceptable given the target population. Right off the bat, this single prerequisite disqualifies the vast majority of AAS from consideration.

As another example, if researchers were looking for a drug to treat those afflicted with anemia, the steroid would need to exhibit above average proficiency at increasing RBC count, while simultaneously displaying a relatively weak androgenic component, in order to cut down on the severity of androgenic side effects in female patients. Or, if they were searching for a drug which could be used to treat short-stature children, one of the first priorities would be making sure the steroid does not aromatize, as estrogen is the hormone responsible for sealing the epiphyseal growth plates.

While a may have provided a few basic reasons as to why certain steroids were chosen and others rejected, the process was much more elaborate than this, with virtually dozens of potential factors evaluated, until the researchers were reasonably confident that the drug they selected possessed an effect profile best suited for the treatment of a specific condition in a predetermined population.

It is an undeniable fact that many of the non-script AAS listed in Vida’s book are no more toxic than many prescription AAS, with a great deal being significantly less toxic, especially when compared to drugs such as Halotestin, Anadrol, and Myagen (Bolasterone). At the same time, there are also quite a few which display greater toxicity. The point here is that the classifying the entire category of non-script AAS as too toxic for human use is not only wrong, but irresponsible, as the non-script drugs listed in Vida’s book are not necessarily any more or less toxic than prescription AAS.