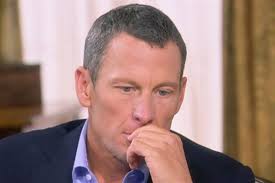 Lance Armstrong surprised the world when he was interviewed with Oprah over doping allegations. Many had suspected doping with Armstrong for years, so the surprise was not from the doping itself, but from him admitting this in front of a worldwide audience after years of public denial.

Many athletes have faced allegations of doping just like Armstrong. Names like Bonds, Sosa, and Clemens are all names that are linked to the “steroid era” in baseball, but no matter how much evidence has surfaced, none of these athletes have come out and publicly admitted to using performance enhancing drugs.

So we have some history here about some points I’m about to make, we do need to look into the history of the Tour de France. This event started in 1903 and has been a race that has had somewhat of a cult following in France and the rest of Europe. Europeans had dominated this race, until an American by the name of Greg LeMond pulled out a win in 1986. Cycling as a sport was not followed by many in the United States before Lance Armstrong. His ability to defy the odds by beating cancer and winning the Tour de France finally gave Americans a reason to take notice of the sport.

Is doping new in cycling? Is Lance Armstrong part of a team or generation that alone broke the rules? Or is this something that just now come to surface? When I look back on the historical facts, cycling may be the dirtiest sport on record when it comes to doping. There are more documented cases in this sport than any sport because more people have died during the event, and when there is a body, there has to be some explanation of death.

A Welsh cyclist is reported to have died in 1886 during a cycling event after drinking a mixture of cocaine, caffeine, and strychnine. The first real drug scandal in sports arose in 1924 after Henri Pelissier abandoned the Tour de France and decided to sit down with a journalist to tell him all about their use of cocaine, strychnine, chloroform, and other drugs to keep going. Over the next 90 years, the list goes on and on with documented cases of doping in cycling and the Tour de France.

Even though this sport has seen more than it’s fair share of doping cases over the years, it is only recently that this has received much attention. Lance Armstrong has been viewed in two different contrasting lights over the years. Some viewed the athlete as a man that beat cancer and used his success to help other cancer victims. This was the hero view. Others viewed him as a very arrogant and selfish person that never had his team in mind, and only him winning at all costs.

Many of Armstrong’s teammates with the U.S. Postal team carried a lot of resentment and distaste for Lance, and its not clear if this is out of jealousy for the success Armstrong had, or if it was the way they were used to help Armstrong win. In cycling teammates use one another to “draft”. This is where a cyclist rides behind another to avoid the wind to conserve energy. This could be compared to how it is done in Nascar, when a car rides behind another car to gain momentum to pass. In cycling many teammates will rotate on who is in front to spread the energy. This was not always the case with Armstrong’s team. With the U.S. Postal team, Lance called the shots and always put himself in position to win. This probably caused some ill feelings among team members that also had a desire for the spotlight and success that Lance enjoyed.

Before Armstrong’s string of victories the Tour de France was a focus in Europe and not in the United States. Europeans seem to care much less about doping than people in the United States. In this country the words cheating and fair seem to be something you see a lot when it comes to sports and doping. In many other countries where poverty is more common, people realize that life is not fair, and they have more things to worry about than whether or not an athlete used drugs during competition. So having an American in the focus of the Tour de France is one reason that the doping issue is as big as it is. After all, the U.S. government did spend 60 million dollars prosecuting Barry Bonds for steroid use in baseball.

During the Oprah interview, you could tell that Lance thought hard and chose his words wisely before speaking. He never wanted to name anyone else in the sport that had used drugs, but he wanted it to be known that it was widely used throughout the sport. Oprah started the interview off with a list of questions that could only be answered with a yes or no. This took away his ability to explain anything when he was trying to be honest.

I questioned why he decided to do the interview. Athletes that had been accused in other sports like Barry Bonds and Roger Clemens continue to deny drug use, even though the evidence is stacked pretty high. The difference here is that Lance had so many teammates speaking against him. It just seemed obvious, and his coming out prior to the solid accusations and publicly denying all drug use when interviewed by Larry King caused people to call him a liar. It seemed that everyone had lost respect for him, he lost all of his endorsements, and he was asked to step away from his own foundation. Losing the foundation seemed to hurt him the worst, and by doing the interview he seemed to want to gain a little respect and trust back from the public.

I have never met Lance Armstrong in person, so I could not say whether the guy is a jerk or not, but I do know that he did use his success to do a lot of good things with his foundation. I can’t think of another athlete that has given more effort or had a bigger impact on cancer research and fundraising than he has. For him to be treated like an outcast due to drug use that has been used in his sport for over 100 years is just plain wrong. Floyd Landis, the teammate that blew the whistle on Lance, tested positive for testosterone when he won the Tour de France, so it is obvious that performance enhancing drug use is widespread in cycling.

When U.S. doping agencies are involved, like USADA, there tends to be a target on some someone’s back, and this time the target was on Lance Armstrong’s and there was no way to dodge this bullet. These agencies did spend a lot of money to point a finger and to justify their agency’s existence, so in their eyes it’s a job well done. They got their scapegoat with Lance.