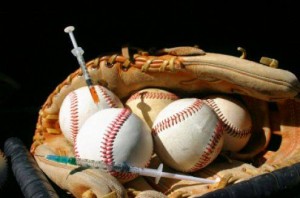 The arrival of Spring brings a guarantee of two things, warmer weather and the beginning of a new baseball season. Professional baseball has suffered a few black eyes over the past decade with several highly publicized doping scandals. At times these scandals have seemed to overshadow the game itself. Many people are not able to list the team that won the World Series over the past few years, but they could list many of the players that have been caught or accused of using performance-enhancing drugs. Barry Bonds became a household name in America, and not for ability to play baseball, but for his supposed steroid use.

I am not a baseball fanatic and never have been, but I was a much bigger fan of the game when guys like Canseco, Sosa, and McGwire were launching the ball out of the park. It was just plain fun to watch. It was this time, now labeled as the ‘steroid era’, that attracted fans back to baseball after the 1994-95-labor strike. Much has changed in baseball since the 90s. The drug policy in Major League Baseball in the 90s was so relaxed, that players could take high doses of steroids without fear of ever being caught. This drug policy has evolved to become the strictest of any in professional sport in the U.S.

When a professional athlete tests positive for anabolic steroids or any other performance enhancing drug it often becomes headline news. Former National League MVP, Ryan Braun, received a standing ovation by fans upon his return from a 65 game suspension handed out for steroid use. News regarding this standing ovation filled up the majority of conversation by ESPN analysts over an entire day. Many felt that Braun is now considered a cheater and didn’t deserve the praise he received from fans.

There have been a number of baseball players that have tested positive for steroids, been accused of using, or admitted to taking these drugs. These players make up just a small fraction of total active or retired players. Drug testing in baseball has become more stringent. There are more tests given, more drugs are tested for, and there is now offseason testing. Jose Canseco estimated that 85 percent of Major League players used anabolic steroids. Even though players are not quite as big as they were when Sammy Sosa and Jose Canseco played, it is still believed that Canseco’s estimate is accurate with today’s players.

It is agreed that Major League Baseball does have the toughest drug testing policy among all professional sports, and it is now the consensus among most of our population that many if not most professional baseball players use steroids or other performance enhancing drugs. So if only a small percentage of the players are testing positive or being implicated, how are the rest getting away with it?

Professional athletes are just that, and they focus on their job, which is performing in their selected sport at the highest level possible. At the professional level where large amounts of money is involved, such as the NFL, MLB, and NBA, it is common for athletes to have many people on payroll that can assist them with performance. Many will have personal nutritionists, chefs, and it is not uncommon for an athlete to have a personal physician to aid them on their quest to be the best they can be.

Many such physicians have more knowledge than your average physician on how performance enhancing drugs work and how to manipulate things to make sure an athlete will pass a drug test. Before the recent changes in drug testing in most sports, an athlete could use anabolic steroids at a high dose during the offseason (except for nandrolone and boldenone) and cruise through the regular season on HCG or something similar to that. There was no offseason testing and athletes would often take advantage of the opportunity to pack on several pounds of muscle for the upcoming season. That has all changed and an athlete is subject to testing year round. This has brought about changes in the type of steroids that can be taken and how they are taken.

There is a method of using exogenous testosterone where a person can still fall into the acceptable T:E ratio. When testosterone is attached to an ester such as propionate or cypionate there is an extended half-life. Taking testosterone with an ester would be fine for someone that is not a drug tested athlete, but the longer the half-life, the higher chance of detection. Testosterone that is not attached to an ester does not carry a traditional half-life as other steroids, and the detection time can be under one day depending on dose. Many players have turned to this form of testosterone to still be able to pass a test. Many athletes have been successful with dosing testosterone suspension at a dose of just 25mg in the morning with T:E ratios returning back to normal as quickly as the same evening.

Since lower levels of testosterone must be taken to pass a drug test in baseball, many other drugs that are not tested for or that are undetectable are added to the mix. This now common practice and was shown to be the case when Biogenesis founder Tony Bosch revealed the drug regimens given to several high profile MLB players. The list of drugs included low doses of testosterone, HGH, IGF, and several other growth hormone releasing peptides. Thyroid medications are often added at low doses for its ability to increase protein, fat, and carbohydrate metabolism, which has been shown to increase lean muscle mass.

The T:E ratio test hasn’t always been shown to be accurate. Some individuals lack a gene that produces the enzyme UGT2B17. When this gene and enzyme are absent high levels of testosterone can be taken without failing the T:E ratio test. The absence of this gene is more prominent in certain ethnic groups. It is most common in East Asians with 65 percent of the population lacking this gene compared to the least common Caucasians where 90 percent of the population has the gene. This fact has been known for many years, and some players have been able to rely on this still pass a drug test while still taking steroids at high doses.

Players in Major League Baseball are not quite as big as they were in the late 90s. That is a given, but to think that steroid use has been eliminated or has declined is absurd. The spectrum of drugs taken today is much larger. There is too much of a risk of testing positive on a steroid test when taking steroids at a high dose, so low levels of steroids are taken along with a number of other drugs and peptides. Testosterone is still king, and I doubt we will ever see a group of drugs that will surpass what steroids can do for putting on muscle mass, and the lower dosages of steroids that are now taken explains the size difference of players today versus two decades ago. Even though baseball now has the toughest drug-testing program in baseball, I still feel that the number of players using performance-enhancing drugs is still where Canseco first estimated it to be.