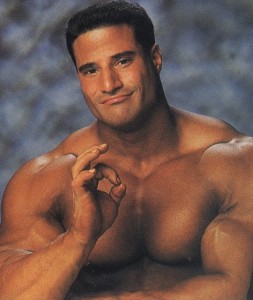 If you carry a respectable amount of muscle mass, it’s inevitable that you have encountered a few of the dreaded middle aged men who are dying to tell you that they used to look JUST like you did (or bigger). The pudgy dough boys always want you to know that they didn’t always look like this; Usually it is followed by how having children of having a job completely derailed their bodybuilders physique (and they usually have nothing to say if you tell you work full time and have kids). It becomes even stranger if this happens in the gym and you notice that they really have no clue how to train.

This phenomenon is puzzling to me. First of all, do they actually believe that they used to look like a bodybuilder? Let’s pretend for the sake of this article that it’s told from the vantage point of someone who resembles a competitive bodybuilder and maintains a respectable body fat level (visible abs and vascularity). I have a hard time believing this average slumped over beaten up man used to look bigger than 99% of the population, as the standards of development have skyrocketed. What’s considered big now would have been considered absolutely freaky back when these guys were “in their prime”, what the hell are the chances that there were secretly legions of ripped 220lb men wandering around in 1982?

Now of course it’s possible that an ex-bodybuilder could come up to you and say this, but that is rare and you would likely be able to tell or come to that conclusion through further discussion. Let’s call it like it is and agree that these guys are pretty much full of shit across the board. What makes them compelled to approach you to unveil this urgent information? Perhaps they are at a point in their life where they feel defeated and stale and living vicariously through some kind of imaginary past it makes them feel just a tad better about their manhood. So they are either simply delusional or desperate. I quite enjoy asking lots of questions to seem interested and hear them build themselves up.

The distant cousin to the old-timer is the “you should see my friend/brother/second cousin/co-worker”. This is perhaps even a stranger character, as they are not even preaching tales of their own success to you – but building a mythology around a peer that quite honestly might not even exist. At least not in the form they are describing. This person is determined for you to know that they know someone who is possibly the same size as you…but even more likely they are “even bigger”. It’s never another gym member who is a competitive bodybuilder or anyone well known either, it’s some friend or family member who conveniently you will never meet or encounter and there is no photo evidence of them either. In all likelihood, the person being discussed is usually a big strong guy who looks big in a sweatshirt but carries a lot of bodyfat and the person telling the story has no grasp on body composition.

What makes people say these things? Is there any possible way they actually think you want to hear this story or will somehow be impressed by backless stories of either themselves or peers with no proof or reason for caring in the first place? The male ego is an extremely interesting thing, and if you get these types of goofs approaching you with this nonsense just smile because it means you have developed a good enough physique to make other people feel insecure – not that making others insecure is something to be proud of, but it’s a reality when it comes to men and muscle and other peoples reactions are not something you can control…so just just take it as proof your hard work is paying off. They are subconsciously trying to downplay your accomplishments to pad the bruising on their own ego.

It’s very annoying and if you take it at face value can be seen as extremely disrespectful, but I encourage you to laugh it off and even have some fun with them. Keep a smile on your face and sneak a few shots in there…they brought it on themselves.