How to Choose your First AAS Cycle 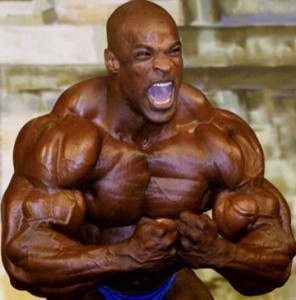 What should I use for my 1st cycle? This is a question every single steroid user has had to ask himself. Usually, those contemplating jumping into the deep end of the pool will seek out counsel from experienced users before making their final decision. This is a wise choice, but are they always getting the right answers? In this article I am not going to focus on dosage. Rather, I am going to talk about which steroids are ideal for a first-time user. Keep in mind that opinions vary greatly on this subject, with both sides making some good points, but in the end no stock answer can be given. The decision to use steroids should be approached with careful consideration and common sense. Whether one is running their 1st cycle or their 20th cycle, steroid selection should be governed by one’s goals and needs.

Unfortunately, many today seem to have lost sight of this basic fact, believing that a one size fits all approach is adequate. Additionally, trends have changed over the generations, with each one holding a different view as to the “right” way to get started. This has only served to further muddy the waters for first-time users. For decades, stretching from the late 50’s through the 80’s and even into the early part of the 90’s, Dianabol was frequently the drug of choice for first-time users. Despite relatively low dosages, many guys made solid gains with this regimen and side effects were minimal, but as time went on more and more guys started to gravitate toward testosterone. At this point, testosterone is the most commonly recommended 1st cycle.

A good argument can be put up for this recommendation. Testosterone is not stressful to the liver. Recovery of the HPTA takes place fairly quickly. Being necessary for normal physiological functioning in males, using testosterone will help the individual avoid side effects associated with testosterone deficiency. It is one of the safest steroids, having little to no effect on the internal organs when used at reasonable dosages (outside of the prostate). However, testosterone is also one of the most side effect-ridden steroids, being prone to causing a host of androgenic and estrogenic side effects. In fact, the entire reason steroids were originally created was to minimize the side effect profile associated with testosterone, while maintaining its anabolic effects. This is how Dianabol came into existence.

Many think of Dianabol as nothing more than America’s attempt to establish physical dominance in competitive Olympic weightlifting and while this is true, it is only part of the story. In a 1954 trip to Vienna, Dr. Ziegler met with a Russian Physicist who, after enjoying a few drinks, informed him that he had been giving his Olympic lifters testosterone. Upon returning to the United States Dr. Ziegler experimented with testosterone on himself, as well as a few others. After noting an abundance of side effects, he went on to develop Methandrostenolone (Dianabol), which displayed a significantly reduced androgenic potency, along with increased anabolic activity…and you know the rest of the story.

Before going over the pros of a non-testosterone 1st cycle, let’s take a minute to look at testosterone’ side effect profile more closely. Being a potent androgen, testosterone is prone to androgenic side effects such as acne, oily skin, hair growth, and alterations in mental-emotional state, but testosterone also converts into DHT, the primary metabolite responsible for balding in men. One might try to rationalize this side effect by saying “Balding is genetic, so if you carry the balding gene, you are going to lose your hair regardless of whether you use testosterone or not”. True, but using testosterone at typical cycle dosages greatly increases the concentration of DHT in the scalp, potentially speeding up the balding process significantly.

We also have to concern ourselves with side effects related to aromatization (the conversion of testosterone into estrogen), which can result in gynecomastia (the formation of female breast tissue), water retention, female fat pattern distribution, and increased blood pressure, among others. Avoiding these side effects requires the concomitant use of an aromatase inhibitor such as Aromasin, Arimidex, Letrozole, etc.

Now, not everyone will respond equally to testosterone. Some people seem to handle testosterone very well, demonstrating a near immunity to its side effects. Naturally, these individuals will probably think testosterone is a great 1st cycle choice, but for those who experience a variety of unwanted side effects, you will likely find a very different opinion regarding its suitability.

For those of you who venture onto the boards, how many times have we seen someone inquire about a first cycle, only to be shot down or made fun of when they express interest in running anything other than testosterone? This sentiment is regularly expressed on websites all over the Net, yet it completely ignores the fact that not everyone wants to be a hardcore BB’r or strength athlete. As I stated earlier, steroid selection should be governed by one’s goals and needs, not by some preconceived notion of what should or shouldn’t be done. This makes steroid selection a very personal thing.

These days there are many people, the majority in fact, using steroids for purposes other than competitive BB’ing and in many of these cases, the effects testosterone provides are not compatible with their goals. I can think of many instances in which the typical testosterone-based cycle is far from ideal. For example, does it make any sense for a male physique competitor, who is judged on whole-body appearance (hair, skin, etc), to use large doses of a drug which can negatively impact the very areas he is judged on? What about the athlete who has no interest in getting as big as possible, but is looking to increase his strength and muscular endurance in order to improve his performance on the track? What about the guy who wants to look good for personal reasons…or someone who is afraid of losing their hair prematurely? Should we automatically load all these people up on testosterone? Probably not. Although it may seem like I am coming down on testosterone pretty hard, I am not. I think it is a great drug–one of the very best steroids for many people, but just not for everybody.

Before moving on it would be irresponsible not to touch on the necessity of testosterone from the standpoint of sexual function. Being the natural male sex hormone, testosterone plays an essential role in sexual functioning by providing DHT; a byproduct of testosterone metabolism responsible for obtaining erections. Aside from DHT itself, no other steroid hormone, except for trestolone, is capable of meeting this need. For this reason, by the time someone begins doing cycles which will result in prolonged periods of testosterone deficiency, it is wise to begin utilizing at least a replacement dose of testosterone, even if the individual does not have a particular affinity for the drug.

With a multitude of potential side effects, a few of which are largely irreversible, I am often hesitant to recommend testosterone to 1st time users. If a prospective user wants to start off with testosterone and has fully educated himself on the drug—both the good and the bad–he will have my full support, but for those who are on the fence, I frequently advise getting one’s feet wet with easier to manage compounds, as this gives the individual some time to contemplate the jump to harsher drugs, while simultaneously providing real-world experience with AAS. In this area, my beliefs are more closely aligned with those of previous generations, which I believe approached this issue in a more sensible fashion.

Generally speaking, the steroids which are the least likely to cause the above mentioned side effects are non-aromatizable, non-progestagenic AAS with a relatively weak androgenic component. This includes steroids like Anavar, Primobolan, Turinabol, H-Drol, and Epistane. Even drugs such as 1-testosterone, boldenone, Dimethazine, methylstenbolone, and SD are relatively mild in these categories. None of these steroids, when used at normal dosages, are anywhere near as likely to cause androgenic side effects as testosterone, and estrogenic side effects are an impossibility.

I am certain that someone reading this right now is sitting in their computer chair thinking…“SD? Are you serious? SD is one of the harshest steroids around!” Is it really? Define harsh. If you are talking about liver toxicity, I would agree that SD demonstrates above average liver toxicity, but nothing out of the ordinary or which poses a threat to one’s health when used responsibly. All oral AAS stress the liver to a degree, but as a group, oral steroids are considered a relatively safe category if drugs and have been allotted a low-risk status by pharmaceutical companies. In fact, many of the drugs people use every day are liver stressing, such as Tylenol, alcohol, acne medications, anti-depressants, oral contraceptives, and 100’s of other drugs that people use without a second thought. Most of the time, the person is not even aware that the drug is toxic. Out world is literally flooded with drugs, both prescription and OTC, which are liver toxic—many of them to a much greater degree than oral anabolic steroids.

The point here is that oral AAS are a relatively mild class of drugs when it comes to the liver. This is demonstrated in the fact that millions of people have used and abused oral steroids for decades, yet the number of people admitted to the hospital with serious liver complications is astoundingly small…and of the few cases which do exist, all of them were the result of either excessive abuse or pre-existing conditions. I have yet to find a single documented case of serious liver damage which doesn’t involve one of these scenarios.

Keep in mind that cleansing the body of toxins is the liver’s job. It exists for no other reason other than to purify the blood of toxins—a job it excels at. For this reason the word “stress” is often taken out of context when describing the liver’s reaction to oral steroids, as the word implies that the organ is dealing with something unnatural or damaging. This is inaccurate. The liver is constantly dealing with toxins of all sorts and regenerating and rejuvenating itself on a daily basis. Only when the toxic load becomes too great for the liver to handle does a problem arise. This is why we can drink a couple glasses of wine every day and live a long, healthy life with perfect liver function, but if you pound a couple 1/5th’s of jack every day, you’re probably going to develop cirrhosis sooner rather than later.

I have spent a considerable amount of time discussing oral steroids and the liver, so that my position is clearly understood. While I am not going to get into the risks associated with the long-term use of orals (as it is irrelevant to this discussion), I wanted to address the claims of certain orals being to “harsh” for 1st time users, when the reality is that orals are safer for first-time user than long-term users and the overall side effect profile is often miniscule when compared against many injectables, including testosterone! So, before one defines a steroid as harsh based on a single characteristic, it makes much more sense to evaluate the drug as a whole, as many of the steroids typically referred to as harsh are some of the most mild in terms of overall side effects.

Regardless of which steroid you chose employ your fist time through, your #1 priority should be to make sure it is an ideal candidate for your goals and needs. Whether it is an oral or injectable doesn’t matter, but you should always do your homework before making your selection, as this will increase your odds of having an enjoyable experience and minimizing the chance of regret.