Hashtags and Headphones: How to Save Yourself from Future Embarrassment 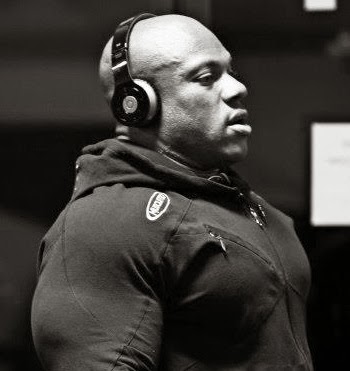 Bodybuilding these days can be tricky business, and the amount of social pitfalls one can fall into has skyrocketed. Back in the olden days, all you had to do was avoid fanny packs and Zubaz pants and you were pretty much okay. Hell, even those were considered cool in their time and if you had the physique to back it up, no one really questioned it but looking back they definitely can cause some questions…mostly ‘What the #$@% was I thinking?”. While falling into goofy trends might not make or break your competitive career, it can definitely dent your ego and cause some laughs in the future. With social media exploding the fitness game like a potato left too long in the microwave, I feel we are open to a whole new world of cliches and behaviours that will make us think WTF when we look back.

No one needs to know when you are working out. I would be shocked if there was a single facebook friend on your list anxiously awaiting for you to check in at your local training facility.It does not affect their day, and whether people know does not affect yours. I’m not sure if it’s just obsessive social media posting or true egotistical delusion that makes people inform the world that they are going to go lift weights, but you are not bringing those people with you for a spot. If you train like a wuss, the emotional pat on the back you get from every “like” you see pop up in your notifications will not make up for it or redeem your weak effort. Conversely, if you truly train like a beast and go into the gym with nothing but intentions of having the most productive session you possibly can, it will not be rendered useless due to it being absent from your Timeline. Personally I don’t even care to hear about anyones workout after it happened no matter how intense it was, let alone see someone hype a trip to the gym that hasn’t even happened yet. Just train.

Likewise, your entire profile picture album shouldn’t be bathroom selfies. This is especially sad if there is a new one every few days when you haven’t even given yourself time to make any progress in between (probably too busy posting about your workout…). If you compete and have a particular stage shot you are proud of as your main display pic, that is understandable but please, for your own sake have some “human” pictures in there to balance it out so you don’t look back and wonder if you even owned clothing.

Hashtags might be the most misunderstood aspect of today’s social media based world, and it seems that bodybuilders are especially immune to the proper use of them. They actually do serve a purpose of “Tagging” your post into a specific topic (ie #bodybuilding – now when someone searches bodybuilding, your post will be included in the search results) this seems to escape many posters and they think hashtags are just cool one liners that make them look more badass. I hate to tell you, but I doubt many people will be searching #workingon19incharms or #deadlydeltsfordays any time soon. So basically this just makes you look like an idiot. If you make money from social media then by all means utilize effective hashtags to increase followers and reach out to a target audience….but maybe go back to square one and learn what they actually do before including twenty-seven of them on your next post.

Supplements are a cornerstone in our world and play a vital role in many peoples routines. While some people like to argue how ineffective they might be in comparison to the cost, there is enough science backing most of major supplements that arguing that they are completely useless just makes you look dumb. However, you DO NOT need to bring several tubs of powders in your gym bag and mix them either pre or post workout on the gym floor. I see this daily, and I can’t quite decide if it based on some form of trying to look “hardcore” by people who think the latest pre-workout with a skull and crossbones on the label is pretty much like steroids in a can and want the attention and the appearance of being “in the know”, or simply rooted in the OCD belief that they must be consumed within 30 seconds of your first or last exercise or else the compounds just go straight out of your ass into the toilet.

Will big headphones (*cough* Beats By Dre *cough*) be the new fanny packs?? Okay, maybe I am just jealous I don’t get the same audio quality using my dinky earbuds but……We will see.

Finally, the slang. Oh my dead god, the slang. “Bro” has been around long enough that sadly I think we have to accept that it’s here to stay, but the Do you even lift?/she squats bro/dem quads tho is going to be the fitness equivalent of “phat”. Don’t join the chain of parrotting nonsense, you will thank yourself later.

It’s hard to imagine how so many of these people even find time to work on their physiques with all this extra curricular activity they keep up. One thing that is timeless is hard work and passion, and it will never go out of style. Judges aren’t going to mark you down for having an obnoxious instagram profile, but you might look back and want to smack yourself. There’s nothing hardcore about telling people how hardcore you are, so if you buck the trends and put your nose to the grindstone you might achieve the results and genuine respect you so desperately desire.