First Thoughts When Reflecting on 2014 In The IFBB 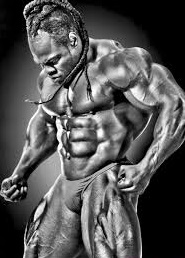 2014 was not an overwhelming year in terms of headline worthy news in the world of IFBB bodybuilding. The top players remained the top players, and few shows resulted in the type of buzz that we so impatiently beg for. Instead of shocking performances and huge improvements, we saw much more of the same from the people we are used to seeing. That being said the year was not entirely a waste if you view it objectively, as the overall quality of the top echelon is higher now than it was for the most of the last decade. Here are a the things that come to mind when I quickly ponder 2014…

– Kai Greene’s position as people’s champ started off more solidified than ever going into the 2014 competitive season. However, I don’t think the same could be said as we close out the calendar year. I wouldn’t say he slipped from the position entirely, but he is not seated as confidently in the throne. A loss of restraint at the Mr.Olympia press conference and on stage during prejudging brought some controversy to fans, but it was his “illness” and withdrawal from the show in Prague that raised some eyebrows. Bodybuilders are allowed to get sick, but to wait until after prejudging where you were clearly in 3-4th spot definitely makes the decision slightly fishy.

– Phil Heath is still the best, but has something to prove. Phil was a borderline perfect bodybuilder in 2011, and then in 2012 he was pushed by a fully peaked Kai Greene. If you go back and look at pics from 2012 now, I think Phil caught unnecessary flack and his showing was better than the internet mobs would have you believe. Regardless, he showed up in 2013 bigger and better and shut the door. I would say 2014 was the first time we saw “The Gift” take a legitimate step backwards, and he was down in muscle size and also condition (although still the deserving winner). This begs the question…have we seen the best of Phil? Or will this years Mr.O serve as a fire that burns through his prep next year to inspire the best Phil yet?

– Dennis Wolf got some retribution at the Arnold Classic. I will be blunt and state my opinion; Dennis Wolf should have won the 2011 and 2012 Arnold Classic instead of Branch Warren (especially 2012). It was clear those two losses stung Wolf, who felt he had bested the Texan. Hell, they even gave Warren the best poser award for a routine comprised of hands to the ear applause begging and most musculars. After 2 runner up spots, many wondered if Wolf had missed his chance at the second biggest showdown in bodybuilding. Even the biggest Wolf supporter could see he was having a few issues with certain body parts not remaining as full as they used to. Thankfully for the beast he seems to have finally struck the formula for success and not only took the Arnold Classic crown, but several other titles in the post Olympia European tour and arguably was the most conditioned guy in the entire Mr.O line up.

– Big Ramy is still a huge question mark. Ramy was 80% in his first New York Pro victory. Since then, he has improved 2-3% every show but is still not bringing anything close to what is needed condition wise. That being said, at this years show in Vegas he looked like a possible winner from the front. He has added more polish and balance, while finally showing some separation in his thighs that was non-existent in his first two showings. However, many of us are tired of saying “if”. This man is Mr.Olympia waiting to happen, but bodybuilding fans are quick to jump ship and he needs to make some changes ASAP before the support goes away.

– Shawn Rhoden could possibly slip into the number 2 spot in the world next year with a few more lbs.

– Dexter Jackson’s story is the same as last year….the man is inhuman.

– The IFBB scheduling is simply faulty. There were several times this year we had two shows on the exact same date, with the same classes. How it can possibly be justified to feature two 212 IFBB contests on the same day when there are many boring lulls in between shows with no scheduled competitions is beyond me. If bodybuilding wants to even be mentioned in the same breathe as other professional sports it needs to be managed and scheduled like one.