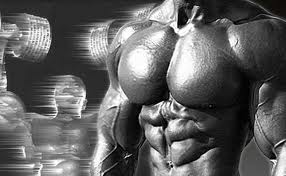 The most basic component of every workout is the repetition. Although small, it forms the foundation of everything we do. In fact, the entire training experience, when broken down into its most fundamental essence, is comprised of nothing but reps. Perform several reps in succession and we have a set. Perform several sets and we have a workout. All are derived from and revolve around the concept of the rep. In addition to this distinction, the manner in which we perform our reps is also of considerable importance. Although seemingly trivial on the surface, rep performance plays a crucial role in determining the type of results we get from our training. Is strength your main focus? How about muscle growth? Are you training for explosiveness, or are you trying to build up your muscular endurance? If you look closely at the training styles of various athletes, you will see a significant difference in the way that they perform their reps.

Olympic lifters explode with tremendous force on the positive portion of the lift, while neglecting the negative part of the rep altogether. Powerlifters train similarly, but perform their negatives with control. BB’rs, at least traditionally, have been less precise, using a wide variety of rep speeds and techniques, but why is this? There are several possible explanations for this. Some believe that occasionally changing things up prevents the body from adapting to any one style of training, so they vary their rep speeds, while others simply have a preference for one cadence over another. However, the long-standing belief that an explosive positive, followed a slow and controlled negative, provides the best results, has caused the vast majority of BB’rs to adopt this particular method of rep performance.

These conclusions were reached through the partial misinterpretation of scientific research. With faster concentric contractions having been demonstrated to engage a larger number of muscle fibers, the general consensus was that faster positives provided a greater growth stimulus. At about that same time, the eccentric part of the rep was shown to be more important for stimulating growth than the concentric portion, so the natural question was “how do we best take advantage of this part of the rep?” We assumed that if we lowered the weight quickly, gravity did most of the work for us, thereby decreasing muscle tension and reducing the growth stimulus. So, the natural conclusion was that slower negatives were more beneficial.

For the last 40 years we have repeatedly been told that slow, controlled negatives are superior for growth. Popularized by Arthur Jones and elaborated on by Mike Mentzer, both men advocated an exaggerated negative lasting 4-6 seconds. About a decade after Mike retired from the stage we saw Dorian Yates take up the mantle of Mr. Olympia. As the best BB’r in the world for 6 years running, Dorian’s training philosophy had a tremendous impact on the BB’ing community, causing nearly everyone to re-think the roles of volume, intensity, and recovery in the growth process. As a proponent of many of the principles espoused by Jones/Mentzer, Dorian also believed, by way of the previously presented logic, that slow negatives were ideal for maximizing muscle growth. This, along with added support from magazine writers, trainers, and others within the industry, helped further solidify the belief that slow negatives were superior.

Fast-forward a couple decades and here we are, once again questioning the validity of a basic training tenet that until just recently, seemed destined to remain a permanent fixture of the training experience. Could it be possible that over the last 40 years, all the people who championed the slow negative were wrong? Well, if we look to recent research to provide us with the answer, then the answer appears to be a resounding yes, but in order for us to understand why this is the case, we must first learn what happens when a muscle contracts.

There are two types of contractions that take place whenever we perform a traditional repetition. The lifting portion of the repetition, also known as a concentric contraction, takes place as the muscle shortens against resistance, while the lowering portion of the repetition is referred to as an eccentric contraction and occurs when the muscle lengthens against resistance. Both phases are required to complete a full repetition, and although they may seem to be nothing other than the same movement in reverse, the reality is that they each one affects the muscle in drastically different ways.

An eccentric contraction happens in much the same way, with myosin attaching to and detaching from actin, but there is one major difference. Unlike a concentric contraction, which is powered by ATP, an eccentric contraction is not. Instead, when myosin detaches from actin, it is caused by the forced lengthening of the muscle fiber. Basically, instead of nicely letting go of each other as soon as the contraction is complete, they are ripped apart. These forced detachments cause myosin to pull on actin much harder, which is responsible for most of the muscle damage that takes place during training. More so, it is this muscle damage which is the primary stimulus for muscle growth. Numerous studies have examined the relationship between muscle damage and muscle growth, with eccentric-only training having been repeatedly proven to promote a greater growth response than concentric-only training. This is why we have always been told to “take advantage” of the negative portion of the rep by lowering it slowly, so that we can get full benefit from this part of the repetition, but this is where we got it wrong.

Without a shred of scientific evidence, just about everyone falsely assumed that the best way to place maximum stress on the muscle during the negative portion of the rep was to lower the weight slowly. However, the truth is that the more slowly we perform the negative portion of the repetition, the LESS beneficial it is for muscle growth. This is because slower negatives lead to reduced muscle tress through decreased levels of muscle damage. I am sure the next question on your mind, is “why” do faster negatives increase muscle damage? After all, isn’t this the exact opposite of what we’ve been told all these years? Without a logical explanation, something like this would be hard to accept, no? After we think this thing through, you may find that you believed it all along, but let’s begin with that explanation.

Remember how I said that the forced detachments that occur with eccentric training are primarily responsible for the muscle damage we incur during training? Well, eccentric contractions at greater velocity increase the power of these forced detachments, causing increased amounts of muscle damage. In laymen’s terms, the muscle fiber must work harder to slow down a faster moving weight compared to a slower moving weight, increasing muscular stress. More stress translates directly into a greater growth response.

Picture yourself standing at the bottom of a hill and your job is to stop the car that’s coming down the hill from running you over. Let’s look at 2 possible scenarios. There are two cars—both are in neutral. One car is placed nearly at the bottom if the hill—maybe a few feet away—and the person in the car let’s off the brake. The car begins to roll forward, at which point you immediately place your hands on the grill and stop it from rolling any further. However, car #2 is at the top of the hill when the brakes are released and by the time it reaches you it is now going 35 mph. Do you see where I am going with this? In the same way that it takes much less force to stop a slowly moving car, it is also takes much less force to stop a slowly loving barbell. The principle is one in the same, whether we are talking about a car, barbell, or an incoming bullet.

After I first read these new study results, I started wondering about the potential ramifications of this research—how it would impact the beliefs and training styles of BB’rs everywhere. Then I realized what a huge percentage of BB’rs already train this way. Certainly, performing one’s reps in an explosive, rapid-fire fashion is nothing new and has been an ongoing practice for many, many years. While rep speed varies tremendously across the board, with BB’rs falling on both ends of the spectrum, most tend to perform their reps with a fairly quick tempo. If the traditional 4-6 second negative was so superior, why did just about everyone seem to ignore it in favor of performing faster reps? Could it be that somewhere inside our head, even if only at a subconscious level, we inherently believed that training with very slow negatives was not the best way to achieve optimal muscle gains? We must have. There can be no other legitimate explanation for it. Had we truly believed all the nonsense being pounded into our heads all these years, then we would have been doing it all along. In reality, very few people actually train this way.

Now, even though faster negatives result in a potentially greater rate of growth, I cannot in good conscious recommend anyone take this form of training to the extreme. Rather, we should perform our reps as quickly as possible, but without going outside our own personal safety zone, which will vary from person to person. Some individuals, such as Branch Warren and Johnnie Jackson, have been doing so for years without any issues—and they are among the most thickly developed BB’rs in the world. In fact, the majority of the largest BB’rs who ever lived trained using an explosive, rapid-fire style of rep performance.

While not everyone trained as extremely as Branch and Johnnie, almost all employed what would be considered a fairly explosive training style. This includes BB’rs such as Sergio, Arnold, Haney, Ronnie, and Cutler—all of whom were considered to be the most well developed men of their respective generations. At any rate, very few top BB’rs actually perform their negatives slowly. Not only has real-world experience clearly demonstrated the effectiveness of explosive, rapid-fire training, but we now have scientific evidence to back it up.
In my own experience, as well as those I know, performing our reps more quickly on both the positive and negative portion of the rep has always produced the most dramatic results. Inevitably, whenever I would revert back to the exaggerated negative method, gains would taper back off. One word of advice here—those movements which maintain maximum tension on the muscle at the fully stretched position seem to benefit the most by this type of training. This includes exercises such as bench presses, shoulder presses, rows, leg presses, squats, etc, while movements such as barbell curls maintain zero tension at the bottom of the movement and therefore, they fail to reap maximum benefit at the moment of transition between negative and positive. Regardless, the principle still holds true that faster negatives provide a superior growth stimulus.

If you have been training with a slower rep cadence and want to stimulate new growth, or you just want to try something new, you might want to consider abandoning your old style in favor of a more rapid rep speed. As always, take the time to warm-up thoroughly and stay.