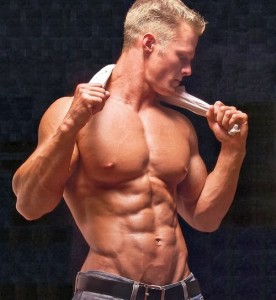 The list of misused or exaggerated terms in bodybuilding and fitness stretches far out of sight. Of the hundreds of misused terms in our industry, two interesting terms that are often incorrectly used, but seem to fly under the radar are “metabolism” and “appetite”. It seems that every athlete in our sport claims to have either a rapid fire metabolism, or the metabolic rate of a three toed sloth.

Why is it that athletes rarely if ever claim an “average” metabolism? This question is especially interesting when one considers that the word average implies to something that pertains to the majority. So what could conceivably explain this phenomenon?

The fast metabolism argument is generally accompanied by a hatred for eating. The slow metabolism argument is often times, though not always, accompanied by an enjoyment of eating large amounts of food, or at the very least the ability to do so. So the question must be asked, where are the bodybuilders who do not like to eat, but also have a “slow metabolism” so it all works out? One would be hard pressed to find an athlete claiming to meet this description. It simply does not make logical sense that these types of people do not exist in our community. When examined, it would stand to reason that this metabolism paradox is caused by the lack of recognition given to one’s appetite.

You will often hear a person claim that they know a competitor who “eats whatever they want” and still gets hard. What most individuals fail to grasp is that “whatever you want” varies vastly from person to person. Whatever competitor A wants could be a small bag of chips and a six inch sub, whereas whatever competitor B wants could be a whole pizza with ice cream for dessert! One must be leery when assuming a person has some sort of God-sent metabolism, just because they claim to eat whatever they want. You may actually be eating significantly more calories and carbs than that person while on your diet, due to their poor appetite.

Another delusion of metabolism can be caused by the consumption of “junk food”. For whatever reason it seems that many people mistake “junk” for “a lot”. Commonly, individuals will eat fast food or pizza every meal of the day and assume they are eating huge amounts of food, mainly because it is junk food. If a 200 lb. bodybuilder eats fast food and pizza three times a day, however, they only eat one burger and a medium fry or one slice of pizza per meal, of course they won’t gain weight! The same can be said for people who tend to eat all day long or “graze” but only consume a few bites each time. Through the eyes of onlookers, this individual may appear to be eating a lot of food (especially if it is “junk food”) whilst not gaining weight, when in reality this is not the case.

It would stand to reason that bodybuilder’s appetites may actually play a much greater role in weight gain and/or loss than their individual “metabolisms”. Some prime examples of bodybuilders claiming a “fast metabolism” are Dexter Jackson, Jay Cutler, and Mike Liberatore, just to name a few. While all of these athletes often discuss their rapid-fire metabolisms, they are also very open about not liking to eat. Dexter in particular has said numerous times throughout his career that he prefers drinking shakes so that he does not have to eat at all! This begs the question, do they really have super fast metabolisms, or does it only seem that way to them due to having a lukewarm relationship with food?

Opposing examples include, Kai Greene and Ronnie Coleman. Nobody ever heard Ronnie complaining about his metabolism, however good money could be bet on him requiring three times as much food as Dexter or Mike. Due to his immense appetite and ability to consume huge quantities of food, metabolism was never an issue for Ronnie. Who had a faster metabolism than the Masterpiece BBQ disposal himself, at a shredded-to-the-bone 295 lbs.? Kai falls into a similar category, who’s eating prowess has become something resembling a mythical legend, inside these tight-knit walls of bodybuilding. If Mike were to eat bite for bite with Kai Greene in the off-season, it is fairly safe to say that Mike would quickly turn into a bloated whale of a man. In similar fashion to Ronnie, Kai has also never made mention of his metabolism. In fact, some experts in the industry have stated that Kai actually has a slow metabolism!

The simple fact of the matter is, if you’re going to carry around 250 lbs. or more of active body tissue all day long, train intensely with weights six days a week and do some sort of cardio, you’re going to have a fast metabolism! However, it is difficult to buy the story that some vast underlying difference in base metabolic rate is causing each competitor to require exceedingly different amounts of food. Of course, this discussion is referring strictly to the majority. There are certainly exceptions, they just seem to be far more rare than many people think. A prime example of one of these exceptions would be Juan Morel. Juan has been blessed with the Mako shark of metabolisms. Some may call this quality a curse, however, that statement will more than likely never be heard coming from an individual with a “slow metabolism” or more importantly, a preparing-for-hibernation-grizzly bear sized appetite.