Fast Metabolism, A Blessing And…. A Curse? 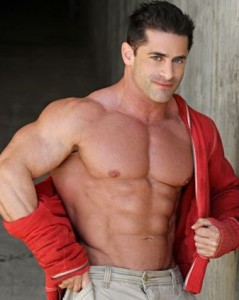 It would seem that most people feel a person’s metabolism is tied exclusively to that person’s ability to lose or gain fat tissue. However, this is not 100% accurate, as a persons metabolism is more closely related to his or her overall body weight than it is his or her body fat percentage. Body fat is dependent on several different factors, whereas body weight is based heavily on only two things, a person’s metabolic rate and simple energy balance.

IF a person has an extremely fast metabolism they will certainly be thin, but it is far from guaranteed that they will be super lean. On the same token, a person with a slower metabolism will more than likely be heavy, but not necessarily have an unusually high body fat percentage. This would leave one to believe that differences in metabolism between individuals alone may not be the underlying factor in determining how efficiently a person stores body fat.

It stands to reason that a combination of several factors outside of metabolism have a greater pull in regards to fat gain than metabolism alone. What these factors are exactly is up for debate between all the hardcore science nerds out there, but they likely include things such as insulin sensitivity, food allergies, digestion efficiency, natural growth hormone, estrogen, testosterone, myostatin levels, etc. It is unfair to blame a person’s ability to store fat solely on his or her metabolism. Proof that factors outside of metabolism alter the amount of fat a person stores can be seen all the way from the average Joe to elite level bodybuilders.

There are plenty of people out there who are very likely to be fat just by nature. These individuals will typically appear bloated and “pasty” with a round face, regardless if they are light or heavy. It is unlikely that metabolic rate alters the shape of a persons face and/or the density of their flesh. It is not uncommon for a person to be underweight and have trouble gaining weight, while simultaneously sporting significant love handles and chubby cheeks. Does this person have a fast metabolism because he or she can not gain weight, or a slow metabolism because they have love handles and a puffy face? Obviously something else is going on inside this person’s body besides their metabolism.

Professional bodybuilders who have out-of-the-ordinary genetics are the strongest indicator that factors outside of metabolism control fat gain. Interestingly, the bodybuilders who claim to have the most out of control metabolisms also seem to gain more muscle weight than the majority of other bodybuilders. Some of the highest claimed metabolisms come via Juan Morel, Dave Palumbo, and Dexter Jackson. All three of these men are known for not getting fat no matter what they eat, and generally their “fast metabolism” is given the blame. If their metabolism was to blame for this, it would stand to reason that these men would have had a hard time gaining muscle mass while simultaneously fighting against this high metabolism. However, a hard struggle for muscle could not be further from the truth in the case of Juan, Dave, and Dexter.

Dexter Jackson complained about his rapid-fire metabolism causing him to require far more food than he prefers to eat for his entire career. Meanwhile, Dexter managed to add one hundred pounds of solid muscle to his physique, at a skyscraper height of five feet six inches tall. What other bodybuilder of this short stature was able to gain one hundred pounds of muscle between his first contest and the pinnacle of his career? Dave Palumbo is a similar example to Dexter, yet even more extreme. Never in his life has Dave had a double digit body fat level, regardless of how much food he was consuming. Dave was another guy who would constantly comment on the absurd amount of food he ate during his competitive career, referring to his metabolism as a blessing and a curse. Despite this other-worldly metabolism, Dave gained about 150 pounds of muscle in a relatively short period of time. It is hard to believe that Dave’s metabolism was all that fast if he was capable of gaining 150 pounds of solid muscle weight in ten years or so.

No discussion of metabolism is complete without mentioning Juan Morel, who for all intents and purposes has the “fastest metabolism” our sport has ever seen. This is a man who has 20 thousand calorie cheat days on a weekly basis and dumps buckets of oil on his clean meals when he is not cheating. It seems that it is literally impossible for Juan to gain any significant amount of body fat. That said, this formula one metabolism is having zero effect on Juan’s ability to gain body weight in the form of muscle. For the last five years or so, without exception, Juan has added 10 to 15 pounds of muscle mass annually and continues to do so.

One may argue that Juan and the rest of these men have “efficient” metabolisms as opposed to “fast” metabolisms. A person with a fast metabolism should in theory have a hard time gaining weight and obviously, gaining 15 pounds of muscle tissue per year does not in any way shape or form describe a person who can not gain weight. Something about the specific physiology of these men makes them extremely unlikely to store fat, while at the same time allowing them to gain huge amounts of muscular body weight. Bodybuilders who are able to gain fat more easily, who one would assume have a “slow” metabolism, for some reason are unable to gain muscle like these rare metabolic freaks. Athletes like Lee Priest, Jeff Long, Evan Centopani, and other guys who have to watch their weight, actually seem to build muscle slower than competitors like Juan who have an “extremely fast” metabolism. This paradox makes little to no sense in regards to what “fast metabolism” is generally thought as.

Common knowledge would suggest that for a person who gains over 100 pounds of muscle in ten years, or consistently gains fifteen pounds per year for several years, complaining about a fast metabolism is an unfair complaint. These metabolic mutants also commonly state that their crazy metabolism is both a blessing and a curse. I would love for someone to explain how a metabolism which makes it impossible to gain body fat, but allows you to gain massive amounts of muscle mass at the same time is in any way shape or form a “curse”.