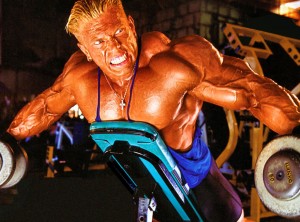 Bodybuilding contest sure have changed. Over the years as every new division has slowly been added to the line up, the length of the show has stretched further and further to the point where now it can feel like some sort of hunger strike backstage with hundreds of athletes withering away waiting to get back on stage for the night show. If you were to simply look at ticket sales you would likely come to the conclusion that bodybuilding is more popular and there are more fans in attendance than ever.

However that simply is not true for the most part, as the majority of these audience members are simple family and friends of casual competitors in the bikini and MPD division. Overhearing the conversations taking place can be heartbreaking and maddening to any die hard bodybuilding fan as not only do they have very limited knowledge on bodybuilding itself, but most of these people find it disgusting and are more likely to laugh than become intrigued.

I had become discouraged as of late attending these shows due to that exact problem, as it seemed like bodybuilding fans were actually the extreme minority in the audience, while out of place uncomfortable support teams for fly by night bikini/mpd competitors filled the majority of the seats. It’s really hard to get a pulse on the popularity of the bodybuilding with all of these “filler” fans asses taking up the spots, and I was starting to feel like possibly the only people there to watch bodybuilding were other competitive bodybuilders themselves.

I recently attended the Eastern USA bodybuilding championships in NYC, which were won by young Dominick Cardone. As the line ups piled into the building, I encountered a few of the typical “my daughter is in this thing…do people actually watch this stuff?” questions and overheard comments from lost spectators, but I also had a few surprises. More than a couple people were there to buy tickets simply to spectate. Through brief conversations, I came to the conclusion that some of these people were actually there to watch the event on their own will and were not dragged by a family member or friend. More interestingly, many of them were not bodybuilders themselves. An older gentlemen of maybe 165lbs was asking me how the qualifications for nationals worked and what winning this show meant for the ones who would be victorious. Others were younger men who clearly liked to train but were not bodybuilders by any stretch of the imagination.

Unfortunately this is not common across the entire country but it was uplifting to see that in the true hot beds for the sport there is still a passion towards old school bodybuilding. Back in the previous golden era’s bodybuilding had plenty of support from non competitive fans, and in my opinion that is the true gauge of popularity of a sport. An audience full of competitive bodybuilders is sort of a default and a given, and to be frank most bodybuilders do not give back into the sport financially as they are trying to make money from the industry. Will we ever see another era where the general public buys tickets to check out a bodybuilding show to see what it’s all about?