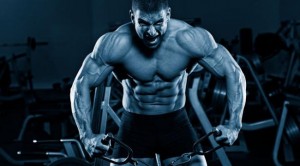 We are always told that high level Bodybuilding is not about who has the most strengths, but who has the least weaknesses. While this might remain true to a degree in that any glaring lack of a body part will most definitely hinder your ability to place well at the highest ends of the sport, there is an amount of dissonance between what we have seen and what we are told. Fact is most Olympia winners and top 3 finishers over the years have had a set of ridiculous body parts that stand out in comparison to their physiques (it should be noted that they also had very few weak points). My point being; having glaring weaknesses is not okay, BUT neglecting a strong body part in preference to try to bring your lagging features up might not be the smartest route if you are looking to turn heads.

Arnold had his chest and bicep peaks. Lee Haney was known for his back development, as was his successor Dorian Yates (and conditioning, if you count that). Ronnie had everything (he isn’t human). Jay Cutler had a pair of ridiculously huge legs complete with striated quads that few could stand next to. Our current champion Phil Heath has arms that in my opinion are the best pair in the history of the sport…I know a few people might argue that but no one can deny they are in the highest percentile. What we see by analyzing these elite competitors is that they had body parts that blew up within the first few years of training and they used them to set themselves apart from their peers. Fact is, if you walk on stage and immediately have a superbly developed set of arms/delts/legs/etc there is no way for the audiences’ eyes to not immediately gravitate towards you. Once you have the attention and it was garnered in a positive way, the judges now have you in their head as the “guy with the XYZ” and they will be looking to see how the rest of you stacks up. Here’s where having no serious weaknesses comes into play…as long as everything else is reasonably developed and not obviously absent, the thought process of the one analyzing is likely to go “Oh, his back is not too bad either…and he has quads, too” etc. Once you have established that initial “wtf” response, your goal is to just not let them down in any serious regard. This of course is not universal, but using our champ again as an example; Do you really think Heath would be Mr.Olympia if he had average arms? Absolutely not. They are his showpieces. They hit you with the WTF, then as you analyze the rest of him there is nothing to really pick apart. However, if his arms were just average, the rest of his physique would not be enough to really stand out. He would still be a phenomenally complete bodybuilder, but I would bet my balls he wouldn’t be a 3 time Sandow holder.

So, how does any of this matter to us mere mortals? Well, first off I see a lot of people in the first few years of training talk about trying to bring up _____ body part. When you are still 30-40 lbs away from reaching any kind of maximum potential, it really doesn’t make any sense to think like this. If you compete at 200lbs but have a weak back, do you really think your next step should be bringing your back up to the same level of development as the rest of your body just to compete at 203lbs and look exactly the same but now with a better back? Not only do I feel that simply isn’t how the body works, I think it’s a silly mindset. If your development in a certain muscle is lacking due to not being able to truly feel the muscle contracting during training, then that needs to be addressed ASAP. A lot of times people tend to go too heavy with a specific muscle group without feeling it, and that is why progress is stalled not necessarily any type of genetic weakness. Once all things are equal in the training aspect, for the most part your shape and proportions are going to be relatively set (not including SEO use) and stay in their own balance as you progress. Most times when someone said they “finally” brought up their calves or other notoriously common lagging bodypart, what they fail to mention is they also grew 10lbs of muscle spread over their whole body. I am not saying it is impossible to focus on one body part through added training frequency or other techniques, but most of the time if they do bring up one specific area it was because they were neglecting them or half-assing it in the first place, or have added mass everywhere.

So let’s look at strong points. Whenever someone tells you their _____ grows too fast, slap them. Fellas with the t-rex arms and dainty clavicles; embrace your rapid quad growth and inability to fit into jeans because without those quads you would look like a vegan. And dudes with the huge arms and chest; you better be thankful you look huge in a t-shirt cause your legs look similar to your little sisters. DO NOT stop training your strong points…rolling back on the intensity to a degree is okay but sacrificing the only part of you that warrants the head-turns in the gym mirror just to make your shitty parts less shitty is bad logic in my books. By all means, add more volume to you weak points…train them twice a week, make that day your high carb, throw a rest day in either before (to be fully recovered for training) or after (to fully recover from training), hell…do it all. But instead of being a moderately big guy who brings up his quads but lost his arms in the process and is now just an evenly-not-so-developed bodybuilder, allow your body to grow how it will and worry about the slight imbalances in the end. Those trophy muscles you have might be the only thing setting you apart when you decide to compete, so you should wear them with pride.