Double Your Weight Loss in 3 Minutes a Day? 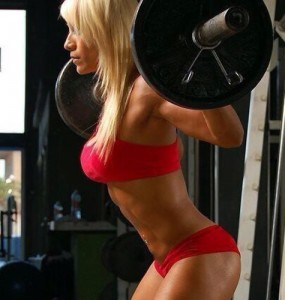 If I told everyone who walked into my offices that if they exercised 30 minutes a day they’d double their weight losses, I have no doubt that no one would so much as blink, and many a gym shoe would be sold. Yet when I tell people that in order to double their losses they’ll need to spend no more than 3 minutes a day keeping a food diary, I might as well be putting needles in their eyes given the pain and anguish I regularly see flash across their faces.

What is it about 3 daily minutes of food diarizing that strikes fear in the heart of dieters who’d happily commit to 30 daily minutes of sweating? The answer lies with the difference between perception and reality as well as with the burden of pre-existing belief.

For most, the perception of food diarizing is one of painstaking tedium fueled in part by the underlying belief that a food diary’s job is to meter out unflinching and brutal judgment. Of those two diarizing lodestones, the first is just plain wrong, while the second is terribly misguided.

Let’s start with the tedium piece. First off I think even the most hardcore anti-diarizer would find describing 3 minutes of any sort of effort “tedium” to be a stretch. True tedium, when considered honestly, would necessitate a great deal more time than just 3 minutes a day. And as far as the actual effort involved goes, things sure have gotten easier.

Whereas when I first opened my offices’ doors in 2004 and food diaries were truly handwritten affairs, nowadays there are smartphone apps to do all of our food diary heavy lifting. These apps invariably come with built in food databases, and of course remember what you’ve eaten in the past leading users to eventually not need do more than select a recurrent choice from a pre-populated drop down list.

And given our current technologies, even from scratch calculations take minutes at most – whether its entering your recipe into a computer program to crunch calories for you (like Mastercook for PCs or MacGourmet for Macs), or entering in each ingredient into a website like calorieking.com and simply adding them all up and dividing by servings, I’d wager at most it would take 5-10 minutes a day – a way easier 5-10 minutes than were you spending them doing high intensity interval training for instance, and unlike HIIT, you’ll only need to do it once to derive benefit as once each recipe is crunched the first time it will forever remain in your app’s database.

So what of judgment? Aren’t food diaries there to ensure people are “accountable”? Technically, I suppose so, except at some point society decided that when it came to weight management the word “accountability” referred to always feeling guilty if your calories were high or your choices indulgent. But food of course isn’t just fuel. As a species not only have we been using food for comfort and celebration since the dawn of time, it’s also the world’s oldest social network, and it’s perhaps the most stable source of pleasure in our lives. Consequently guilt is not an appropriate emotion for choosing to use food for purposes other than fuel.

Calories aren’t meant to be stuck in gymnastic-like perfect number landings. Ultimately our job from a health perspective is to consume the healthiest diet that we can enjoy, and if weight is a concern, the smallest number of calories that we need to like each day. Just as every day is different, so too will be that smallest number. Some days are simply worth more calories and a food diary isn’t capable of deciding that for you.

To understand what I’m getting at, consider money. There are many considerations before making a spending decision. For instance, before making a purchase it would be wise to know how much money you have in the bank, how much you make each month, and how much something costs – but you’d also want to know what and who the purchase was for, whether or not it was a special occasion, when the last time you splurged was, and so on. So too with food.

Calories are not meant to be the sole determinant of whether a food is worth it or not. Nor is your weight, or your health. In fact I’d argue there are likely dozens of considerations that should be taken into account when considering if an indulgence is, “worth it”.

That said, at the end of the day calories are in fact the currency of weight. Sure the exchange rate may vary a bit with different types of foods and between individuals but at the end of the day, gains occur with bio-available caloric excesses and losses with deficits, and just as if you’re spending money, it’s crucial before you do so that you consider your purchases’ price tags even if you don’t know the exact currency exchange rate. Ultimately, food diaries are there to inform and guide your next dietary decision, never to make it.

Studies involving food diaries are very clear. Those who keep them lose more weight than those who don’t, with some studies suggesting a few minutes a day of food diarizing doubles a person’s losses.

Personally I haven’t missed a day of food diarizing since May 7th, 2011 and if it takes me more than a minute a day to keep mine, I’d be well and truly shocked. Given I’ve already crunched the numbers on everything I eat regularly, diarizing only involves the few seconds per meal and snack that it takes me to choose from my drop down lists, and on those rare occasions I eat something genuinely new I’ll spend a few extra seconds looking it up, or simply add a straight calorie value without a description as if it’s a food I’m rarely eating, why waste time typing in all the details?

At the end of the day, what stops people from using food diaries isn’t time or tedium, it’s misplaced beliefs and false perceptions and I’ll tell you, if weight is a concern, 3 minutes of effort a day to lose twice as much weight and keep it off – well that’s a ridiculously fair price to pay.

Editor’s Note: If you enjoyed this article, you will enjoy Yoni’s New book, The Diet Fix, available in bookstores everywhere and on Amazon.com: http://www.amazon.com/Diet-Fix-Diets-Fail-Yours/dp/0804137579

About the Author
Yoni Freedhoff, MD, is an assistant professor of family medicine at the University of Ottawa, where he’s the founder and medical director of the Bariatric Medical Institute – dedicated to non-surgical weight management since 2004. Widely known as Canada’s most outspoken obesity expert, Dr. Freedhoff sounds off daily on his award-winning blog, Weighty Matters, and you can follow him on Twitter Dr. Freedhoff’s latest book is The Diet Fix: Why Diets Fail and How to Make Yours Work.