Did You Get Bit By the Wrong Fitness Bug? 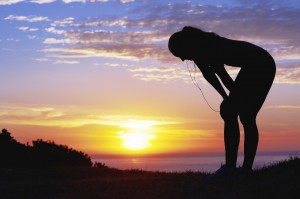 The mental health effects of training and competing is a subject rarely discussed in the bodybuilding or fitness society. This is something I think we should talk more about because it’s an important subject to take more seriously. A healthy identity or self esteem is essential for any person to function properly in society and through the journeys of life. Our identities are formed based upon experiences, getting to know your strengths and weaknesses, acknowledging your achievements, being loved, having sexual relationships and many other important key factors which makes us what we are.

People who have a lack of these factors tend to seek other ways to receive confirmation. It is human nature to seek confirmation, to feel loved and to feel like they belong in society.
The purpose of this article is to examine and look further at what can happen to people who turn to fitness and bodybuilding, pitfalls or other problems by having an identity that is mostly based upon your physical attributes.

There is nothing wrong with training because millions upon millions of people pack their gym bags every week to go to work out. The discrepancy is that they have been bitten by the right fitness bug – they have got hooked into fitness on healthy terms.

The wrong way into fitness is when your whole identity is basically built upon how you look, because you have chosen to get involved in competing and the fitness lifestyle. It is not a compliment to feeling good and it becomes their whole life situation. They also start to distance themselves from cultural norms.

As an example I remember talking to one of the best female fitness athletes from Sweden a while ago. We talked about her accomplishments, the future career and what her weekly schedule looked like.

After a while she brought up one of her own issues. She started to talk about how she really felt about herself and her mental status. She mentioned that she had edema, and was suffering from insomnia and dark colored pee – stressed out. Conclusively she did not feel good about herself at all – both mentally and physically. I should add this was when she was eating more normal and not being on a strict diet.

Further on I told her that health should be number one priority and that competing or training when you’re not feeling well is not really a good thing. She responded and told me straight up that to her, health comes in second place – the highest priority was to compete and look good.

I told her that she already had showed everyone that she is one of the best and that one day she might want to have kids… and to settle down from the career.
Her situation is unfortunately not that uncommon.

Other examples are blogs that testifies that both depression and anxiety is very common and more than often something that an athlete has to take care of on their own. The coach or personal trainer seems to lagging in when it comes to these types of problems and this is happening in the general culture of fitness as far as I am concerned.

It is not hard to figure out how a person might feel about themselves after winning trophies and then losing their contest shape or not placing well in a contest in the forthcoming.
Many of the competitors fall under due to these occasions, and as I mentioned – mostly because that their identity is based upon their physical attributes. Some of them have mental issues that are not taken care of before they go all in as a competitive athlete. One idea is to go to a sport psychologist and seek help, because no one should suffer too extensive just because they train and compete.

I truly believe as I have mentioned before that is important to distance yourself from fitness and competing. By keeping distance I believe that you should have other forms of favorable hobbies or interests outside of you fitness career.

Another example that portrays the things I’m after, regarding other interests or passions that define you outside is Arnold Schwarzenegger. What makes him strong, aside from bodybuilding, is his curiosity and passion for many things in life like politics, acting, doing business, being hungry and starting new projects. All while he is still passionate about the sport that he once, basically created.

Same goes for Corey Everson. She has many different projects and passions on the side, like charity events, entrepreneurship, horses … Again, outside the bodybuilding or fitness scene.

One day, like it or not, the stage lights will not shine one you anymore and that makes it important to have a backup plan.

The truth of the matter is that many of the athletes are involved in coaching… I’m not talking about just coaching them to the next race through training and diet. In addition get them to their blood work done.

The ones who gets pointed at by this article – It is time to stop glamorizing the fitness culture – it is at many times like I mentioned an elite sport with tons of sacrificing.
I want you to put the physical attributes aside for a minute and get together with your clients or yourself, to see if you might need a change in your training and competitive career – both to gain progress on a personal and competitive level.

In the final words, I want to give a last shout out to the veterans and to those who has been in the game for a long period of time, competing, coaching or in any way being involved in the industry. I Believe it is time to start to focus more on the matters of health – both psychological and physical when the new comers of the fitness world arrives because the path is not strewn with roses. It is as hard as any elite sport out there and has its bright and dark corners as well and thereby needs more realism to develop in a healthier direction.